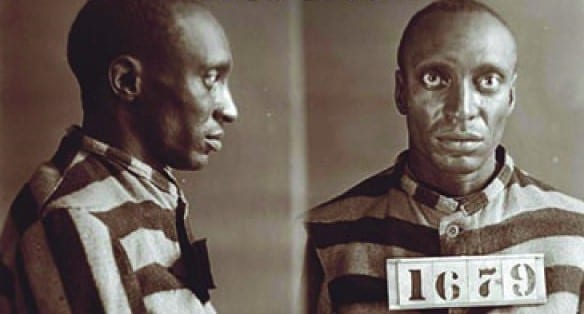 In the late eighteenth and early nineteenth centuries, American physicians developed and promoted biological notions of racial difference that have persisted in various forms to the present. Institutions such as medical schools, hospitals, and asylums were critical sites where these ideas were created and disseminated and where institutional prestige lent authority to the racial science that doctors spread in their writings and clinical practices.

Wendy Gonaver’s The Peculiar Institution and the Making of Modern Psychiatry, 1840-1880 focuses on an institution then known as the Eastern Lunatic Asylum of Virginia to connect the scholarship on race and medicine with the literature on the origins of American psychiatry. Gonaver tells the story of the asylum largely through the history of John M. Galt II. One of the many Southern medical graduates of the University of Pennsylvania, Galt returned after graduation to Williamsburg, Virginia, where he became superintendent of the Eastern Lunatic Asylum, previously run by several prior generations of Galt family members. Founded in 1773 as the Public Hospital for Persons of Insane and Disordered Minds, the asylum was the first public institution in the colonies dedicated exclusively to the care of the mentally ill, although Pennsylvania Hospital had previously had a ward that served the same purpose. By the time Galt became superintendent, the Williamsburg asylum was unusual in two major ways: it admitted whites, free people of color, and enslaved people as patients, and the staff included enslaved attendants.

Gonaver argues that previous literature on nineteenth-century psychiatry has not thoroughly considered the role of slavery in shaping psychiatric discourse and the operation of psychiatric institutions themselves. Relying primarily on the asylum’s own archives and the papers of the Galt family, Gonaver shows how Eastern Lunatic Asylum’s demographic characteristics made the asylum unique, while also connecting Galt to a national and sometimes international network of psychiatrists. She argues that many of Galt’s psychiatric ideas were innovative but were not recognized as such among his contemporaries because of his position as superintendent of a Southern institution that used enslaved labor and that accepted both white and Black patients. 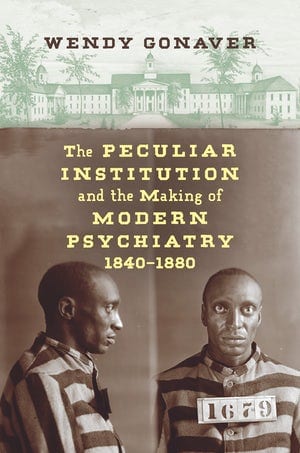 Galt was one of the thirteen founders of the Association of Medical Superintendents of American Institutions for the Insane, the precursor to the American Psychiatric Association, but he often clashed with the other members over issues such as mechanical restraint of patients. In particular, he had an extensive professional conflict with fellow Penn alumnus Thomas Story Kirkbride, superintendent of the Pennsylvania Hospital for the Insane and creator of the Kirkbride Plan, a plan for asylum design that became widely used across the nation. Like many other psychiatrists, Galt supported moral treatment, a therapeutic concept that illness could be cured by a healthy environment, routines, and enriching activities, such as reading. In contrast to other superintendents, however, he believed moral treatment necessitated the elimination of mechanical restraint. Yet Gonaver notes that although he was theoretically opposed to mechanical restraint, Galt did sometimes order patients to be force-fed or to be physically restrained for the purpose of forcible shower-baths intended as treatments.

Gonaver also uses Galt as an example to show that Southern doctors sought to use expertise dealing with Black patients to enhance their professional status as they participated in a broader network of white physicians, as Deirdre Cooper Owens has written about J. Marion Sims and Christopher Willoughby about Samuel Cartwright. According to Gonaver, Northern doctors and reformers thought of Southern institutions as primitive and incapable of innovation and believed that institutions that accepted Black patients and had enslaved attendants could not provide the high-quality care of Northern, white-only asylums.

Additionally, Gonaver argues that Galt pioneered the concept of outpatient care in the U.S. by having some patients to work in private homes in Williamsburg and return to the asylum only occasionally. This practice was inspired not only by his study of a Belgian asylum based on the concept, but also by the local practice of hiring out enslaved people to work elsewhere, a practice by which Galt himself staffed much of his asylum. Paradoxically, he advocated for elimination of mechanical restraints and freedom for patients to work outside of the institution while benefiting from enslaved labor. Gonaver devotes Chapter 2 to describing the work of these enslaved attendants, who were in the unusual position of occasionally having limited authority over white or free Black patients, including physically restraining them or supervising them.

Gonaver explores how social expectations affected commitment to the asylum. She devotes a chapter to religion, arguing that the asylum advanced mainstream Protestantism and that excessive religious enthusiasm was often seen as evidence of insanity. Additionally, she shows in a following chapter how women’s reactions to violence, including sexual violence, domestic violence, and the violence of slavery, frequently led to diagnoses of insanity, adding to existing scholarship on the medicalization of social problems.

The time period of the book, from the antebellum period through Reconstruction, is useful, demonstrating how war and its aftermath changed the institution. Gonaver describes chaos at the asylum during the Civil War, during which Galt died of a laudanum overdose. The end of the war also led to the racial segregation of asylums in Virginia. Black patients were sent to a new institution, the Central Lunatic Asylum, and Eastern became an all-white institution. Gonaver argues that in the Reconstruction period, asylum care for black patients became more punitive than it had previously been. Moral treatment was abandoned, and patients were forced to work on the asylum’s farm, which in some years turned a profit. The number of patients rose extremely rapidly, and the overcrowded institution, funded at lower rates than the state’s white asylums, functioned as “primarily a plantation operation” (190). Like prisons, the asylum operated as a way to coerce labor from Black Virginians and as a means of “punishment for defying white authority” (181).

The Reconstruction period is the era in which the book explains most clearly the social and bureaucratic norms involved in the process of diagnosis and commitment to an asylum. In general, the book could have been more explicit about how the institution or the commonwealth of Virginia went about committing someone to an asylum. The book does discuss diagnosis in some detail with regard to religious expression or gendered reactions to violence, but it does not seem like these were the bulk of cases at the asylum. On page 92, for example, the author describes a patient whose diagnosis defied “conventional classification schemas,” but we learn relatively little about how those diagnostic classifications typically operated at the asylum or what steps occurred before a patient was admitted or denied entry. Additionally, opiates are occasionally mentioned, most notably as the method of Galt’s death, and it would be interesting to know more about the pharmaceutical methods used at the asylum and how they fit into Galt’s vision of moral treatment.

The Peculiar Institution and the Making of Modern Psychiatry is a valuable institutional history, in addition to the contribution it makes to the history of race and medicine. Readers may be interested in reading this book alongside Martin Summers’ history of St. Elizabeths Hospital, Madness in the City of Magnificent Intentions: A History of Race and Mental Illness in the Nation’s Capital, also released in 2019. The recent expansion of scholarship on race and psychiatry in the nineteenth century will add considerably to our knowledge of the history of psychiatry, hospitals, and the connections between slavery and medicine.

Natalie Shibley is a Visiting Assistant Professor in the Science in Society Program at Wesleyan University. She was formerly a Postdoctoral Fellow in the Program on Race, Science, and Society at the University of Pennsylvania. She is working on a manuscript about race, homosexuality investigations, and notions of disease in the U.S. military from the 1940s to 1990s. Follow her on Twitter @nshibley.

Comments on “Race, Medicine, and the Origins of American Psychiatry”