loading...
By Julie Hawks November 15, 2017 Comments Off on Medical Bondage: A New Book on Race, Gender, and Gynecology

This post is part of our blog series that announces the publication of selected new books in African American History and African Diaspora Studies. Medical Bondage: Race, Gender, and the Origins of American Gynecology was recently published by University of Georgia Press. 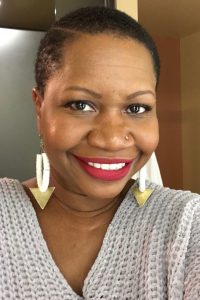 The author of Medical Bondage is Deirdre Cooper Owens, an Assistant Professor of History at Queens College, CUNY. Professor Owens teaches courses on 19th century U.S. History, African American history, and the history of medicine. She is an active public speaker and has served as an expert on slavery, the history of medical racism, and the Civil War on various media outlets like Al Jazeera America, NPR, Slate, and PBS. Owens has written for both academic and public audiences. Her most recent popular pieces have appeared in Rewire, Black Perspectives, and the Democratic Socialists of America blog. She is an international board member of The Berkshire Conference of Women Historians. Professor Owens grew up in Washington, D.C. and Kingstree, S.C. and received her B.A. in Mass Communications from Bennett College, received her M.A. in African American Studies from Clark Atlanta University, and her Ph.D. in History from UCLA. Currently, she is working on issues related to reproductive justice and anti-racism with community groups in New York City and is finishing a podcast series with Teaching Tolerance and the Southern Poverty Law Center on how to teach U.S. slavery to secondary school teachers. Follow her on Twitter @dbcthesis2002. 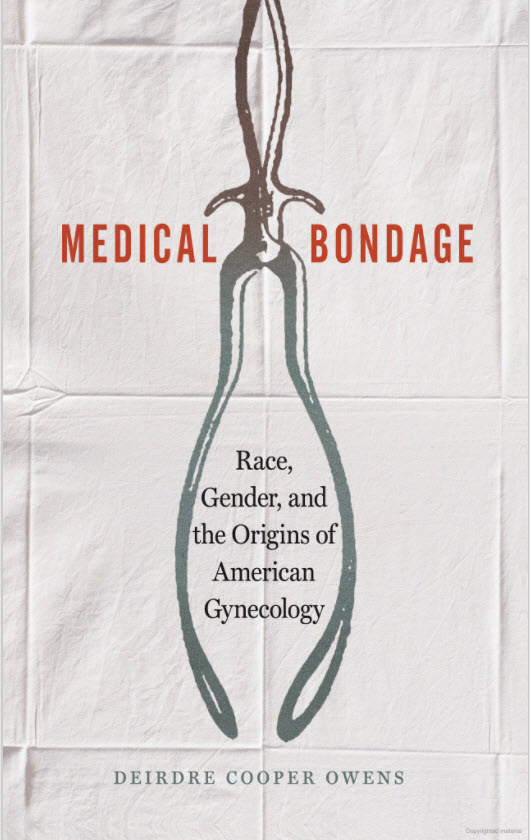 The accomplishments of pioneering doctors such as John Peter Mettauer, James Marion Sims, and Nathan Bozeman are well documented. It is also no secret that these nineteenth-century gynecologists performed experimental caesarean sections, ovariotomies, and obstetric stulae repairs primarily on poor and powerless women. Medical Bondage breaks new ground by exploring how and why physicians denied these women their full humanity yet valued them as “medical superbodies” highly suited for medical experimentation.

In Medical Bondage, Cooper Owens examines a wide range of scientific literature and less formal communications in which gynecologists created and disseminated medical fictions about their patients, such as their belief that black enslaved women could withstand pain better than white “ladies.” Even as they were advancing medicine, these doctors were legitimizing, for decades to come, groundless theories related to whiteness and blackness, men and women, and the inferiority of other races or nationalities. Medical Bondage moves between southern plantations and northern urban centers to reveal how nineteenth-century American ideas about race, health, and status influenced doctor-patient relationships in sites of healing like slave cabins, medical colleges, and hospitals. It also retells the story of black enslaved women and of Irish immigrant women from the perspective of these exploited groups and thus restores for us a picture of their lives.

Deirdre Cooper Owens: The biggest challenge I faced was trying to eradicate all of the voices I absorbed from well-intentioned colleagues, editors, friends, writing group members, and former professors who had competing ideas about how I was to write Medical Bondage.  Once I learned to trust myself, I found it difficult to isolate and amplify the voice of enslaved and Irish immigrant women whose stories and experiences were contained within medical narratives written by white male doctors.

Second, writing a comparative history that centers the medical lives of illiterate women who did not leave written records is an arduous undertaking. What aided me immensely in my methodological approach to research was my earlier training in African American Studies and Women’s Studies. Because of the interdisciplinary nature of these two fields I was able to read sources such as census records that pivoted my focus from gathering statistical data to asking whether babies were born during experimental trials. Doing so allowed me to reveal another facet of the social world of enslaved gynecological patients that called into question the bio-ethical world of antebellum era slave-owning doctors that was appropriate to time and space.

In terms of revising and publishing, I took longer than some of my colleagues to complete my manuscript. I had three big moves, deaths in the family, and had to manage living in an overtly racist town that immobilized me. Once I was able to recover from that experience, take a yearlong sabbatical, and sponsor a writing retreat with trusted colleagues, I was on task and I was able to finish my book even earlier than I had planned.