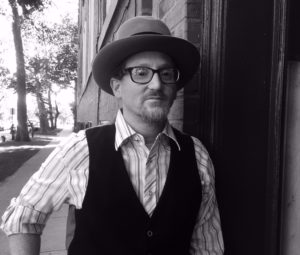 This is a guest post by Peter Cole, a historian of the twentieth-century United States, South Africa and comparative history. Dr. Cole is Professor of History at Western Illinois University. He is the author of Wobblies on the Waterfront: Interracial Unionism in Progressive Era Philadelphia (University of Illinois Press, 2013) and currently at work on a book entitled Dockworker Power: Race, Technology & Unions in Durban and the San Francisco Bay Area. He writes on labor history and politics and tweets from @ProfPeterCole

Paul Robeson was one of the greatest black internationalists of the twentieth century. A gifted actor and singer, he was also an unabashed leftist and union supporter. This resulted in his bitter persecution, destroying his career and causing, to a surprising degree, his disappearance from popular–if not academic–memory. Robeson’s connections to the fiery black dockworkers of the San Francisco Bay illuminate a form of black internationalism still left out of scholarly analyses –what I will refer to as Labor-Left Pan-Africanism.

Robeson’s life exemplified Pan-Africanism, a global movement of politically conscious black people who believed they shared much in common with all people of African descent in Africa and across the African Diaspora. In the 1930s, Robeson embraced this ideology, along with communism, and supported the Soviet Union. Robeson and other leftwing, Pan-African black intellectuals and activists—such as W. E. B. Du Bois, Eslanda Robeson, Vicki Garvin, and Hubert Harrison—fought long and hard for racial equality in the United States and for liberation of African and Caribbean nations abroad.

Robeson connected struggles for civil rights with socialism and working class politics. His interest in black equality first came from his father, William Drew Robeson, who was born a slave and successfully liberated himself. Robeson’s leftist politics emerged in the 1930s, first visiting the Soviet Union in 1934, and subsequently embracing socialism for treating black people as equals. He combined politics and artistry from then onwards.

In 1935, Robeson performed in the London debut of the American play Stevedore.1 The reviewer in the NAACP’s Crisis magazine concluded: “Stevedore is extremely valuable in the racial–social question—it is straight from the shoulder.” Later that year, he also played the lead in C. L. R. James’ take on Toussaint L’Ouverture, itself written shortly before James’ classic history of the Haitian Revolution, The Black Jacobins (1938).

In 1937, back in the United States, Robeson helped to establish the Council on African Affairs (CAA), which promoted African liberation in an era when few Americans actively engaged in such matters. Perhaps its greatest achievement came in 1946, when the CAA submitted a memorandum to the United Nations Commission on Human Rights in support of the African National Congress (ANC). Led by its US-educated President, Alfred Xuma, the ANC successfully fought to prevent the annexation of South-West Africa (now Namibia) by racist, white minority-ruled South Africa. Alas, the CAA was red-baited out of existence shortly after this victory.

In 1942, during WWII, Robeson traveled to Oakland to champion the black and white union workers contributing to the Allied war effort on the home front. One of Robeson’s most famous photos shows him singing the “Star Spangled Banner” amidst a sea of black and white workers at Moore Shipyard in Oakland. The image captures his politics brilliantly, all the more so since Robeson had worked as a shipbuilder, during WWI.

After WWII, the Cold War commenced and black people linked to communism, like Robeson and Du Bois, were persecuted by the US State Department, the FBI, and many so-called patriots intolerant of dissent. Historian Penny M. Von Eschen cites Robeson’s “extreme advocacy on behalf of the independence of the colonial peoples of Africa” as an explanation for his career’s destruction in the Red Scare. I would also add his labor activism.

Just like Robeson, many of the black dockworkers I study adhered to Labor-Left Pan-Africanism. In the San Francisco Bay Area, thousands of African Americans belonged to the International Longshore & Warehouse Union (ILWU).2  This leftwing union was renowned for its fierce and proud commitment to racial equality and black internationalism. Indeed, during WWII, Robeson became an honorary member of the ILWU. Robeson and the ILWU were, in many ways, a perfect fit.

The ILWU was—and remains—amongst America’s most radical unions, led for decades by its leftist President Harry Bridges and supported by many leftists in the rank-and-file. The union put socialism into action in its hiring halls, which dispatched members based upon a “low man out” system in which the person with the fewest amount of hours worked, that quarter, received the first available job.

In keeping with its politics, the ILWU attacked racism on the waterfront beginning with its initial “Big Strike” even though the workforce was 99% white in 1934. Local 10 welcomed thousands of African Americans during the WWII-induced shipping boom and these blacks, alongside leftist white allies, fully integrated their union and fought for civil rights in the Bay Area and nationwide. Due to their aggressive efforts, ILWU Local 10, which represents dockworkers in San Francisco, Oakland, and throughout the Bay Area, became black majority in the mid-1960s with blacks elected to every leadership position available. Truly, the ILWU embodied what historian Robert Korstad labeled “civil rights unionism.”

Robeson understood the significance of the ILWU as a platform from which to demand civil rights. Two of Robeson’s best friends– Joe Johnson and Revels Cayton— belonged to the ILWU. Together, these three black men articulated a commitment to Labor-Left Pan-Africanism.

The best example of its Pan-Africanism was ILWU’s commitment to the struggle against apartheid and, more broadly, for the liberation of all the peoples of southern Africa. In the 1950s and 1960s, the union repeatedly condemned white-minority rule in South Africa and also noted the ironic similarities with Jim Crow segregation in the States. In the 1970s and 1980s, rank-and-file members of ILWU Local 10 formed the Southern Africa Liberation Support Committee, which stood at the vanguard of black working class anti-apartheid activism during this period. Leo Robinson, Louisana-born and a child of the 2nd Great Migration to Oakland, followed in his father’s footsteps to the waterfront in 1963. In Local 10 Robinson became a communist and activist who helped found the SALSC after the Soweto student uprising of 1976. Although Robeson died that same year, after declining health and decades in forced retirement due to McCarthyism, other radical longshoremen inspired by socialism and liberation movements in Africa joined Robinson and following in Robeson’s footsteps.

The black and white members of the SALSC fought for the liberation of black people in South Africa, Mozambique, Rhodesia, and elsewhere in the best way they knew how: direct action on the job. To leftist, Pan-African dockworkers, the most logical way to attack apartheid and racial capitalism was flexing their economic muscle, i.e. stop work. In 1962, 1977, and for eleven days in 1984 (shortly after Reagan’s landslide re-election), they refused to unload South African cargo. By contrast, other black Pan-Africanists embraced consumer boycotts or economic divestment. Local 10’s actions set the bar for US anti-apartheid activism and helped inspire many in the Bay Area to join the solidarity struggle. Nelson Mandela thanked the union on his first visit to Oakland in 1990 and Robinson received a posthumous award from the now-democratic South African government.

Long after his death, Paul Robeson continued to inspire African Americans in the ILWU including the Bay Area’s Alex Bagwell. Like Leo Robinson, Bagwell’s family moved to San Francisco during WWII. In the 1960s, he dropped out of college after admission to the union, which had elevated so many black folks into the middle class. Like Robeson, Bagwell was a leftist and active in the union’s anti-apartheid efforts. He and his wife, Harriet, belonged to a radical choir, Vukani Mawethu, founded by a South African who belonged to the ANC and had gone into exile. Alex and his wife were among those in Vukani who sang when Mandela visited Oakland.

In the early 1990s, though not yet retired, Bagwell finished his B.A. and then earned his M.A. in Creativity and Arts Education at San Francisco State University. For his graduate degree, he wrote a play on Robeson’s life, conducting interviews with twenty people who knew him including Local 10 member Joe Johnson, Robeson’s long-time friend.

After the birth of a multiracial, democratic South Africa, the Bagwells traveled to the country, as part of Vukani Mawethu, to perform there. Other black and white radicals in the ILWU did so, as well. The Pan-Africanism of these dockworkers clearly followed in the footsteps of Robeson, who first championed the rights of black South Africans in the 1940s. The spirit and ideals of Robeson continue to shape the Pan-Africanism of working class black dockworkers who now have established connections with black dockworkers in South African ports. Robeson would be proud.