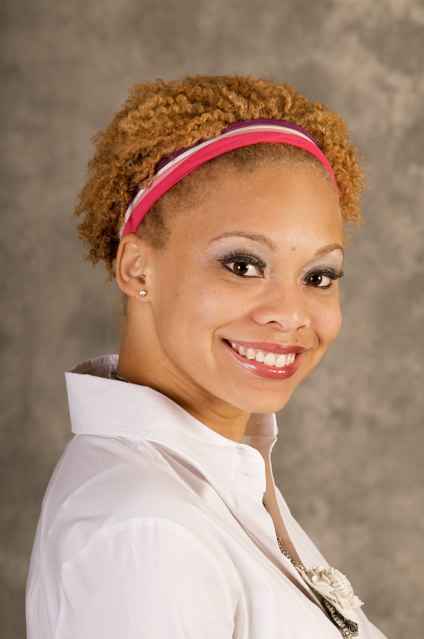 This is a guest post by Jennifer Patrice Sims, PhD, an adjunct professor of sociology at the University of Wisconsin-River Falls. Dr. Sims specializes in social psychology, race/ethnicity and gender and sexuality. Primarily a qualitative researcher, she uses both qualitative and quantitative methodology to examine racial perception, in particular perceptions of mixed race populations in the US and UK. She completed her PhD in Sociology at the University of Wisconsin-Madison in 2014. Her current research examines racial perception, mixed race identity and the sociology of fictional societies, in particular Harry Potter.

In the 1993 satirical musical comedy Robin Hood: Men In Tights, Dave Chappelle plays Ahchoo, the show stealing side kick to Cary Elwes’ Robin Hood. At the end of the movie, when Robin appoints Ahchoo to be the new Sheriff of Rottingham, the all-white crowd exclaims, “A black sheriff?!” (and the blind family servant gasps, “He’s black?!”). They all eventually accept the appointment when Ahchoo responds, “And why not?! It worked in Blazing Saddles.”

Since the release of Robin Hood, black Americans have continued to ask “And why not?!” when white Americans react with incredulity to racial minorities’ presence in movies. From outrage over a black storm trooper in a galaxy far, far away to the rejection of the mere idea of a black man playing James Bond, some white fans expect, and will apparently accept nothing other than, white characters.

This expectation of imaginary whiteness is even more pervasive in literature. In the Harry Potter series, for example, Harry is introduced as a “skinny” boy with “a thin face, knobby knees, black hair, and bright green eyes.” Nowhere in seven books does author J. K. Rowling say that he is white; yet readers knew it intuitively because white is the hegemonic racial group in the United Kingdom. Whiteness need not be specified. It is assumed.

Non-whiteness, however, must be stated. For example, Dean Thomas and Blaise Zabini are both described as tall black boys. In fact, all of the other black characters—Lee, Angelina, Kingsley — are also specifically stated to be black when they are introduced in the text. Asian students are likewise specified, albeit more subtly via culturally suggestive names (e.g., Ravenclaws Cho Chang and Padma Patil), which prevents readers from automatically assuming they are white.

And many readers’ imaginations do default to white when no race is specified. In The Hunger Games series, for example, Rue is described as having “dark brown skin and eyes” yet some movie goers were enraged that mixed race actress Amandla Stenberg was cast to play her. The reality of imaginary whiteness is that in the absence of the explicit words, “[Character name] is black,” even dark brown physical features “should” indicate a white person.

Returning to the Harry Potter series, last year Noma Dumezweni, a black British actress, was cast to play 37 year old Hermione Granger in the play Harry Potter and the Cursed Child, the manuscript for which will be published on July 31 (the day after the play officially opens on West End). Even though the possibility of Hermione being black had been discussed in the past and had been well received by most including J.K. Rowling herself, some white fans took to social media to complain that she’s “supposed to be” white.

Rowling’s descriptions of Hermione, more so than any other character, in the book suggests that she could be a black person. Physically, Rowling describes Hermione as having “lots” of “bushy” brown hair that requires “liberal amounts” of Sleekeazy’s Hair Potion, a petroleum jelly based hair product, to “tame” into looking “sleek.” This description suggests that she has the hair texture of a woman of African descent. Regarding skin color, Rowling’s descriptions tell us that Hermione looks “very brown indeed” after spending a summer in France. The ability to “get quite brown” in the summer (in contrast to white family members whose skin often gets burned) was repeatedly mentioned by the mixed race Britons I interviewed for my research on body work and racial perception. Additionally, while Hermione’s face was once said to have “turned white,” this does not preclude her from being a non-white person since descriptions of a character as a “yellow bellied coward,” “green with envy,” or “white” due to fear are emotional imagery not descriptions of literal physical features.

Descriptions of Hermione’s personality also suggest that she could be black. Rowling describes Hermione as a high achieving, brilliant student who has few friends due to others’ negative perception of her as being “bossy” and having a preference for “hanging around in the library” rather than playing games. This description is similar to the controlling image of the “Black Lady,” a hard-working, highly educated and career focused black woman whose successes earn her stigmatization as “too assertive” and unattractive.

Moreover, Hermione’s social justice activism mirrors the efforts of black activists. These include her establishment of the Society for the Promotion of Elfish Welfare (SPEW) and her “annoying habit” of admonishing her schoolmates for their complacency in the “rotten unjust system” that enslaves house elves.

Despite the clear fact that Hermione could be black, the key word is could be. In the absence of imaginary whiteness, the possibilities are endless. Cormac McLaggen could be Chinese-Scottish like Katie Leung, the actress who played Cho in the movies; and the character of Cho could be mixed race black/Asian like Miss Japan 2015 Ariana Miyamoto. Lavender Brown could be Latina. Or Middle Eastern. Or Maori. Or Cree. Or black…

The reality of imaginary whiteness is, at its core, an obsessive desire to limit these possibilities. It is the expectation of white dominance over not only what is, but also over what could be. Thankfully, movies, books, and plays such as Harry Potter and the Cursed Child are challenging imaginary whiteness by promoting actual racial diversity. In the modified words of Hermione, these works of fiction show that just because some people have the imaginative range of a teaspoon does not mean we all do.

Comments on “The Reality of Imaginary Whiteness”