In 2011, Gerald Horne, reflecting on his life as a historian, asked, “Do our intellectuals and activists think that the status quo of North Atlantic hegemony (during which Jim Crow began to erode) is eternal?” The teleological challenge in this statement captures the historiographic intervention Gerald Horne has made in his magnificent body of work. Over and over again, Horne has systematically dismantled myths of American liberalism, progress, and commitment to equality for all. He has spent years taking seriously a very simple concept—that Africans and people of African descent around the world may have had their own ideas about what the New World/modernity/nation-state should look like and then acted on these insurgent notions with destabilizing consistency from slavery to emancipation.  Horne’s overarching commitment to writing transnational histories from the perspective of black diasporic people, particularly his framing of histories of people of African descent before emancipation, forces historians of African American history to re-evaluate the founding of the nation, United States hegemony and exceptionalism in its relationship to abolition or emancipation, and the United States’ imperial relationship to its neighbors.

In his latest monograph, The Counter-Revolution of 1776: Slave Resistance and the Origins of the United States of America (2016), Horne states from the outset “that it is more instructive to place this work in the context of a long line of writings by people of African descent which have called into sharp question the events that constructed today’s Americas and the steep price paid by Africans as a result.” In Counter-Revolution, Horne then proceeds to rewrite the history of colonial America from the Glorious Revolution of 1688 through the American Revolution. Slave resistance created a dialectic that white settlers would be forced to contend with even unto the U.S. Civil War. In Horne’s estimation, African resistance to bondage, including their often temporary alliances with Native nations at different times and places in the Americas, provide evidence that another world—one where Africans created their own nations and societies alongside European and Native—was not only possible, but explicitly feared by European imperial authorities. Horne’s Negro Comrades of the Crown: African Americans and the British Empire Fight the U.S. Before Emancipation (2012) likewise captures the martial rebelliousness of people of African descent. In Negro Comrades of the Crown, Horne extended this dialectic between people of African descent, the British Crown, and white, slaveowning anticolonial settlers into the nineteenth century. With the outbreak of the American Revolution and the Haitian Revolution, Horne described how African Americans debated and leveraged their loyalty and political alliances, shifting between the United States, Great Britain, Canada, Haiti, and more. By turning attention to debates in the global black press over Haiti, colonization schemes, and the on-going slave trade, Horne does not take for granted black loyalty to the United States or the nation-state project as a whole. As a result, once again, black emigration of individuals like Mary Ann Shadd Cary to Canada or Sarah Parker Redmond to Italy become evidence in and of themselves of black resistance, outrage, and strategic loyalty to opportunistic European or American polities.

Horne has long insisted that the United States was not exceptional in the Americas, at least not its history of chattel slavery, the duration or trajectory of slave trade to the mainland, abolitionist and anti-slavery movement-making, or its choppy and indeterminate path toward emancipation. Instead, Horne argued the United States must be compared to Brazil and the Caribbean, and black diasporic antislavery and anticolonial struggle must likewise be seen in hemispheric framework. These important historiographic interventions, first made in Deepest South: The United States, Brazil, and the African Slave Trade (2007) and White Pacific: U.S. Imperialism and Black Slavery in the South Seas after the Civil War (2007), and later continued in Race to Revolution: The U.S. and Cuba during Slavery and Jim Crow (2014). In these works, Horne drew attention to the United States’ ties—the result of enslaved labor and plantation commodities—to other parts of the Americas and even to a Pacific world of slave trading, convict labor, and global antiblackness. In Deepest South and Race to Revolution, Horne drew attention to the continued importance of the transatlantic slave trade into the 1860s. Despite British naval intervention, trade in Africans from the continent peaked in the 1840s as Cuban and Brazilian slaveowners expanded sugar and coffee production. According to Horne, the United States, particularly slaveowners in the U.S. South, was very involved. Southerners invested in ships, owned thousands of slaves in Cuba into the 1840s and made diplomatic excursions to Brazil in the 1850s. In the 1850s, Cuba sold over 80 percent of its sugar to the United States and U.S. slaveowners traveling through Brazil to California found a welcome refuge from antislavery onslaught. On the Pacific side of the continent, in White Pacific, Horne linked African slavery to other forms of bonded labor, foreshadowing the United States imperial claim on places like Hawaii. By placing the United States in hemispheric context and U.S. slaveowners in cahoots with imperial and slaveowning interests in Cuba, Brazil, and the South Seas, Horne explained why U.S. slaveowners considered annexation and migration further South as antislavery sentiment grew more rancorous. De-centering U.S. hegemony in histories of Atlantic slavery has been, in my opinion, Horne’s most significant historiographic intervention, one that has and should influence national histories of black life across the Americas. Scholars of Comparative Black History, Atlantic African diaspora, and the global African diaspora owe an incredible amount to Horne’s field-defining work. 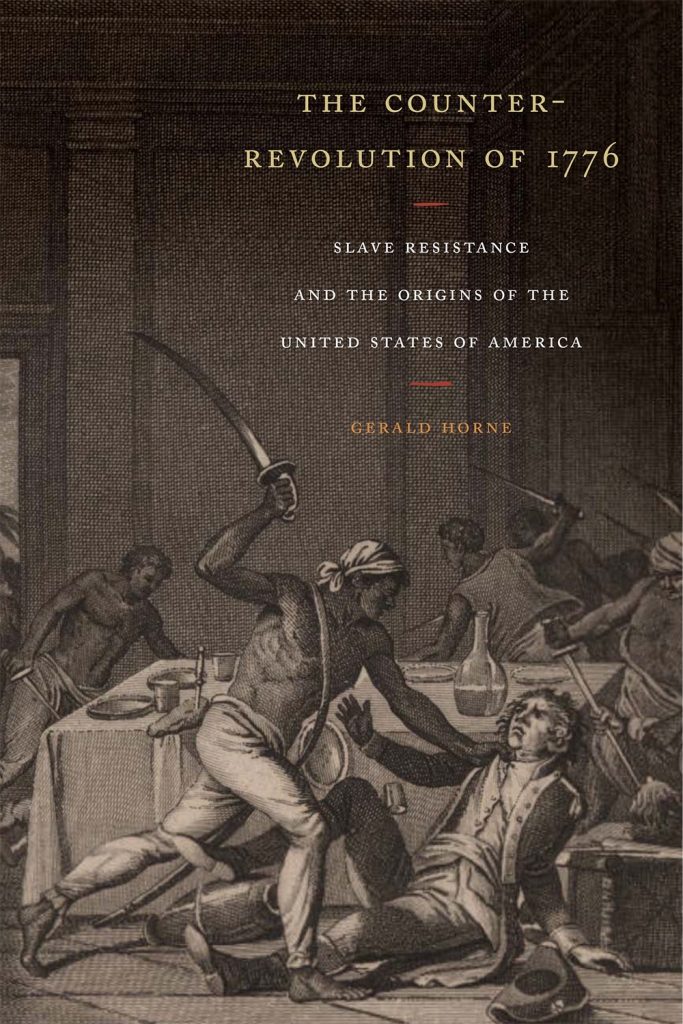 It is important to point out Horne’s citation practice, which is deliberate and defiant. He engages a long and rich genealogy of historical research and intellectual production generated by people of African descent, and centers it to tell transnational and histories of the African Diaspora. This work brings to mind Earl Lewis’s iconic 1995 essay, “To Turn as on a Pivot: Writing African Americans into a History of Overlapping Diasporas,” on African American history in the American Historical Review.  Lewis’s essay took its name from African American historian Benjamin Brawley’s A Social History of the American Negro, published in 1921. In a similar fashion, Horne’s command of the long history of histories written by African Americans, from W. E. B. Du Bois to Lorenzo Greene to Benjamin Quarles, models a scholarly rigor seen most often of late, in my opinion, among black women historians of slavery and the nineteenth century who, in their citation practice, return again and again to work by black women. Horne’s politics of citation demonstrates that centering black intellectuals in the making of black history isn’t work that begins in the historical narrative—it begins in the footnotes. In Race to Revolution, Horne made a similar choice and “focuses heavily on the words and deeds of U.S. Negroes— and their “white” counterparts,” drawing on writing by Martin Delaney, Frederick Douglass, and more. However, in this instance, it is important to note Afro-Cuban scholars have challenged the text for this reason, arguing it replicates a kind of Western, Anglo-African American imperialism by not centering Afro-Cuban voices or texts. This critique is one U.S. based historians doing transnational and diaspora history must also consider as we embark on our own projects.

In 2011, Horne summarized his thesis as “the fate of those now known as African Americans has been shaped indelibly by the global correlation of forces, or what older scholars once termed the “motion of history,” and we ignore this reality at our peril.”  It is lazy writing to end with a statement so trite as “never has this been more important as it is now.” Still, it is difficult to ignore the contemporary moment. African Americans are, again, caught in the motion of history. Horne, prescient as his work often is, suggested some of this in Counter-Revolution when he described the “trust deficit” that existed between people of African descent and would-be white American revolutionaries in the eighteenth century. His words are the perfect place to end this brief retrospective of his work:

The problem is that—irrespective of the diverse ideological persuasions of the creators—this narrative serves to obscure the point that as 4 July 1776 approached, Africans had been involved steadily in the poisoning and murdering and immolating of settlers, creating (at least) a yawning deficit of trust between Africans and Europeans. Portraying the Africans as bit players supporting a revolt in 1776 dominated by Europeans—as the uplifting narrative tends to do—not only distorts and caricatures the historical record but also obscures a trust deficit that may still be of relevance today.”