This is a guest post by Dr. Elwood Watson, an author, public speaker, and professor of History, African American Studies, and Gender studies at East Tennessee State University. He is also the author and co-author of several academic scholarly articles and edited works including Beginning A Career in Academia: A Guide For Graduate Students of Color (Routledge Press, 2014). His book, Outsiders Within: Black Women in the Legal Academy after Brown v. Board was published by Rowman & Littlefield Publishers in 2008. In addition, he is a contributor to several websites and blogs including diverseeducation.com, The Good Men Project, Huffington Post, and TheBlackPast.org.

This month, as we celebrate black history, millions of Americans will celebrate the legacy of the late Dr. Martin Luther King Jr. Dr. King was, without question, one of the greatest historical figures of the 20th century. He dedicated his life in an effort to ensure that the ideals of life, liberty and the pursuit of happiness would be in reach for all those who were marginalized and had been denied access to full citizenship rights for far too long.

Like many people, Martin Luther King was a complex man. He engaged in marital infidelity. He was prone to volatile anger. He could be bawdy and crude. Like many men of his era, he could be disturbingly and overtly sexist. At times, he suffered from envy. Other times, he could be ruthlessly competitive. He was human. Yet, despite these personal shortcomings, he was able to galvanize and awaken the conscience of a sizable segment of this nation (and the larger world), which very few other individuals were able to do. 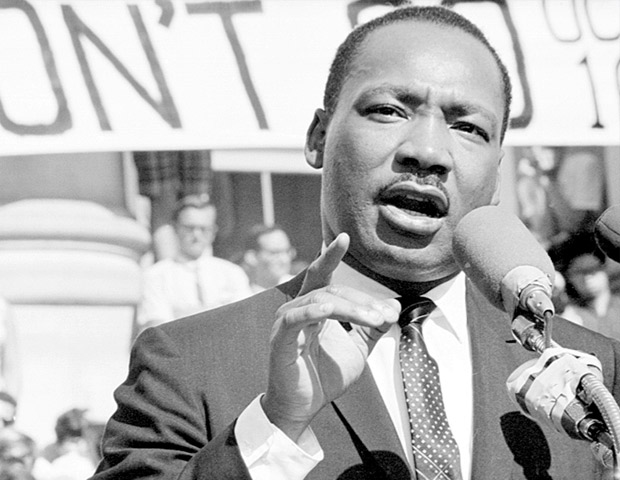 It has become custom fare for many academics, especially historians, to partake in annual reflections on the life and times of Dr. King and to speculate on what he would think of the United States today. Elated, depressed, disappointed and disillusioned are a few of the terms that are routinely espoused. I would argue that ambiguity would likely to be the most precise description to describe how King would view the United States in this current. A deep level of ambivalence.

Despite the currently fractured racial climate, this nation is notably more racially integrated than the America in which Dr. King resided. Almost half a century after his brutal assassination, the nation has witnessed Black Americans become mayors of the majority of the nation’s largest cities as well as governors and senators. In the entertainment business, Black men and women have garnered much success. For example, Black women have won the Miss America Pageant and several Black performers have won academy awards (notwithstanding the current Oscar controversy). In addition, a Black woman has succeeded in securing her own network (literally called OWN) and has emerged as one of the most powerful entertainers, entrepreneurs and philanthropists in our nation’s history. We have witnessed Black men and women become university presidents at some of the most prestigious colleges in the nation and of course, we witnessed the nation elect its first Black president. There is no doubt that Dr. King would have been thrilled with such unprecedented milestones in our nation’s history.

These accomplishments aside, Martin Luther King Jr,. was realistic about racism and its pernicious effects. Were he alive today, I believe he would be an adamant critic of institutionalized racism Although he would be 87 years old, he would likely, health permitting, be on the front lines with other activists, denouncing the ongoing brutal murders of numerous unarmed Black men, women and children such as Eric Garner, Sandra Bland and Tamir Rice as well as the seeming hostility and apparent indifference that has defined the mainstream media and White America. His discontent would be evident.

A staunch advocate for educational equality, Dr. King would be front and center, fiercely challenging unscrupulous politicians, greedy businessmen. opportunistic bureaucrats, and others of their ilk who are rapidly privatizing and trumpeting charter schools that will primarily benefit upper class and affluent students while draining resources from impoverished (and predominantly black) school districts. He would also be demanding that America and our nation’s health system make a more aggressive effort to combat the shockingly high HIV rates and drug use that are ravishing large segments of the African American community. 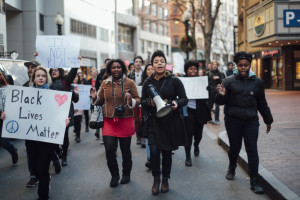 In all probability, Dr. King would be marching side by side, or at the very minimum, vociferously supporting the young, idealistic, fearless heroes of the Black Lives Matter movement. He would be marching side by side with the legions of discontent millennials who took to the street a few years ago and became part of Occupy Wall Street. He would strongly advocate for the men and women in states such as North Carolina, Ohio, and Wisconsin who are tirelessly protesting for voting rights and working to bring attention to the multitudes of individuals who are being marginalized in our society.

Although he was assassinated before he could see his goals realized, Dr. King was becoming increasingly impatient and critical of what he saw as the largely dismissive attitudes of many upscale and influential Whites as well as members of the Black elite toward the rampant and abject poverty facing many Americans during the 1960s. He would almost certainly challenge a similar mindset that is the norm for many elites during the 21st century. He would have been a vociferous critic of outsourcing, neoliberalism, growing monopolies, corporate mergers, economic piracy of the one percent, stagnant wages, and ballooning tuition debt that is increasingly making college unattainable for many impoverished students. Unlike many of today’s leaders, he would not have sacrificed his own people or political constituencies for his own personal gain. Dr. King would have seen that while there has been progress, there is still much work to be done.

Were he alive today, he would undoubtedly take the initiative to rectify what he saw as the wrongs that remain in our society and he would not relent from doing so until every American citizen, regardless of race, gender, class, sexual orientation, and religion would be able to say without any apprehension “free at last, free at last, thank God almighty I am free at last.” That is the Martin Luther King, Jr. I envision.