loading...
By Chernoh Sesay Jr. February 7, 2016 Comments Off on The American Revolution and the Hope of Black People

The recent convergence of publicized anti-black police violence, the emergence of the Black Lives Matter movement, and the approaching Presidential election have revived conversation about the significance of hope within black political thought and activism. Thinking about black hope during the American Revolution raises important questions that reverberate with discussions today. How have black people defined hope, how has their hope informed their activism, and has black hope followed and diverged from other meanings of hope?

A brief discussion of black hope on the eve of the Revolutionary War provides one set of responses to these questions. African Americans paid close attention to the growing discord between colonists and British forces in the 1770s. Black people noted the hypocrisy of frustrated colonists who described themselves as being enslaved by a corrupt English government, but initially, they did so with deference. In 1773, a black man, Felix, perhaps with the help of unknown white writers, sent a “humble PETITION of many Slaves, living in the Town of Boston, and other Towns in the Province” to the Massachusetts colonial legislature. This petition referenced abolitionists in Great Britain and North America:

“God, who loves Mankind, who sent his son to die for their Salvation, and who is no respecter of Persons…hath lately put it into the Hearts of Multitudes on both Sides of the Water, to bear our Burthens, some of whom are Men of great Note and Influence; who have pleaded our Cause.”

Using a polite tone, this grievance made a religious argument for equality. Over the next four years, during the escalation of hostility between colonists and the British, blacks wrote several more petitions, with each new one expressing a more insistent and impatient demand that slaves be freed.

By the mid-1780s, a complex mix of blacks addressing colonial and then state authorities, slaves bringing suit against the entire institution of slavery, and an increase in private manumissions put paid to slavery’s future in Massachusetts. Certainly, we can argue that some form of hope animated the black petitioners, and that the success of abolition in Massachusetts must have inspired further activism. In addition, it also seems certain that we can mark emancipation in Massachusetts as a small but not insignificant victory in a broader and complicated history of slavery being made illegal. Moreover, emancipation during and after the Revolutionary War in all the states north of and including New Jersey seems to be a useful example of an historical milestone that inspired people then and that should inspire us now. 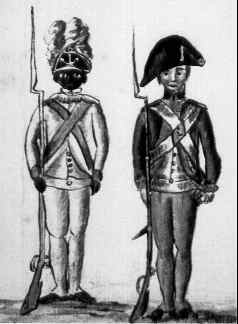 These black petitions reflect several conditions or phenomena that surely must have arisen from some sense of hope or optimism that action would bring change. Slaves have always sought to resist their treatment by trying to manipulate the paradoxes of their inhuman bondage. In colonial America, slaves exercised constant vigilance regarding how to best engage with political and legal institutions to highlight the problem of slavery. In addition, northern African Americans became increasingly insistent on finding ways to insert their voices directly into public debate about abolition. It would seem that black hope was affirming and even efficacious in the contexts of abolition and emancipation in Massachusetts and throughout the north.

However, the limits of northern emancipation reveal problems in black hope. The colonial break from Great Britain did not end slavery in the southern states. Emancipation occurred in the northern states gradually and with great hesitation, even trepidation. Furthermore, northern abolition compensated slave owners, it did not guarantee the citizenship of free blacks, and at least partially, it gave rise to a movement to send free blacks to Africa. Although some blacks saw an opportunity in this colonization scheme, many others viewed it suspiciously and demanded that they be accepted as United States citizens. The limits of the Revolutionary moment raise serious questions about the nature of black hope and the optimism that underlay black activism. Did the hope of these first black abolitionists fail to account for the depth to which slavery and anti-black racism had rooted themselves within American society? Perhaps. But as we weigh their hope in the balance between continuity and change, their hope deserves closer inspection.

A black petition was sent to the Massachusetts Council and House of Representatives in 1777. This happened just after war had broken out. That the colonists had formed an official anti-colonial movement on the basis of their claimed abridged rights made the hypocrisy of their slave holding unavoidably and utterly evident. Although this 1777 petition employed Christian language, it began quite differently from the complaint of 1773:

“your Petitioners apprehend that they have, in common with all other Men, a natural & unalienable right to that freedom, which the great Parent of the Universe hath bestowed equally on all Mankind, & which they have never forfeited by any compact or agreement whatever.”

These petitioners turned patriot rhetoric of British corruption and colonial enslavement on its head. Yes, the hope to end slavery guided these writers, but their hope sat evenly with self-preservation, indignation and anger. Social activism has many sources, and an inspired hopefulness is only one. Moreover, the sources of hope and the ending of patience can be difficult to untangle.

Beside the relationship of hope to other animating sources lies the question of hope itself. The petitioners paired Christian and secular ideas of human equality. They referenced God and they also recognized rights as both natural and constructed. The shift from individual slave suits to cases against slavery and the petitioner’s growing impatience reflected in their strategic use of language reveal that their hope sat alongside a discerning and pragmatic understanding of politics. The immediate post-emancipation establishment and spread of black institutions like fraternal societies, churches, and benevolent societies also revealed that the petitioners had wanted the opportunity to establish themselves as American citizens and be like most any white American. This meant that these early abolitionists became invested in ideas of respectability and civic virtue. While their hopes for emancipation arose from pragmatic insistence, their hopes for citizenship reflected a problematic acceptance of the idea that, somehow, they needed to prove themselves worthy of belonging.

What are the lessons to be drawn from the complexities of hope found in these black northern abolitionists? In a general sense, their notions of hope and hopefulness are themselves complicated ideas that were shaped by context. Hope is an idea or an array of ideas that are always historically situated. Hope easily contrasts with despair or nihilism. However, hope is not necessarily opposite of cynicism or skepticism. Hope can be desperate and fleeting, but it can also be resolute and unyielding. It can be affirming and edifying, but it can also be naïve and deceptive. Hope can be airy and ahistorical, but it can also be shrewd and self-reflective. Some would argue that hope has been a marker of continuity within African American political thought, even if this hope has arisen from different concerns and goals. However, if hope can signify different feelings and if its meanings have changed over time, then we should not forgot to ask ourselves what it means today and how it has come to mean this.