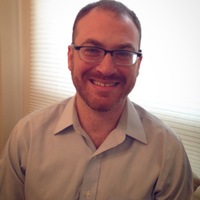 The following guest post was written by David Weinfeld. He teaches United States history at the University of Toronto. He previously taught at Queens College, Temple University, and New York University, where he earned his doctorate in the joint program in History and Hebrew and Judaic Studies in 2014. Dr. Weinfeld studies American Jewish intellectual history, although he is also interested in American, European, Jewish, and intellectual history more broadly. His dissertation is titled “What Difference Does the Difference Make? Horace Kallen, Alain Locke, and the Development of Cultural Pluralism in the United States.”

In the race for the leadership of the Democratic Party, Hillary Clinton outpolls Bernie Sanders among African Americans by a factor of four to one. Some observers are puzzled by this distribution, as both Hillary Clinton and Bernie Sanders are white, and because Bernie Sanders, a self-proclaimed “socialist,” is widely regarded by progressives as the candidate whose policies are most likely to benefit poor and working class Americans, who are disproportionately Black. I think there are three main explanations for this breakdown.

The first reason why most African Americans may support Clinton is the same reason why many people of all races support the former Secretary of State. Hillary Clinton has much better name recognition. She is a brand. The majority of Democratic voters understand that Clinton and Sanders and Martin O’Malley share their core values. Therefore, when it comes to selecting a leader of that party, they want to go with someone they know. Since Black people tend to be more pessimistic about race relations than whites, they may also feel that they have more to lose if a Republican were to win, and thus are not willing to take the risk of voting for Sanders.

The second reason can be summed up in a word, “Vermont.” Bernie is the senator from a mostly white state, which may lead some to think that he is out of touch with the views of many Black Americans. Additionally, being from Vermont, a sparsely populated state where hunting is popular, has led Sanders to a more moderate position on gun control than Secretary Clinton and the majority of Black voters, many of whom live in neighborhoods with significant gun violence.

The third reason, however, has its roots in African American history. Hillary Clinton represents the establishment. She has Wall Street and corporate backing. Bernie Sanders has labeled himself as the anti-establishment candidate. He recently made a gaffe, wrongly lumping pro-choice groups Planned Parenthood and NARAL, both of whom endorsed Clinton, as part of the establishment.

But even putting that gaffe aside, I would argue that Clinton’s association with “the establishment” is actually a plus for most Black voters. The majority of Black people in the United States want to be part of the establishment. They don’t necessarily want to overthrow capitalism. They want to benefit from capitalism. They don’t want to destroy American institutions. They want to join American institutions. Although both separatist and integrationist impulses have run throughout African American history, the integrationist impulse has been much stronger.

Every year around Martin Luther King day, progressive academics point out that the American public ignores King’s radicalism. And it is true that King was a staunch social democrat, a supporter of unions and working people, a critic of capitalism, and an anti-imperialist opponent of the Vietnam War. Yet progressive academics make their own omissions as well, often forgetting to recognize that the source for King’s politics was his intense Christian faith, not Marxism or secular radicalism.

More important, the thrust of King’s politics were integrationist, not separatist. If the American public underemphasizes the Black radical tradition, the academic left—the people most likely to support Sanders over Clinton—vastly overstates its importance in relation to the overwhelmingly integrationist impulse in Black history.

There were and are anti-establishment Black radicals: Frederick Douglass, W.E.B. Du Bois, Ida B. Wells, Paul Robeson, Richard Wright, Malcolm X, Ella Baker, Kwame Touré, Angela Davis, and Cornel West. They and others have made enormous contributions to Black and American history. But the truth is, even some of those figures, especially Douglass, Du Bois, and West, also had strong universalist and integrationist commitments.

In his 1852 address “What to the Slave is the Fourth of July?,” Douglass harshly criticized the American Republic for betraying its ideals, but in the end reaffirmed those ideals and defended the Constitution as a “glorious liberty document.” Though Du Bois turned towards Marxism and Africa later in life, his integrationist projects began with assisting in the founding of the NAACP, perhaps the most “establishment” Black organization. West, meanwhile, operates within elite universities, and, like King, roots his radical politics in religion, from the Black church to the writings of MLK’s friend Rabbi Abraham Joshua Heschel.

Indeed, in the post-World War II era, the most prominent African Americans–including Jackie Robinson, King, John Lewis, Maya Angelou, Colin Powell, Toni Morrison, Oprah Winfrey, and Barack Obama–have all been integrationist. None of them ever sought to deny their Blackness. They all celebrated their heritages in different ways. But they all embraced America too.

We see this embrace today with the controversy surrounding the Academy Awards. Many are rightly outraged that for the second year in a row, none of the major nominees were Black. Some have called for a boycott of the Oscars. But Chris Rock is hosting, not boycotting. He will poke fun, and criticize, but he is not suggesting the entire show be dismantled. Hollywood is among the most recognizable symbols of American culture. Most Black people want a fair share of that culture. They want membership in that culture, and their contributions to that culture recognized. In today’s political climate, Clinton represents the Hollywood insider.

Still, some polls indicate that Sanders’ support is rising among Blacks in South Carolina. Perhaps this is an indication not of rising anti-establishment views among African Americans, but a sense that as Sanders becomes more familiar, impoverished people of all communities believe that he is fighting for them to join the middle class. In a November conversation with Sanders, Atlanta rapper Killer Mike admitted that he has “always liked money” and “always considered himself a capitalist,” but agreed with Bernie in his support of economic rights for all Americans as a way to aid Black Americans.

The truth is that Bernie Sanders is not that radical. Though disparaged as anti-capitalist, Bernie Sanders has never argued for altering the American economic system. He wants to further regulate capitalism. He wants to expand the welfare state, protect the environment, enact a less hawkish foreign policy, and reduce the amount of money and corruption in politics. Outside of the United States, these are mainstream views.

Nonetheless, in the United States, Bernie Sanders is the anti-establishment candidate. He is seen as calling for radical change. He is the outsider, not the insider. Many African Americans want to be insiders, want to join the establishment, just as Barack Obama did. That is why they are supporting Hillary Clinton for the democratic nomination.