This post is part of our blog series that announces the publication of selected new books in African American History and African Diaspora Studies. DC Jazz: Stories of Jazz Music in Washington, DC was recently published by Georgetown University Press. 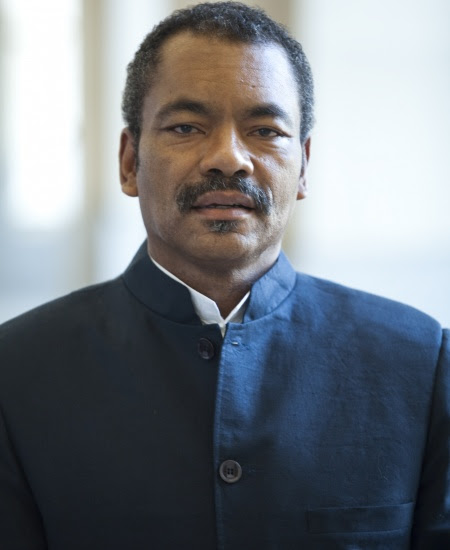 Maurice Jackson is a professor in the History and African American Studies Departments  at Georgetown University. Before coming to academe he worked as a longshoreman, shipyard rigger, construction worker, and community organizer. He is author of Let This Voice Be Heard: Anthony Benezet, Father of Atlantic Abolitionism and co-editor of African-Americans and the Haitian Revolution and of Quakers and their Allies in the Abolitionist Cause, 1754-1808. He wrote the liner notes to the two jazz CDs by Charlie Haden and Hank Jones, Steal Away: Spirituals, Folks Songs and Hymns and Come Sunday. A 2009 inductee into the Washington, DC Hall of Fame, he was appointed by the Mayor of the District of Columbia as the first chair of the DC Commission on African American Affairs. He was a member of the Georgetown Slavery Working Group that made recommendations about how GU must atone for its slave past. He is completing Halfway to Freedom: The Struggles and Strivings of African American in Washington, DC.

Blair A. Ruble is currently a Distinguished Fellow at the Wilson Center in Washington, DC. Previously, he served as the Center’s Vice President for Programs and earlier as the Director of the Kennan Institute, while simultaneously coordinating the Center’s programming in comparative urban studies. He received his MA and PhD degrees in Political Science from the University of Toronto (1973, 1977) and an AB degree with Highest Honors in Political Science from the University of North Carolina at Chapel Hill (1971). He has edited more than a dozen volumes and is the author of seven monographic studies including Washington’s U Street: A Biography. 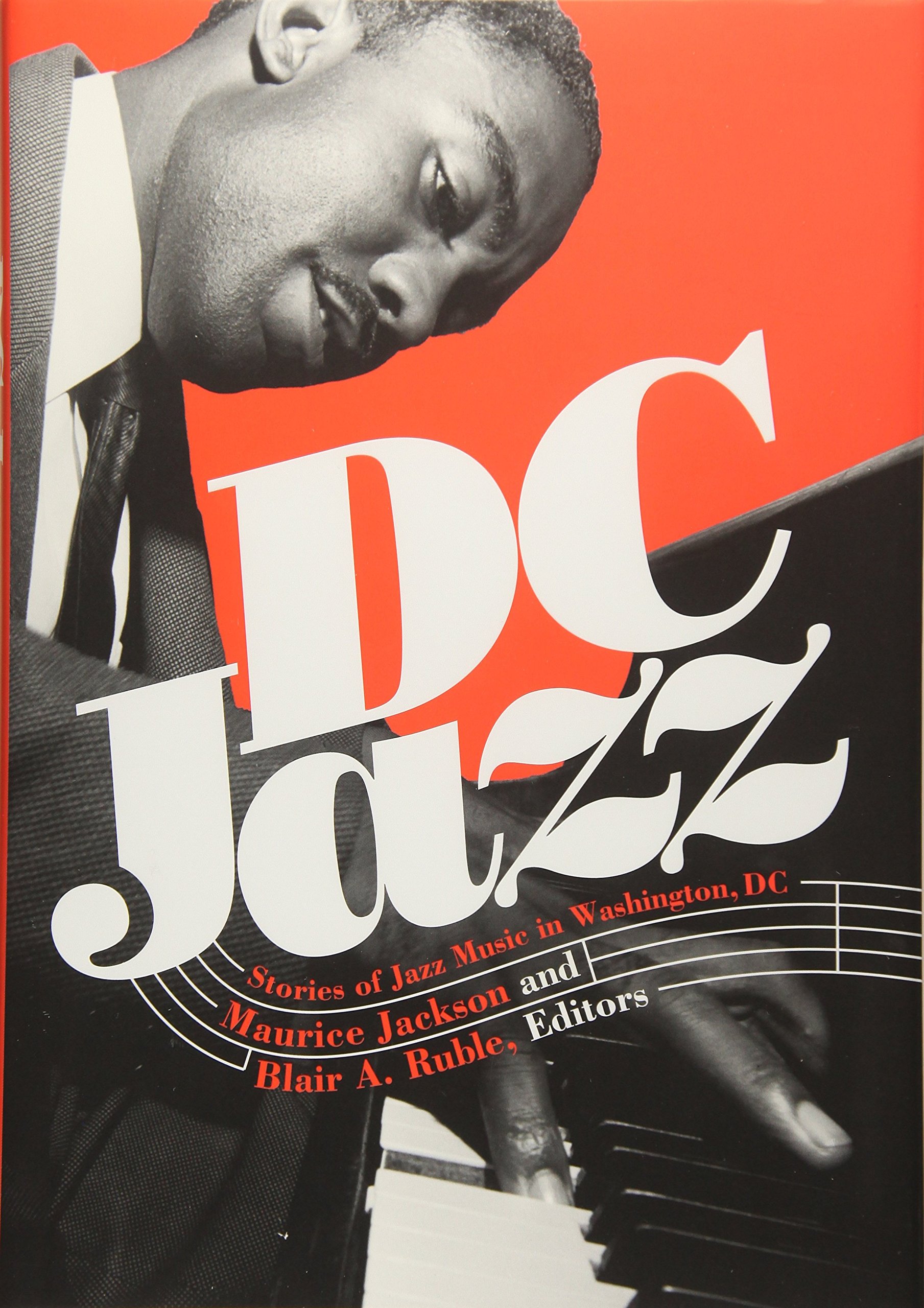 The familiar history of jazz music in the United States begins with its birth in New Orleans, moves upstream along the Mississippi River to Chicago, then by rail into New York before exploding across the globe. That telling of history, however, overlooks the pivotal role the nation’s capital has played for jazz for a century. Some of the most important clubs in the jazz world have opened and closed their doors in Washington, DC, some of its greatest players and promoters were born there and continue to reside in the area, and some of the institutions so critical to national support of this uniquely American form of music, including Congress, the Smithsonian Institution, the Kennedy Center, the Library of Congress and the Historical Society of Washington, D.C., are rooted in the city. Closer to the ground, a network of local schools like the Duke Ellington High School for the Performing Arts, jazz programs at the University of the District of Columbia and Howard University, churches, informal associations, locally focused media, and clubs keeps the music alive to this day.

Noted historians Maurice Jackson and Blair Ruble, editors of this book, present a collection of original and fascinating stories about the DC jazz scene throughout its history, including a portrait of the cultural hotbed of Seventh and U Streets, the role of jazz in desegregating the city, a portrait of the great Edward “Duke” Ellington’s time in DC, notable women in DC jazz, and the seminal contributions of the University of District of Columbia and Howard University to the scene. The book also includes three jazz poems by celebrated Washington, DC, poet E. Ethelbert Miller. Collectively, these stories and poems underscore the deep connection between creativity and place. A co-publishing initiative with the Historical Society of Washington, DC, the book includes over thirty museum-quality photographs and a guide to resources for learning more about DC jazz.

The book tells us much about the city beyond geography. It’s as ‘Official Washington’ a book about jazz as one could imagine: wonky, think-tanky, visiting-scholar-y. It’s jazz as White Paper. . . . If this sounds like a criticism, rest assured that it is not. The book is precisely what it aspires to be, and a success on its own terms is a success, period. Besides, who’s to complain that historians and history nerds want to give more attention to jazz? . . . It is ultimately a cornerstone: an essential reference for more narrative, perhaps lively histories.—Washington City Paper

Maurice Jackson and Blair A. Ruble: A few years ago when Maurice was a Fellow at the Woodrow Wilson Center and Blair was on staff, we met over lunch to discuss our research on African American Washington. We spoke about the local jazz scene, which led to a proposal to the Historical Society of Washington, D.C. for a special issue of Washington History devoted to jazz. We co-edited that issue, made possible with financial support from Mica Ertegun, whose late husband Ahmet founded Atlantic Records. When the issue quickly sold out we arranged for a new expanded version to be published by Georgetown University Press.

While the history of jazz has been solidified around the music of New Orleans, Chicago, and New York, the vibrant musical legacies of Washington have not received the attention they deserve. Located between the rural South and industrial North, local musicians beginning with James Reese Europe and Duke Ellington, among many, have combined the raw energy of working-class Black life with musical composition. As the nation’s capital, the city has also developed a complicated institutional support structure around churches, universities, and the diplomatic community.

Howard University—with blues and jazz loving scholars and alum like Sterling Brown and Amiri Baraka as well as musicians like Donald Byrd, Geri Allen, and Benny Golson—has a special place in jazz history. In The New Negro, edited by Howard philosopher Alain Locke, both Langston Hughes and J.A. Rogers add articles about jazz while Kelly Miller writes about Howard’s founding.

When the Federal City College was founded in 1968 (it later became part of the University of the District of Columbia), Black scholars like C.L.R. James and David Levering Lewis were on its faculty, as well as Ira Berlin. Some years later it began its Jazz Studies program, and along with, it archives that rank as among the best in the nation.

Our volume has chapters on how jazz helped desegregate the city from James Reese Europe to Dr. Billy Taylor to the jazz inspired themes of Marvin Gaye, Roberta Flack, and Gil Scott-Heron. We explore the music of U St and 7th Street and show how the role of women like Shirley Horn, June Norton, and Eva Cassidy was an integral part of the city’s jazz life. The foreword is written by Jason Moran, Artistic Director of Jazz at the Kennedy Center and Distinguished Artist in Residence at Georgetown University. Other contributors draw attention to specialists and practitioners from universities, the Library of Congress, the Smithsonian Institution, promoters, journalists, and jazz radio hosts.

Comments on “DC Jazz: A New Book about Jazz Music in Washington, DC”