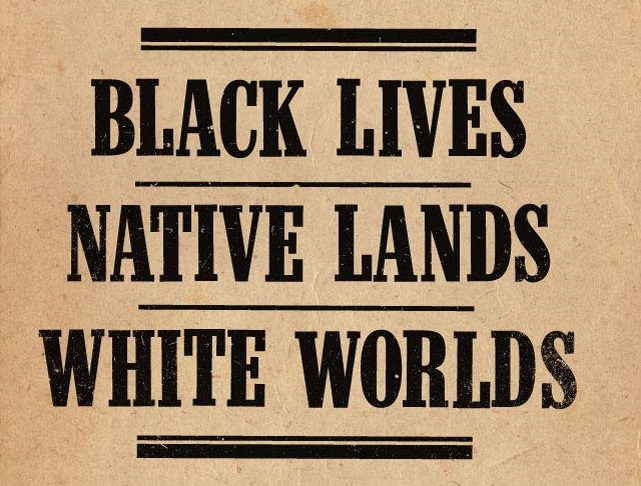 The study of slavery in New England has experienced something of a revival in the last decade. Given that New England is often treated as a hub of liberty after the American Revolution, colonial America scholar Jared Ross Hardesty joins a number of historians in dissociating the region from the parochialism and exceptionalism given to it in earlier studies. In his book, Black Lives, Native Lands, White Worlds: A History of Slavery in New England, Hardesty convincingly argues that New England should be a part of a wider story of slavery and colonization in the Americas. Meant as a synthetic history, Hardesty treads the same path as Lorenzo Johnston Greene did in his 1942 work, The Negro in Colonial New England, 1620-1776. Updated with the latest scholarship on the subject, Hardesty’s work offers a brief and concise history of slavery in New England.

Utilizing a settler-colonial framework of analysis for much of his work, Hardesty organizes his chapters chronologically and thematically, first outlining the origins of sixteenth-century England’s involvement in slavery and ending with the problems associated with emancipation in New England. Weaved throughout his narrative are the themes of oppression, exploitation, enslavement, resistance, and assertions of humanity. Drawing from newspapers, account books, letters, autobiographies, and legal documents, Hardesty’s inclusion of enslaved peoples’ lives greatly enriches and humanizes the narrative crafted from his rich source of secondary literature. It also reflects his keen ability to construct the lives, experiences, and pasts of enslaved men and women even among a scarcity of documentary evidence.

Throughout his work, Hardesty stresses the central theme of connection—connections between enslavers, enslaved people, and the Atlantic economy, as well as the oppression and resistance that resulted from these connections. His focus on connection is what allows him to structure his work so effectively, using the concept of multiple causality to make the work easily comprehensible for both specialists and the public. For example, in outlining the origins of slavery in England, Hardesty examines its increasingly coercive forms of labor, as well as English perceptions that helped usher England’s adoption of slavery in its colonies.

Likewise, in keeping with his focus on connections and causality, Hardesty places events such as the English Reformation, and the resulting radical religious movements, at the heart of colonization in the Americas. Arguing for the abandonment of Catholic hierarchical structures and a return to the Catholic Church’s apostolic origin, followers of John Calvin, found passage to the Americas after their exile in the early seventeenth century. As more Puritans began to immigrate, Hardesty argues that an increasing denominational diversity complicated a consensus on slavery. At the same time, visions for a successful Godly commonwealth created a merchant class that established social and economic connections throughout the British West Indies, namely through the trafficking of dispossessed enslaved Indians in exchange for African slaves.

The second chapter examines the origins and arrival of enslaved people in New England, as well as their incorporation into its growing slave society. Interloping New England merchants continued their voyages to the British West Indies. However, with the revocation of the Royal African Company’s charter in 1698 and the slave trade subsequently unrestricted by its monopoly, slave traders began extending their enterprise to the western coast of Africa. Furthermore, opportunities to invest in slave voyages began to normalize the practice of slave trading and slavery in New England, enmeshing them in the social and economic fabric of rural and urban townships alike. Indeed, according to Hardesty, enslaved people in New England households became part of a “family,” one centered around hierarchy, patriarchy, and the traditions of dependence. As Hardesty shows in chapter three, because New England’s society was founded on an artificial structure meant to retain the power and privilege of the upper class, enslaved people occupied a space in the social order, albeit one increasingly defined by their race. The status of enslaved people complicated their social standing, however, and offers an interesting paradox to grasp a fuller view of New England slavery. Hardesty identifies a complex dichotomy between one’s enslaved status and their legal personhood as in flux throughout various parts of New England.

The next two chapters examine the working worlds and communities of enslaved people after having their lives and labor stolen from them. Enslaved men and women worked in both public and private capacities. Enslaved people, then, were commodified and exploited just as they were anywhere else in America. New England was not unlike any other slave society. Rather, it was a regional manifestation of a transnational institution that displaced and exploited an alienated labor force as a solution to its economic needs. Despite this, enslaved people learned to adapt and manipulate the system according to their needs. They would break tools, do shoddy work, feign illness, run away, or commit arson. While Hardesty acknowledges the agency of enslaved people in their resistance, when defining it, Hardesty is too deterministic. He states that some scholars look at common things such as getting married as acts of resistance, thus positing that they view enslaved people’s actions as being wholly reactionary. Could they not be both an act of agency and resistance? Being stripped from their homelands and undergoing forced acculturation, is it too much to think of something like marriage as an act of inherent cultural resistance and an act of agency? Additionally, the author might have included how traditional African customs, practices, and beliefs were retained and practiced as not only tools of survival, but also as forms of resistance. As it relates to community, because the demography of enslaved New Englanders was different than that in the Deep South, Hardesty believes it is better to think of the enslaved community in terms of association rather than as a racially exclusive collective. However, as much as this does to differentiate the two slave societies, it also provides for a limited view and lack of complexity. As such, perhaps due to a lack of sources, Hardesty comes dangerously close to presenting the slave community as a monolith. Were there any ethnic and class tensions that permeated the communal spaces enslaved men and women occupied? Relatedly, did New England slave traders and enslavers prefer specific ethnicities, and if so, how did this affect master-slave relations, colonial statutes, and the responses of bondspeople to their enslavement? Historian Michael A. Gomez has written extensively on the topic, albeit focusing on the colonial and antebellum South. Filling in the ethnographic gaps and embracing the complexity will certainly add to our work and future interpretations of New England slavery, as well as provide for a more comprehensive understanding of its enslaved population.

Continuing along the chronological timeline, the last chapter examines the impact of the American Revolution in New England. Hardesty shows how various factors like the Imperial Crisis (1763-75), the articulation of rights by English subjects followed by discourse revolving around the universal rights of humankind, growing religious arguments over the immorality of slavery, and a growing body of anti-slavery and pro-emancipation advocates eventually brought about the end of New England slavery. Particularly strong is Hardesty’s analysis of how revolutionary ideology factored into the demands for abolition and emancipation, and how this showcased a rich and emerging Black intellectual tradition. This, along with his explanation of absconding, “freedom suits,” and the voluntary enlistment of enslaved people to acquire their freedom, aid his work in emphasizing the abilities of free and enslaved people in their fight for freedom without diminishing them to mere receivers of help from their white allies. The unique Black intellectual tradition that resulted aided them in their quest for civil rights after emancipation, for as Hardesty shows, emancipation carried with it the processes of marginalization, displacement, racism, and segregation. Hardesty puts it succinctly: “Thus, white New Englanders enjoyed the generational benefits of slavery while crafting a new society, one built on capitalism, industry and free labor. Freed people, however, suffered from the generational trauma of slavery while being subjected to horrific racial bias and violence.”

Though intended as an updated synthetic history of slavery in New England, Hardesty’s work offers the chance for readers to peer into a region still grappling with acknowledging its history. In part because of his emphasis on connections, Hardesty writes a compelling narrative of New England slavery and colonization. His intersecting analysis of the two makes it so that the region should no longer be seen as distinct from Atlantic slavery, nor from the imperial vision carried out in the southern mainland colonies. Hardesty’s work is particularly important because it uses a critical eye to lay to rest early-twentieth century interpretations that characterized New England as a beacon of liberty and a place of pious people operating under a Puritan work ethic. Indeed, Hardesty’s work is as much a synthesis as it is a call for the correction of public memory, something future works would do well to heed.

David Guzman is currently a graduate student at the University of Houston. He received a BA degree at Texas Southern University in U.S. History and holds research interests in slavery, race, and capitalism. He specializes in social, cultural, and economic history and is interested in the antebellum financial systems that underwrote slavery, with an additional interest in public history.