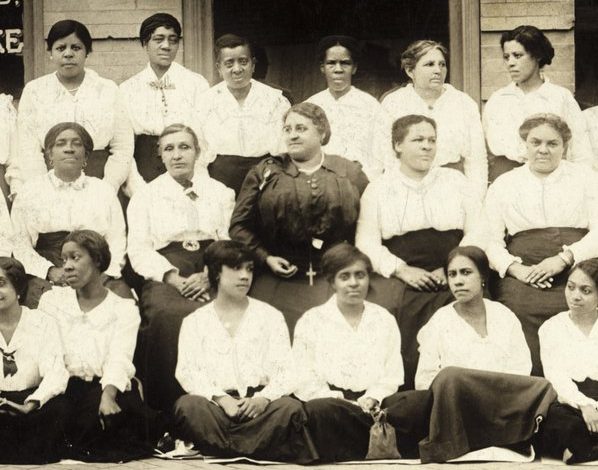 In Banking on Freedom: Black Women in U.S. Finance Before the New Deal, Shennette Garrett-Scott offers a compelling narrative that centers on Black women in the largely male-dominated banking sector between the 1860s and 1930s. The author has provided a well-researched book that demonstrates a clear and accessible command of sources, which include diaries, newspapers, banking records, oral histories, personal papers, and organizational files. She joins the cutting-edge historiographical standard set by other scholars of Black women’s history during this period, asserting that one cannot tell these stories without highlighting the innovative role of Black women in economic life. Thus, she argues that within, or despite, the limitations of race, gender, and class, Black women forged effective economic strategies in their embrace of capitalism, which resulted in new institutions, reciprocal bonds, and community uplift. At the same time, these seemingly progressive dynamics could also be extremely problematic with both positive and negative outcomes. “As black women created, maintained, and used their own financial institutions and networks, they forged their own definitions of econ­­omic opportunity and citizenship” (4). She specifically asks where they fit, or positioned themselves rather, in the equation of gendered economic practices and points to the ever-present exploitation they face in our contemporary times.

Garrett-Scott perceptively reminds us from the beginning that during and directly after the Civil War, Black women’s short-term and long-term economic strategies were shaped by free labor and banking experiments introduced by military and government reformers. In this way, Reconstruc­­­tion was supposed to be an economic expression of democracy in as much as it was a political one. The Freedman’s Bank, and its failure in 1874 due to financial corruption, mismanagement, and theft by white administrators, proved otherwise. “For black women,” writes Garrett-Scott, “the Freedman’s Bank … represented a federal version of racial paternalism and economic exploitation that undermined much of the economic autonomy that free black women had forged in the antebellum and earlier periods and that formerly enslaved women struggled to carve out in the post-emancipation South” (26). In the decades that followed, Black women were at the forefront in petitioning the federal government and submitting claims to recover the financial losses, in many instances, on behalf of their deceased family members. In asserting these claims to deposits and savings, the author reveals that these efforts helped Black women establish their financial and legal identities that later proved useful in other aspects of their economic lives.

Banking on Freedom goes on to detail the early history of Black fraternal orders and mutual aid societies, specifically through the Independent Order of St. Luke (IOSL) located in Richmond, Virginia. In considering place, Richmond, the former capital of the Confederacy, emerged as a New South city and became the foremost center of Black banking and finance in the country. The book examines the background and leadership of Maggie Lena Walker, the financial institution-builder. By the late nineteenth century, Walker, the Right Worthy Grand secretary, led and helped transform the IOSL. Nevertheless, the book is not a biography of Walker but, through her, a collective rendering of countless financial power-brokering women that have been largely forgotten and sidelined in the histories of capitalism and Black business history. “The IOSL turned workers’ small savings and investments into capital, creating businesses that offered services, created jobs, and provided security for working people”(44). Moreover, “Walker promoted a vision of service, fraternalism, and activism that she saw as key to helping women cultivate thrift, gain a measure of autonomy, and create collective empowerment” (45). The IOSL made other financial institutions such as banks possible in the early twentieth century, which led to the establishment of the St. Luke Penny Savings Bank in 1903. By decade’s end, the Old Dominion had the most Black-owned banks with about fourteen in operation. Garrett-Scott outlines the early struggles and growth of the St. Luke Bank, its survival made possible through working-class support from members of the IOSL. Here, Garrett-Scott explains how Walker navigated both the white and male-dominated spheres to learn the skills she needed to lead the St. Luke Bank through uncharted territory, as a Black bank founded and run by a Black woman president for the first time in the history of the United States. Together, the two institutions shaped, expanded, and redefined the economic lives of Black people.

Finally, Banking on Freedom examines the lending practices and policies of the St. Luke Bank, which the author uses as a way to frame how “the politics of respectability” was applied to the bank’s lending practices in the form of “economic respectability,” which had the potential to bring legitimacy and an increased sense of morality to Black working-class borrowers. At the same time, this revealed how moral trappings were often used as a ruse to make decisions about whether to grant bank loans. The St. Luke Bank initially embraced the fraternal rituals of the IOSL to “mediate risk,” until the bank, through its finance committee, drafted firmer policies in accordance with tightened banking restrictions put forth by Virginia’s bank regulating agency. Beyond the St. Luke Bank, the City of Richmond, and the South more generally, Garrett-Scott seeks to understand the major challenges to Black economic life in the era of the New Negro Woman of the 1920s. In this way, the author details the generational divide between Walker and her younger colleagues, women such as Estella Anderson and Lelia Williams Bankett who rejected traditional conventions of professional womanhood while demanding salary increases. During this same period, Black financial power brokers recognized the importance of expanding the world of Black finance in New Negro centers such as Chicago and Harlem with the goal of capitalization through the National Negro Finance Corporation (NNFC) and the Allied Industrial Finance Corporation (AIFC). In this way, the author explains how the New York IOSL and the newly established St. Luke Finance Corporation ventured into commercial real estate, efforts that ultimately clashed with the IOSL’s original tenets espoused by Walker.

As the book’s focus veers away from the South during the 1920s, with persuasive evidence related to Black economic life in the North, the reader might still be interested in how certain developments played out in Richmond in particular and the South more broadly during that same time. Nevertheless, Garrett-Scott strikes a careful balance with a narrative that brings together a cross-section of fields, including social, economic, political, labor, and business history with significant depth for a fresh perspective. Banking on Freedom will stand as a groundbreaking piece of scholarship that offers a useable framework — a model — for historians interested in Black banking history. Moreover, the author resurrects the history of Black Wall Streets with something that can simultaneously be understood as a community study and institutional history. The author not only details the intimate voices of Black women financial power brokers but she offers the bottom-line particulars of financial institutions — analysis of bank statements, year-end reports, and other data — bringing the evidence into beautiful unison.