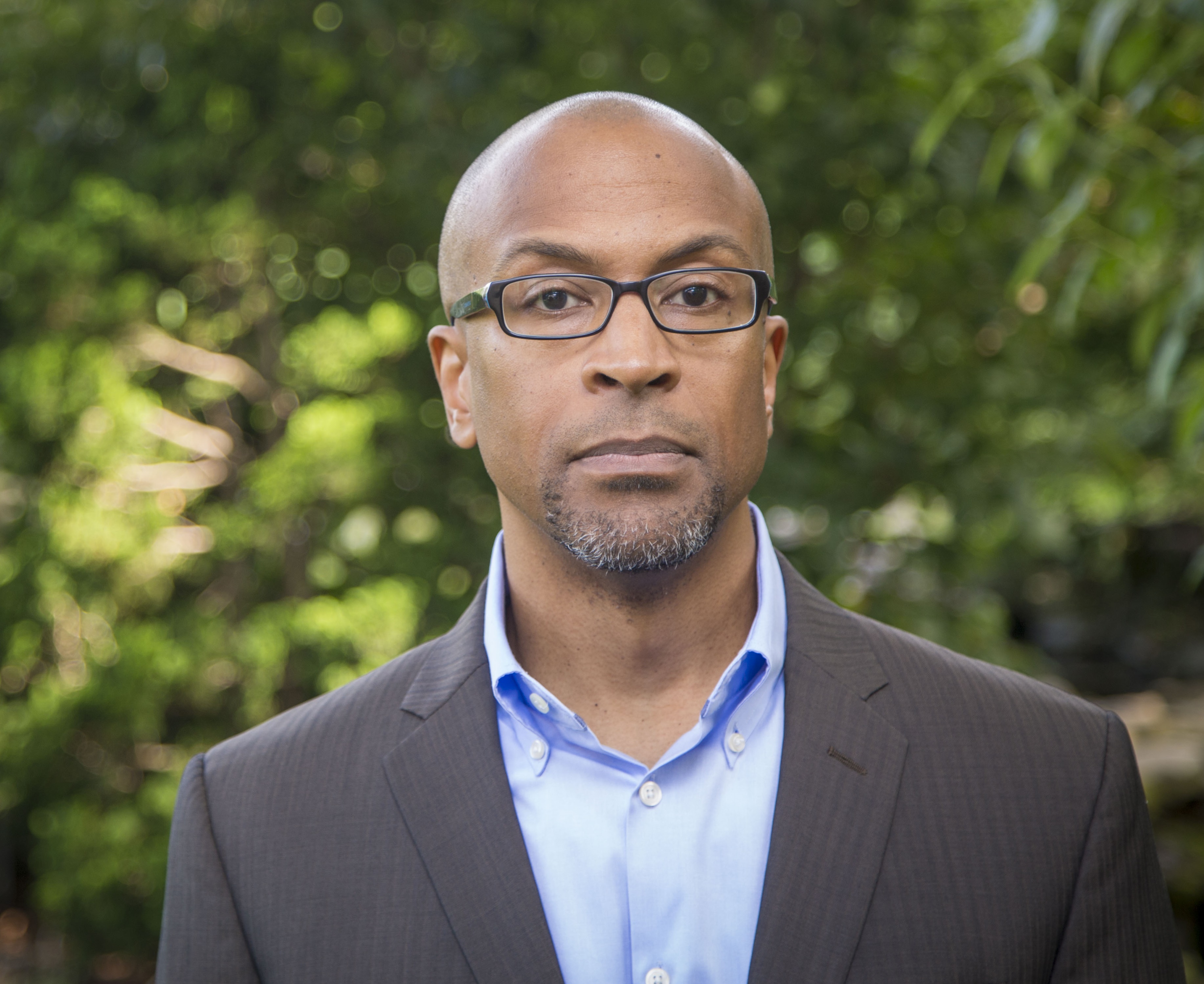 This month I interviewed Paul C. Taylor on his most recent book, Black is Beautiful: A Philosophy of Black Aesthetics and his other scholarly writings on the philosophy of race. Dr. Taylor is a professor of philosophy and African American Studies at the Pennsylvania State University, where he also serves as associate dean for undergraduate studies. In Fall 2018, he will begin a new position as the W. Alton Jones Professor of Philosophy at Vanderbilt University. Taylor received a bachelor’s degree in philosophy from Morehouse College, a master’s degree in public administration from the Kennedy School of Government at Harvard University, and a Ph.D. in philosophy from Rutgers University. His books include Race: A Philosophical Introduction (Polity, 2003), On Obama (Routledge, 2016), and Black is Beautiful (Wiley, 2016), which received the 2017 monograph prize from the American Society for Aesthetics. Follow him on Twitter @pcttwo.

Neil Roberts: You begin your award-winning book Black is Beautiful (2016) with its own memorable line: “I went into philosophy because I thought it would help me help others think more productively about black expressive culture.” Could you share with us why you chose to study philosophy and how your work as a philosopher pertains to debates in fields such as Black studies, history, political theory, and popular culture?

Paul C. Taylor: I encountered philosophy just as I started to doubt the direction I’d chosen for my undergraduate studies. I had every intention of following in my father’s footsteps and training to become a medical doctor. But then my father told me just how much the practice of medicine had changed since he went into it, and how much harder he’d have to think about going into it now. (Why? Briefly: managed care and malpractice insurance premiums.)

At the same time, the post-civil rights world came into its own, especially for those of us on HBCU campuses. This left us with questions that we could answer only by engaging in broadly philosophical reflection: What is Africa to us, with our fake Kente and our single-issue, Mandela-obsessed politics? What is the Martin Luther King holiday to us, coming as it did on Ronald Reagan’s watch? Should soaring oratory delivered by Southern Christian Leadership Conference (SCLC) vets from honored perches in King Chapel move us as much as Willie Ricks’ jeremiads from a makeshift soapbox in the cafeteria? What does it mean to install Black leaders in a chocolate city—I was in Atlanta, after Maynard Jackson—that’s run by white money? Who represents the future of Black film, Spike Lee or Julie Dash? Or Steven Spielberg?

I found myself taken with these questions, and doubtful that studying biology would help me answer them. I saw later on that I could have taken a double major, and that doing so would have made me a better and more productive thinker. But I wasn’t thinking that way then, and to be honest, I was essentially majoring in the Black College Experience, for good and for ill. Philosophy was my second major.

I was fortunate to take that informal major in Black College Life because (at best) my academic training alone would have left me in an uneven relationship to fields like history and Black studies. Philosophy—professionalized academic philosophy, that is, not the essential human activity that needn’t be professionalized and that shares the name—was in some ways a poor choice for the work I’d hoped to make it do. It was then–and to a considerable degree remains–an overwhelmingly white discipline, both demographically and ideologically. So I’ve spent more time than I’d like trying to get back to the questions that interested me from the resources I spent the early part of my career developing. Philosophy’s distance from Black life and from certain key resources for understanding it is one factor leading people like Cornel West and Angela Davis to go on to more verdant and expansive intellectual pastures. As Lou Outlaw taught me, the profession of philosophy often constrains and frustrates the human practice of philosophizing. Still, I’ve tried to remain in conversation with, or build bridges to, Africana thought, cultural theory, and other disciplines. 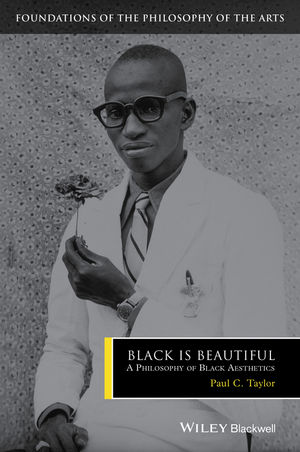 Roberts: You’ve devoted much of your scholarly writings to the philosophy of race, including Race: A Philosophical Introduction (2003/2013), The Philosophy of Race (2012), and On Obama (2016). These works arguably are of vital importance to our understandings of race and the attendant phenomenon of racism, especially in the age of Trump. Yet what do you say to skeptics that question the contemporary relevance of philosophical analysis to interpretations of race and racism?

Taylor: I understand their skepticism. People raised the way I was raised—say, in grudgingly and minimally reconstructed settler colonial states—want to know how to survive and thrive in a world defined by forces like anti-Black racism. Philosophers trained the way I was trained—largely in the analytic tradition, which cherishes logic and language the way other traditions cherish history and culture—wanted to know whether race is real, and what words like “race” refer to.

This is of course not true of all analytic philosophers. I had the privilege of training under Howard McGary, who with a few others had long worked at making room for responsible thinking about race in a rather blinkered profession. But it was true enough of enough people to put questions of meaning and reference at the heart of the field.

To be clear, these questions have their place. But they can’t be the only questions, and they probably shouldn’t be the first questions, and they definitely shouldn’t be asked in isolation from the historical and cultural conditions that make them seem more interesting than they are—conditions related to the forced deradicalization of US philosophy departments during the Cold War, and to the forced pivot in public political discourse and practice from racial liberationism to racial liberalism.

That said, there are of course different versions of professional philosophy, and various forms of sustained intellectual work outside of the profession—in political theory, in sociology, in art practice, and elsewhere—that engage philosophical questions and resources. I value and learn from that work, and hope to join colleagues like Linda Alcoff, Lewis Gordon, and Charles Mills in traveling productively between those different idioms of intellectual engagement. This is the spirit in which Alcoff, Luvell Anderson and I co-edited the Routledge Companion to Philosophy of Race (2018), most of which takes up questions not about metaphysics or language. One of our hopes for that book was the same hope that has always driven my work: to put professional philosophy in the service of the deeper, broader questions that arise for people who think hard about the concrete conditions of human life.

Roberts: Sylvia Wynter contends that those concerned with the state of modern Black life must rethink aesthetics. You also uphold this dictum. I’m thinking here of Black is Beautiful, your essays “Does Hip Hop Belong to Me?” and “The Last King of Scotland or the Last N—-r on Earth? The Ethics of Race on Film,” and your recent post for the blog, Aesthetics for Birds. How does inquiry into Black aesthetics—which includes explorations into art and the music-politics relationship—explain Black life, Black death, and notions such as freedom, equality, and justice?

Taylor: I don’t know that studying Black aesthetics explains these things, exactly. It unveils, sometimes. It complicates. It illuminates. Studying aesthetics enriches our conceptions of these things, and invites us to engage the dimension of experience where we live them most vividly and in ways that remind us of their intersectional complexity. And it cultivates fluency in relation to some of the key pathways – narrative, iconography, bodily stylization, visual culture, and so on – through which race does its work. I’d want a fuller story about what “explain” is doing here before saying much more, but I will offer this down payment: it is impossible to understand phenomena like Barack Obama’s rise or Donald Trump’s “shithole countries” remark without understanding the aesthetic dimensions of US racial liberalism and of the politics of immigration.

Roberts: Tell us about one aspect of your life that we won’t likely discern from reading your professional biography or c.v. and how it impacts your scholarship.

Taylor: In a slightly different world I’d be doing sports analytics. Or I’d be an architect. Neither has interestingly impacted my work to this point, apart from giving me options for things to do other than work. But I have been slowly inching toward writerly engagements in both domains. Also, the great Nikky Finney once punched me in the chest in an attempt to embolden my writing. I wear that as a badge of honor.

Roberts: Could you describe for us what you’re working on currently?

Taylor: I have very patient editors waiting for a couple of books. One of these is a scholarly monograph that aims to develop in more depth the ideas that my first book introduced. The other aims for a wider readership and a more accessible, essayistic style, and uses a Baldwin-inspired notion of racial innocence to consider the ethical, epistemic, and aesthetic challenges of facing the world that produced the upheavals in Ferguson, Missouri and that those upheavals laid bare.

Comments on “Black Aesthetics and the Philosophy of Race: An Interview with Paul C. Taylor”