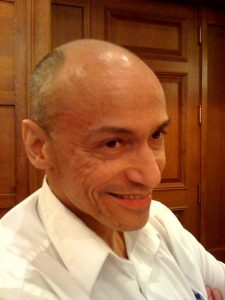 This month I interviewed Charles W. Mills about his new book, Black Rights/White Wrongs: The Critique of Racial Liberalism. Mills is Distinguished Professor of Philosophy at the CUNY Graduate Center. He works in the general area of social and political philosophy, particularly in oppositional political theory as centered on class, gender, and race. His first book, The Racial Contract (1997), won a Myers Outstanding Book Award for the study of bigotry and human rights in America. It has been adopted widely in hundreds of courses across the United States, not just in philosophy, but also political science, sociology, anthropology, literature, African-American, American Studies, and other subjects. His second book, Blackness Visible: Essays on Philosophy and Race (1998), was a finalist for the award for the most important North American work in social philosophy of that year. His other books are From Class to Race: Essays in White Marxism and Black Radicalism (2003), Contract and Domination (co-authored with Carole Pateman) (2007), and Radical Theory, Caribbean Reality: Race, Class and Social Domination (2010). In March of 2017, Oxford University Press published his most recent book and the subject of today’s interview: Black Rights/White Wrongs: The Critique of Racial Liberalism (2017). Mills also co-edited Philosophy: The Big Questions (2003) with Ruth Sample and James Sterba; a special issue of the Du Bois Review on “Race in a ‘Postracial’ Epoch” (Spring 2014) with Robert Gooding-Williams; and Simianization: Apes, Gender, Class and Race (2015) with Wulf D. Hund and Silvia Sebastiani.

Neil Roberts: Your scholarship has been indispensable for those of us concerned with white supremacy as a political system, anti-black racism, ideology, visions of alternative futures, and the intersections of political philosophy, history, and Africana thought. The contemporary discourses of Afro-pessimism and Afro-optimism in black critical theory alone do not capture the insights of your unique interventions, as works such as The Racial Contract, Blackness Visible, From Class to Race, and Radical Theory, Caribbean Reality underscore. Could you share with us what led you to write the stunning new book, Black Rights/White Wrongs: The Critique of Racial Liberalism?

Charles Mills: Thanks for that very positive assessment—I hope others will agree with you! You could say there was both a general and a specific motivation. My ongoing general motivation for the past twenty years or so has been to help with the project of unwhitening mainstream political philosophy by bringing issues of race and racial justice into the conversation. This project was pioneered in the 1970s-80s by African American philosophers working on race like Bernard Boxill (actually, Afro-Caribbean) and Howard McGary (in the analytic tradition) and Lucius Outlaw and Leonard Harris (in the Continental/American philosophy tradition). More recently, we have had important contributions from Bill Lawson, Cornel West, Derrick Darby, Tommie Shelby, Robert Gooding-Williams, Kathryn Gines, Christopher Lebron, and others. So significant progress has been made in creating a body of philosophical work dealing with and oriented by the Africana experience in modernity. The task now is to de-ghettoize it and get the Euro-American establishment to face up to the challenge it raises to the frameworks and normative assumptions of mainstream “white” political philosophy. So the more specific motivation for this book in particular was to diagnose “racial liberalism” as the central ideological formation of the modern Western political tradition, to expose its history and current manifestations, and then to show how we need to critique and transcend it. 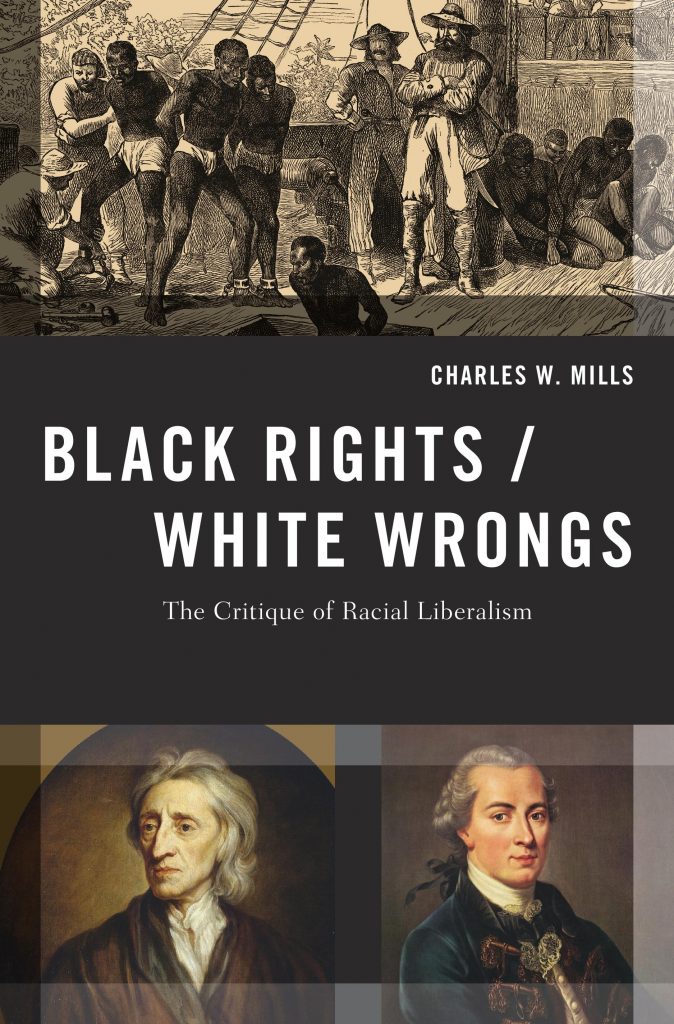 Roberts: The idea of “racial liberalism” is central to your book’s overall argument. In coining the term “racial liberalism” and explicating its meaning, you examine modern black intellectuals as well as the legacies of two white philosophers from the eighteenth and twentieth centuries: Immanuel Kant and John Rawls. Can you explain why you engage with this constellation of figures and the corresponding movements they are associated with?

Mills: Yes, sure. The reason for engaging with Kant and Rawls is that the plausibility of my case will be enhanced if I can demonstrate that two of the most important white moral/political philosophers of the modern period were “racial liberals.” Kant was a racial liberal in the straightforward old-fashioned racist sense—he said we should give respect to all persons while simultaneously declaring that blacks and Native Americans were natural slaves. Rawls is a racial liberal in the subtler contemporary sense—he condemns racism while devising a theory of justice which launders European colonialism and imperialism, structurally excludes the correction of historic racial injustices, and is basically oriented by the perspectives and priorities of the white settler population (Native Americans make no appearance in the 2000 pages of Rawls’s five books.) Moreover, Kant and Rawls are linked in that Kant is the most important inspiration for Rawls’s “deontological liberalism,” a liberalism supposedly predicated on justice and respect for equal persons.

Correspondingly, I am claiming that the ideological/political struggles of blacks over the past few hundred years can to a large extent be illuminatingly framed as the attempt to overcome “racial liberalism” and deracialize it, thereby producing a color-conscious liberalism sensitive, rather than obtuse, to racial injustice. I have an essay in Nick Bromell’s forthcoming edited collection for the University Press of Kentucky, A Political Companion to W.E.B. Du Bois, whose title is “W.E.B. Du Bois: Black Radical Liberal.” So my contention is that, both for analyzing the arguments of its exponents and of its critics, racial liberalism as a concept provides valuable insight into racial politics, white and black.

Roberts: Why do you explore at length the implications of whiteness, white ignorance, white wrongs, and white responsibility for racism and historical injustices?

Mills: The book is in a black political theory series, Cathy Cohen and Fredrick Harris’s “Transgressing Boundaries: Studies in Black Politics and Black Communities.” But I am writing as a black political philosopher, so my perspective, while overlapping that of political theorists, also has its own distinctive features. And in theory, we—philosophers—are the ones who are supposed to have the traditional expertise on these questions (applied here to race) of social ontology (“whiteness”), epistemology (“white ignorance”), and ethics (“white moral responsibility” for “white wrongs”). So my hope is that the book will attract a wide readership across many disciplines, and that people will find particularly novel and useful these peculiarly philosophical insights, especially since African American philosophy has not yet attained the same high profile and degree of recognition in the academy as, say, black literature, music, sociology, theology, educational theory.

Roberts: You acknowledge the historical flaws in genres of liberalism whose language purports universal ideals but whose real-world applications have been altogether limited. Domination over and arbitrary interference into the lives of black subjects have been integral to the functioning of racial states and Herrenvolk democracies. So today why shouldn’t blacks desiring freedom, equality, rights, and justice in polities founded on the twin principles of white supremacy and liberalism simply reject liberalism in all its forms?

Mills: It’s certainly a perfectly reasonable question, given liberalism’s actual history. The case I try to make in the book is that racialized (“racial”) liberalism has been the problem rather than liberalism as such, but that it is understandably hard to appreciate this considering that the former has been the dominant form of liberalism for hundreds of years! Two considerations, one intrinsic, one instrumental, can be advanced in favor of trying to work within a (modified) liberal framework. First, liberalism’s founding principles—the rule of law, the moral equality of all individuals, the state as providing equal protection of our interests, the ideal of individual flourishing—are very attractive ones. Of course, as detailed in the book, they have all been systematically violated in practice (and not just for people of color, but white women also). But that doesn’t diminish their worth as ideals. Second, racial justice for blacks and other people of color can only be achieved through some form of coalition with whites, considering that whites are not merely the demographic majority but have power (political, economic, military, cultural, symbolic) vastly disproportionate to their numbers. Liberalism as a political ideology has always been the dominant ideology in the United States, albeit too often (as just pointed out) in racialized forms. So in trying to put together a political coalition of the class- and racially-disadvantaged, liberalism—appropriately modified, of course—could provide an overarching moral/political framework acceptable to all. The most successful mass progressive political movement of recent years is the Bernie Sanders campaign—and he was advocating a democratic socialist/left-liberal agenda. So though he ultimately failed to get the nomination (though he might have won the Presidential election against Donald Trump), this shows how the political climate in the country has changed, and what could be possible with a broader movement that did not sideline racial justice issues as his campaign did.

Roberts: By the end of Black Rights/White Wrongs, you issue a trenchant twofold provocation: first, riffing off the Occupy Wall Street movement, you call on us to “Occupy liberalism!”; and second, you introduce what I anticipate will be the most controversial notion in the book, namely “black radical liberalism.” Could you describe for us what black radical liberalism is and its ramifications for black politics and activism in the Age of Trump?

Mills: Black radical liberalism is a liberalism that takes the history of white supremacy seriously in a way that mainstream liberalisms, whether white or black, do not. That’s what makes it “radical” (drawing on black nationalism and black Marxism, the two “radical” streams of Afro-modern political thought usually counterposed to black liberalism). It recognizes that the U.S. has historically been a white supremacist polity; that “races” are social entities that need to be incorporated into a liberal apparatus rather than evaded in the name of “individualism”; that the society has historically been founded on racial exploitation and the unjust transfer of opportunities, wealth, and resources from people of color to whites; and that the capitalism that has prevailed in modernity has for the most part been racial capitalism, white-supremacist capitalism, not the abstract “ideal” capitalism of white political theory, conservative or Marxist, and that this fundamentally shapes the perceived group interests and moral psychology of the white working class. One of the great virtues of the advent of the Age of Trump is—if nothing else—epistemic, the potential for greater clarity about the actual racial dynamics of the United States, and the discrediting of the ludicrous claims after Obama’s 2008 election of a post-racial society. My hope is that a black radical liberalism would be better positioned theoretically to guide a future political activism that in order to be successful will need to combine the struggle against plutocracy with the struggle against white supremacy, and negotiate the tricky mix of conflicting and potentially converging group interests involved.

Comments on “The Critique of Racial Liberalism: An Interview with Charles W. Mills”