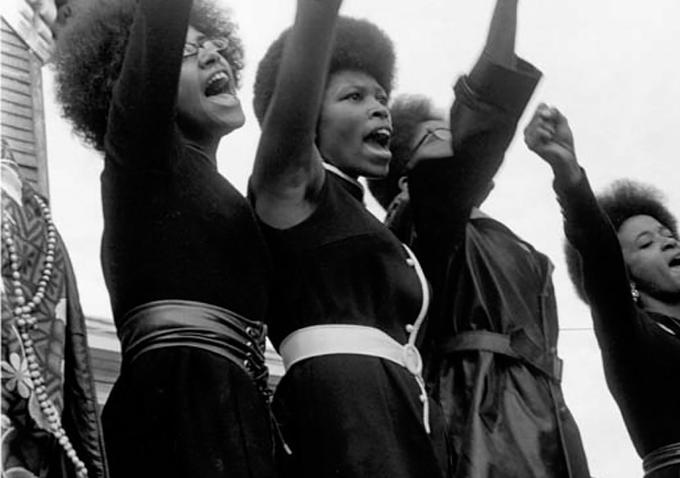 Next month, the African American Intellectual History Society will host its fifth annual conference at the University of Texas at Austin. The two-day conference will take place from March 6-7, 2020 and will feature a wide variety of panels exploring the many facets of the Black Radical Tradition. There will also be 14 university and trade presses in attendance. Many of them will have books published by conference attendees, so we encourage all to visit the book exhibit and meet with editors.

The conference will kick off on Friday with twenty-four panels that highlight some of the most exciting new scholarship on the Black Radical Tradition. One of the first winners of AAIHS’s C.L.R. James Fellowship, Crystal Eddins, will present on “Haiti as a Maroon State,” one of three papers on the Black Radical Traditions in the Haitian Experience Panel. During the second concurrent panel session, Black Perspectives Senior Editor J.T. Roane will chair a roundtable discussion on “Queer Perspectives on the Black Radical Tradition” and AAIHS Secretary Grace Gipson will moderate a discussion on “The Nuts and Bolts of Publishing a Book,” a panel featuring editors from Penn, Duke, Cambridge, and Vanderbilt University Press. There will also be an opportunity for attendees to tour the Black Studies art gallery in the Gordon White Building.

Friday’s afternoon sessions will begin with a roundtable on “Black Women’s Freedom Claims in Early America,” a panel featuring some of the leading scholars of slavery in the country, including Erica Armstrong Dunbar, Jennifer Morgan, and Jessica Johnson. Other panels Friday afternoon explore topics such as hip hop and the Black Radical Tradition, the Black Power Movement, and the intersections of Marxism and black radicalism. Additionally, the editors of the Journal of African American History—Pero Dagbovie, Derrick Alridge, and LaShawn Harris—will conduct a workshop on how to publish in the journal. The first day of the conference will conclude with keynote talk by Keeanga-Yamahtta Taylor on “21st Century Black Radicals in Search of Tradition.”

Saturday promises to be as exciting a day as Friday. That day will feature 27 panels, 2 plenaries, and a luncheon talk with Robin D.G. Kelley. Early panels on Saturday will explore topics such as “Nineteenth Century Political Thought”; “Histories of Black Trans Activism”; and “Militant Islam in the Nation and Beyond,” while sessions just before lunch will include a roundtable on former AAIHS Vice President Brandon Byrd’s new book The Black Republic and a session on “Black Women’s Internationalism and the Black Radical Tradition.” UT-Austin’s Vice Provost for Diversity and the founding chair of the African and African Diaspora Studies Department, Dr. Edmund T. Gordon, will lead two racial geography tours for attendees that address how anti-black racism, patriarchy and militarist nationalism of the New South are sedimented in the architecture, landscape, campus layout, and building names of the University of Texas.

Saturday will continue with a luncheon talk with Robin D.G. Kelley, one of the leading scholars of the Black Radical Tradition. AAIHS conference committee member Charisse Burden-Stelly will moderate this discussion and explore Kelley’s intellectual journey, groundbreaking research, and contributions to the field over nearly three decades. Two plenary sessions will follow the luncheon talk. The first of these will focus on “Religion and the Black Radical Tradition” while the second, moderated by AAIHS President Keisha N. Blain, will examine “Women, Gender, and the Black Radical Tradition.” The day will conclude with a final session featuring panels such as “Reading for Pleasure: African American Sensual History” and a roundtable on “Navigating the Academic Job Market.”

As is evident from this list of panels and events, the fifth annual conference of the African American Intellectual History Society promises to be an exciting intellectual space bringing together new and established scholars of the Black Radical Tradition. The conference committee looks forward to welcoming you all to Austin.