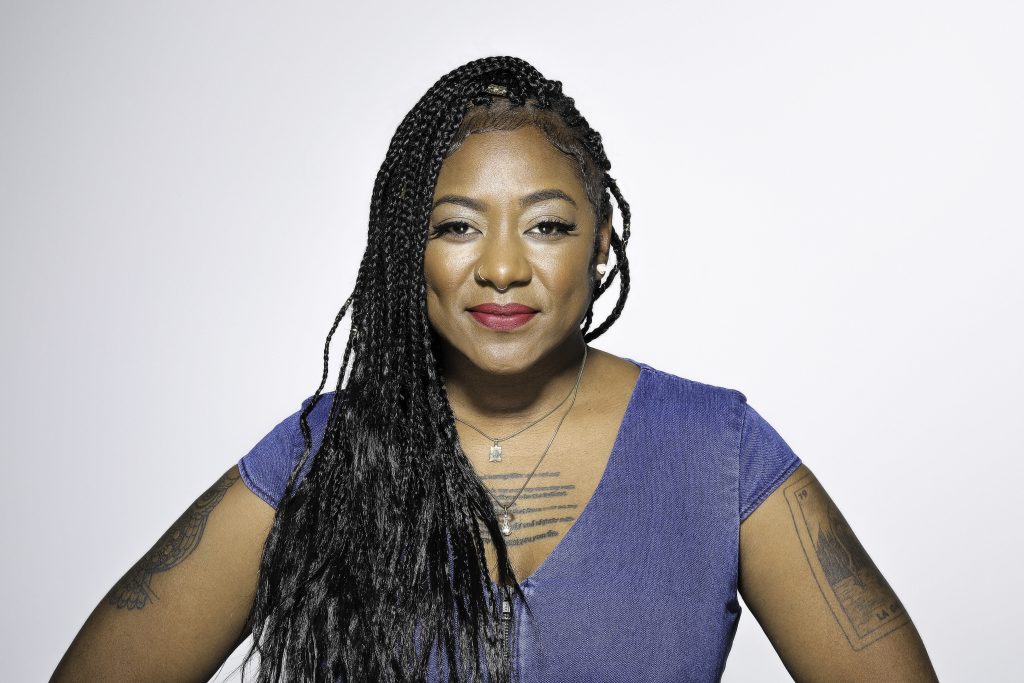 In today’s post, Ajamu Amiri Dillahunt interviews  activist and author Alicia Garza for Black Perspectives. Garza founded the Black Futures Lab to make Black communities powerful in politics. In 2018, the Black Futures Lab conducted the largest survey of Black communities in over 150 years. She believes that Black communities deserve what all communities deserve—to be powerful in every aspect of their lives. An innovator, strategist, organizer, and cheeseburger enthusiast, she is the co-creator of #BlackLivesMatter and the Black Lives Matter Global Network, an international organizing project to end state violence and oppression against Black people. The Black Lives Global Network now has 40 chapters in 4 countries. She also serves as the Strategy & Partnerships Director for the National Domestic Workers Alliance, the nation’s premier voice for millions of domestic workers in the United States. She is also the co-founder of Supermajority, a new home for women’s activism. She shares her thoughts on the women transforming power in Marie Claire magazine every month. Her forthcoming book, tentatively titled How to Turn a Hashtag Into a Movement will be published in 2020, and she warns you—hashtags don’t start movements. People do.

Ajamu Amiri Dillahunt: What experiences led to your involvement in social justice work?

Alicia Garza: I started getting involved in social justice work when I was 12 years old. I got involved in a campaign to allow the school nurse to carry condoms. My mom used to talk to me a lot about how hard being a single mother was—and that means she talked to me early and often about sex. I realized a lot of my peers weren’t getting the same information I was and that was impacting their choices and limiting their options.

I watched my mom really struggle to make everything work. As a Black woman, her options were limited—much more so than mine. I think I made up my mind at a pretty young age to fight for women like my mom to be able to live a better life.

Dillahunt: Describe your movement work prior to the creation of the #BlackLivesMatter hashtag?

Garza: I started my social justice work in the reproductive rights movement. I did that work for about a decade—and then got really disillusioned with it because I began to learn more about some of the racist history that had become intertwined with that movement. I learned about Margaret Sanger and the eugenics movement, which was directed towards Black people and people of color. The work I was involved with was much more focused on reproductive rights, rather than reproductive justice. I think becoming disillusioned with that movement led me to get involved in more work around racial justice and gender justice.

As soon as I graduated from college, I went back home and got involved in movement work. I got trained in organizing by doing a program through the School of Unity and Liberation. I started organizing in East and West Oakland through a racial justice membership organization. I worked in San Francisco for about a decade, running a campaign that was fighting back against the gentrification happening in the largest remaining Black community in the city.

I started the Black Lives Matter Global Network in 2013 alongside Patrisse Cullors and Opal Tometi. I left the day-to-day operations of the organization in 2017 to pursue a passion project called the Black Futures Lab.

Dillahunt: What does your current movement work consist of?

Garza: Most of my movement work is focused on making Black people powerful in every aspect of our lives.

Our first project was called the Black Census Project—which is now the largest survey of Black communities in America in 154 years. Through this project, we surveyed more than 30,000 Black people in communities across all 50 states—from rural to urban, US born to immigrant, incarcerated and formerly incarcerated, liberal and conservative, LGBTQ and heterosexual, transgender and cisgender and gender nonconforming. We trained 106 Black organizers in 28 states to both help support this project and to build their own capacity to build power. We invested half a million dollars in Black-led organizations to help us advance this work, and we grew a supporter list of more than 11,000 people in just one year.

Next year, we’re doing big things—releasing a Black Agenda in advance of the 2020 election cycle that is informed by the data from the Black Census; expanding the Black electorate and registering 20,000 new Black voters before the 2020 general election; and generating support for our Agenda from 250,000 Black people across the country.

Dillahunt: How important is 2020 and beyond for the Black freedom struggle?

Garza: The Black freedom struggle requires a number of different forms of power in order to fully realize our goals—and political power is one of those forms of power. I think that the truth is that too many of us are ambivalent about elections as a terrain upon which we contest for power—and that’s an approach that is keeping us from winning what we deserve. Elections are opportunities to see who is with us—a litmus test if you will for what the politics are of the country. Elections can never win us freedom—but ignoring elections, where millions of people participate, and where Black people are increasingly being locked out of, can’t help us either.

Dillahunt: If people wanted to understand the current political and economic crisis, what books would you recommend?

Garza: To better understand the current political and economic crisis, I recommend the following books to start: Roads to Dominion: Right Wing Movements and Political Power by Sara Diamond; Democracy in Chains: The Deep History of the Radical Right’s Stealth Plan for America by Nancy MacLean; and White Rage: The Unspoken Truth of Our Racial Divide by Carol Anderson.

Dillahunt: How can people support and join your work?

Garza: To support our work, you can join our community! Sign up online at blackfutureslab.org!