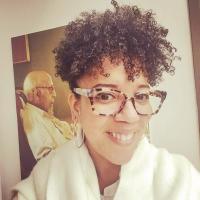 Whitney Battle-Baptiste is an Associate Professor of Anthropology and Director of the W. E. B. Du Bois Center at the University of Massachusetts Amherst. She is the author of Black Feminist Archaeology (Left Coast Press, 2011). Her academic training is in history and historical archaeology and her research is primarily focused on how the intersection of race, gender, class, and sexuality look through an archaeological lens. Her work has included interpreting captive African domestic spaces at Andrew Jackson’s Hermitage Plantation, school segregation in 19th century Boston at the Abiel Smith School on Beacon Hill, the Burghardt family homestead, also known as the W. E. B. Du Bois Homesite in Great Barrington, Massachusetts, and her most recent work on the complexities of navigating a community-based archaeological project at the Millars Plantation site on the Bahamian island of Eleuthera. Follow her on Twitter @Blackfemarch. 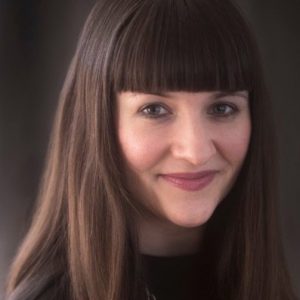 Britt Rusert is Associate Professor in the W. E. B. Du Bois Department of Afro-American Studies at the University of Massachusetts Amherst and the author of Fugitive Science: Empiricism and Freedom in Early African American Culture (New York University Press, 2017). Rusert received her Ph.D. in English and certificate in Feminist Studies from Duke University. Her research and teaching focus on African American literature and visual culture, American literatures to 1900, Afrofuturism, science and technology studies, gender and sexuality, and critical theory. She is currently working on a study of William J. Wilson’s “Afric-American Picture Gallery” (1859), a text that imagines the first museum of Black art in the United States. With Adrienne Brown, she is also editing W. E . B. Du Bois’s short genre fiction. Their edition of Du Bois’s fantasy story, “The Princess Steel,” was published in PMLA. Follow her on Twitter @BrittRusert. 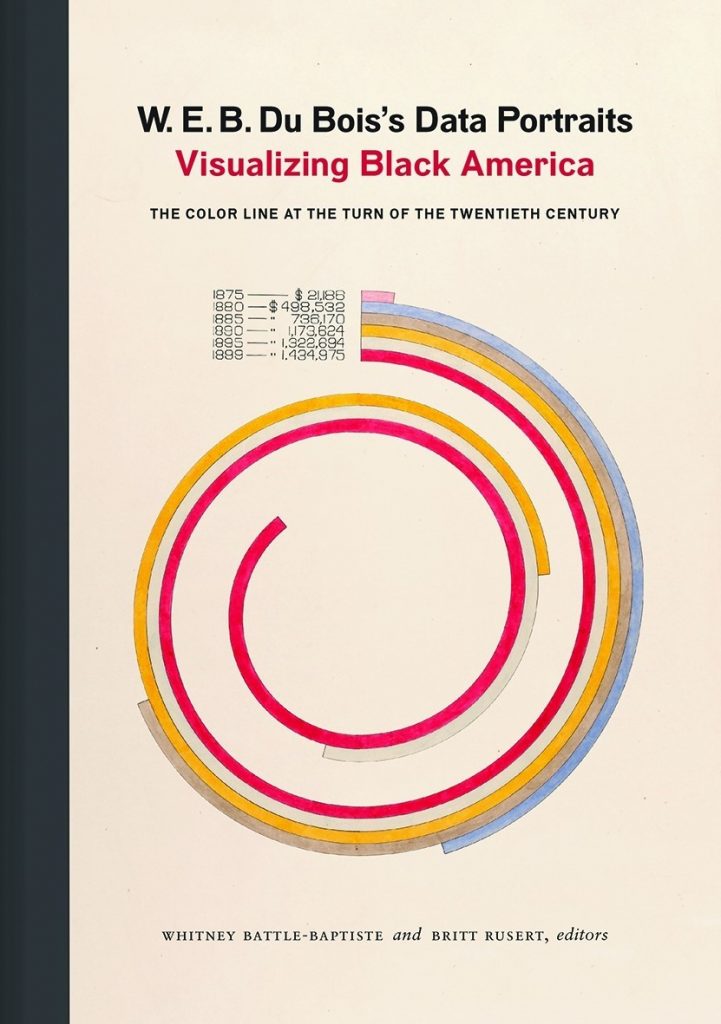 W. E. B. Du Bois’s Data Portraits: Visualizing Black America present the colorful charts, graphs, and maps presented at the 1900 Paris Exposition by famed sociologist and Black rights activist W. E. B. Du Bois. The data portraits offer a view into the lives of Black Americans, conveying a literal and figurative representation of “the color line.” From advances in education to the lingering effects of slavery, these prophetic infographics—beautiful in design and powerful in content—make visible a wide spectrum of Black experience.

W. E. B. Du Bois’s Data Portraits collects the complete set of graphics in full color for the first time, making their insights and innovations available to a contemporary audience while exploring their context in social and design history. As Du Bois’s prophetic work continues to grow in potency and relevance, these images illustrate, in the works of the introduction, how “data might be reimagined as a form of accountability and even protest in the age of Black Lives Matter.”

These rarely seen and beautifully rendered data visualizations show the promise and creative possibilities of Black art and science, more than a century ago, to remake America in the true image of all her people. Drawn in brilliant and vivid colors in these portraits, Du Bois’s color line reminds us that the struggle for justice is also the struggle for truth, then as now.”–Khalil Gibran Muhammad, Harvard University

Phillip Luke Sinitiere: Please share with us the creation story of your book—those experiences, those factors, those revelations from your engagement with W. E. B. Du Bois’s work that influenced the assembly of this fascinating volume.

Whitney Battle-Baptiste: The book came together in a very organic way. I was approached by two editors at Princeton Architectural Press about the possibility of a collaborative publication of W. E. B Du Bois’ infographics. I was excited and remembered the recent appearance of these same images all over social media platforms and in other online publications. Right after my initial meeting, Britt literally walked into my office. I knew about her recent work on the speculative fiction by Du Bois, but did not know about her interest in these images and their connection to Du Bois’s speculative thought. She was already in the process of writing a piece about how the infographics were created through a network of distributed Black knowledge production across the U.S. South. And so, the book began to take shape from here.

Phillip Luke Sinitiere: The combination of scientific and historical competencies required for Du Bois’s data visualizations creates the context for a cross-disciplinary assembly of interpreters. How did the different scholarly vantage points come together for the book, and what is the collective interpretation the essays offer on Du Bois’s role in visualizing Black culture both in modernity and for today?

Britt Rusert: The work of Du Bois is interdisciplinary at the foundation. The 1900 American Negro Exhibit reflects a seamless connecting of statistics, photography, landscapes, and material culture for the representation of Black life at the turn of the twentieth century. At the same time, this is a moment when academic knowledge had not quite hardened into the academic disciplines and sub-disciplines that structure the organization of institutional knowledge practices today. Our collection tries to capture something of the not-yet-disciplined quality of the Du Bois infographics.

We reached out to scholars we knew would bring a rigorous and creative lens to the interpretation of the material. Silas Munro is a designer who is interested in the intersections between design history and social justice. Mabel Wilson’s Negro Building: Black Americans in the World of Fairs and Museums (2012) is essential reading for anyone wanting to learn about the history of Black participation and activism at world’s fairs and exhibitions across two centuries. And Aldon Morris’s study of Du Bois’s training of a school of Black sociologists at Atlanta University provided the intellectual and institutional context that allowed us to see the truly collaborative nature of the infographics. We are grateful that all three of these scholars agreed to bring their knowledge and expertise to bear on the work Du Bois and his students at Atlanta created for the Paris Exposition. The transitional nature of the images are particularly fascinating: they look back to innovations in data design in the nineteenth century at the same time as they anticipate later avant-garde art movements, including Bauhaus. We are looking forward to seeing how the Du Bois infographics might begin to enter a robust landscape of Black art-making and visual culture today. At the same time, we hope the volume encourages us all to rethink and possibly even re-periodize the contours of modernism itself from the perspective of Black Atlanta in 1900.