loading...
By Ibram X. Kendi May 6, 2017 Comments Off on Fugitive Science: A New Book on Scientific Racism in America 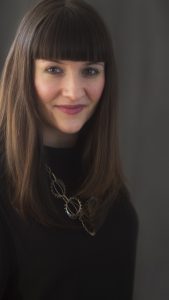 The author of Fugitive Science is Britt Rusert. An interdisciplinary scholar who works at the intersections of race, science, and culture, Rusert is Assistant Professor in the W. E. B. Du Bois Department of Afro-American Studies at the University of Massachusetts Amherst. Her research and teaching interests include black speculative and science fiction, Afrofuturism, feminist science studies, slavery and the archive, visual culture, black radical thought, and critical theory. Her essays have appeared in American Quarterly, Social Text, African American Review, Radical History Review, American Literary History, Early American Studies, Polygraph, and elsewhere. With Adrienne Brown, she edited and introduced Du Bois’s little-known fantasy fiction, “The Princess Steel,” for PMLA.

Rusert’s research has been supported by fellowships from the National Endowment for the Humanities, American Antiquarian Society, Robert H. Smith International Center for Jefferson Studies at Monticello, the John Hope Franklin Humanities Institute, the Center for the Humanities at Temple University, and the Center for Genome Ethics, Law & Policy at Duke University. Her 2013 American Quarterly essay, “Delany’s Comet: Fugitive Science and the Speculative Imaginary of Emancipation,” received the Interdisciplinary Nineteenth-Century Studies (INCS) Essay Prize and a finalist mention for the Constance Rourke prize. Rusert is currently editing Du Bois’s sci-fi and fantasy writing with Adrienne Brown and is beginning a monograph about William J. Wilson’s “Afric-American Picture Gallery” (1859). With Leif Eckstrom, she created a teaching edition of Wilson’s Picture Gallery for the Just Teach One: Early African American Print initiative. Follow Professor Rusert on Twitter @brittrusert. 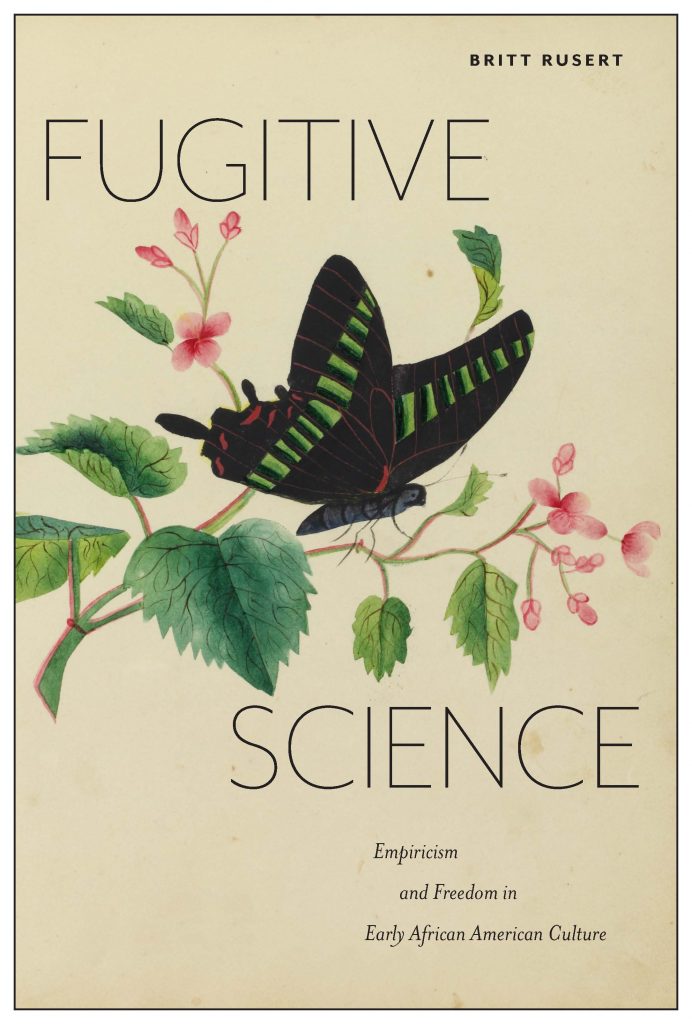 Fugitive Science chronicles a little-known story about race and science in America. Traversing the archives of antebellum black literature, performance, and visual culture, Britt Rusert uncovers the experiments of a group of writers, performers, and artists who crafted and enacted sophisticated critiques of racial science. While the history of scientific racism in the nineteenth century has been well documented, there was also a counter-movement of African Americans who worked to refute its claims.

Far from rejecting science, these figures linked a variety of fields—from astronomy and ethnology to physiology and even phrenology—to both on-the-ground activism and more speculative forms of knowledge creation. Largely excluded from institutions of scientific learning and training, they transformed spaces like the page, the stage, and the parlor into laboratories of experimentation. From the recovery of neglected figures like Robert Benjamin Lewis, Hosea Easton, and Sarah Mapps Douglass, to new accounts of Martin Delany, Henry Box Brown, and Frederick Douglass, Fugitive Science makes natural science central to how we understand the origins and development of African American literature and culture.

Beautifully written and a pleasure to read, Fugitive Science is an ambitious, creative, and deeply researched interdisciplinary study of nineteenth-century African Americans’ engagements with racial and other sciences of the period. Rusert’s notion of ‘fugitive science’—the idea that African Americans developed perspectives on science apart from established scientific communities and thus ‘on the run,’ as it were—is compelling and will quickly become one of the vital paradigms of nineteenth-century African American studies.”—Robert S. Levine, author of The Lives of Frederick Douglass

Ibram X. Kendi: Books have creation stories. Please share with us the creation story of your book—those experiences, those factors, those revelations that caused you to research this specific area and produce this unique book.

Britt Rusert: This project emerged from a long-standing interest in the interarticulations of science, race, and sex/gender, but more immediately, and perhaps more prosaically, it emerged from a surprising discovery about the coverage of science in black newspapers and magazines in the antebellum period. While doing some post-dissertation research, I was shocked to realize that there was a significant and largely positive discourse on natural science in black periodicals of the period. Editors and contributors railed against the racism of the American school of ethnology and the exploitation of people of African descent as research subjects, but they also wrote about the emancipatory potential of a range of scientific fields. Microscopes were advertised in the North Star. Frederick Douglass reprinted treatises on astronomy that resonated with black existential realities and the cosmic dimensions of fugitive escape.

This finding completely, but happily, derailed my research agenda for the book. In my dissertation I had been interested in how the plantation emerged as a particular type of experimental space because of its presumed ecological exceptionality (a topic to which I plan to return given emerging conversations about racial capitalism, enslavement, and the Anthropocene, along with how the thought of Sylvia Wynter is energizing a range of crucial interventions around science, geography, and the environment in Black Studies). But for the book, I decided to explore the direct ways that black intellectuals, artists, and activists responded to and engaged with antebellum science. This shift in focus allowed me to uncover a kind of race science “from below” in the nineteenth century, and in this way, Fugitive Science contributes to scholarship on Black Enlightenment (Cedric Robinson, Robin Kelley, Fred Moten, Wynter), as well as the racial politics of knowledge more broadly. It also seeks to clear space for interdisciplinary and critical approaches to race and science from the perspective of the black radical tradition, rather than, for example, the history of science.

Fugitive Science is definitely engaged with questions about African American intellectual history, and I’m particularly interested in uncovering the role that natural science played in black intellectual networks before the Civil War. But my book also describes some contexts and histories that might not seem immediately “scientific.” It’s true that I’m not particularly interested in policing the definition or parameters of science. I want to capture the methodological eclecticism and openness of science in an age before professionalization, but I also want to keep science open because I’m interested in how an expansive and politicized understanding of “black science” might be reanimated in and for the present. I hope that fugitive science has a resonance that helps scholars rethink natural science in the nineteenth century, but I’m also excited to see how it might take root and ramify in alternative historical, geographic, and political contexts, including contemporary ones. Fugitive science is a concept that wants and needs to move, and I look forward to seeing where it goes.