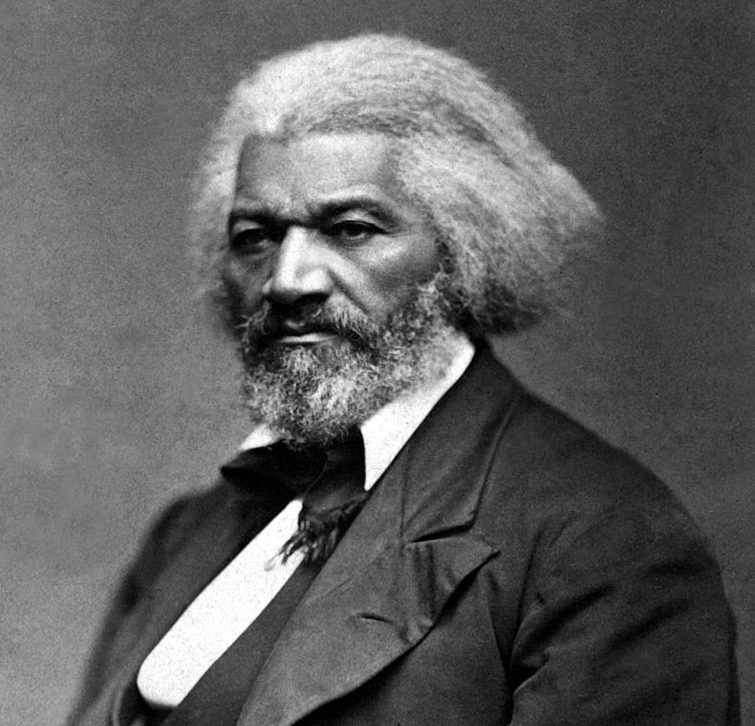 As President Trump recently said on the occasion of Black History Month, Frederick Douglass “is being recognized by more and more people.” From the grammar of their remarks, it is not clear whether the President or his spokesperson, Sean Spicer, understand that Douglass lived (and died) in the 19th century. While Trump may not be familiar with the extraordinary biography of the fugitive ex-slave, abolitionist leader, and brilliant African-American orator, it is highly ironic that he should cite Douglass given the contrast between his views on immigration and the recent executive orders urging construction of a border wall with Mexico and banning Muslim immigrants.

Trump’s gaffe has been seen as indicative of his ill-informed and distorted view of the condition of African-Americans, and as evidence of the need for all U.S. citizens to be better educated in black history. Still more important are the ways in which Douglass’s ideas on immigration could improve and deepen the contemporary political conversation.

In the 1870s, during Reconstruction, Douglass sketched a vision of the U.S. as a multiracial democracy that would be welcoming of immigrants from all corners of the globe. In an 1869 lecture on the United States’s emerging “Composite Nationality,” he explicitly argued against the kind of white nationalism that would reserve the United States only for European settlers and their descendants. He wrote:

I want a home here not only for the [N]egro…and the Latin races, but I want the Asiatic to find a home here in the United States…both for his sake and ours.

For Douglass, the U.S. was destined to be the site of a diverse democracy with a non-white majority because of its republican principles and commitment to religious freedom. He had a cosmopolitan vision of the United States in which racial and ethnic diversity were “a blessing rather than a misfortune.”

Douglass believed in a human right to migration. His ideas are thus completely at odds with the building of border walls and the banning of refugees. The U.S., he argued, could overcome the wrongs of slavery and expulsion of Native Americans by fully integrating them and welcoming non-white immigrants from Latin America and Asia, who would all together help create a more equal society.

Unfortunately, many are unfamiliar with this facet of Douglass’s thinking about U.S. politics, because of the tendency to overlook his writings on Latin America, where many of these ideas appear. As I show in my forthcoming book, however, approaching Douglass as a hemispheric thinker yields important insights that are very relevant to contemporary debates about immigration and the impact of demographic changes on U.S. democracy.

To be sure, Douglass’s embrace of immigration was not without its contradictions. He supported the proposed annexation of what is now the Dominican Republic by the United States in the 1870s, for example. His advocacy for the (voluntary) incorporation of Latin American nations into the U.S. would thus have set aside their sovereignty in order to create “a black sister to Massachusetts” within the union.

Nevertheless, Douglass’ vision of an equal, multiracial United States welcoming of immigrants is an important corrective to the xenophobia and isolationism that a significant portion of the U.S. electorate appears to be embracing today. One can only hope, then, that Frederick Douglass’s ideas about immigration will indeed become “more and more influential.” In fact, to genuinely honor Frederick Douglass and Black History Month the Trump administration should read Douglass carefully and seriously consider his views on immigration.

Juliet Hooker is Associate Professor of Government and African and African Diaspora Studies at The University of Texas at Austin. Her most recent book is Theorizing Race in the Americas: Douglass, Sarmiento, Du Bois, and Vasconcelos. Follow her on Twitter @creoleprof.