loading...
By Keisha N. Blain October 2, 2018 Comments Off on ‘Upending the Ivory Tower’: A New Book on the Black Student Movement

This post is part of our blog series that announces the publication of selected new books in African American History and African Diaspora Studies. Upending the Ivory Tower was recently published by New York University Press. 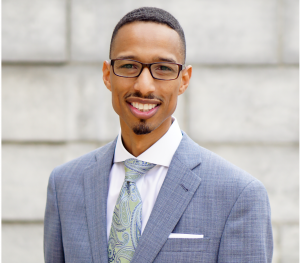 The author of Upending the Ivory Tower is Stefan Bradley, chair of the Department of African American Studies and associate professor at Loyola Marymount University. He is the author of Upending the Ivory Tower: Civil Rights, Black Power, and the Ivy League (New York University Press) and Harlem vs. Columbia University: Black Student Power in the Late 1960s (University of Illinois Press) that won the Phillis Wheatley Book Prize. Bradley is co-editor of Alpha Phi Alpha: A Legacy of Greatness, The Demands of Transcendence. His articles have been featured in the Journal of African American History, the Journal of Civil and Human Rights, American Studies and the Western Journal of Black Studies. To discuss his research, he has appeared on C- Span BookTV; NPR; PRI, as well as at universities and colleges throughout the nation. Bradley frequently volunteers on and off campus. In the wake of the tragic events in Ferguson and St. Louis, he engaged in discussions with representatives from the US Department of Justice, Civil Rights Commission, and Department of Education. As a voice from the community, Bradley has appeared in the New York Times and on MSNBC, CNN, BBC, Al Jazeera, and BET. Follow him on Twitter @ProfSBradley. 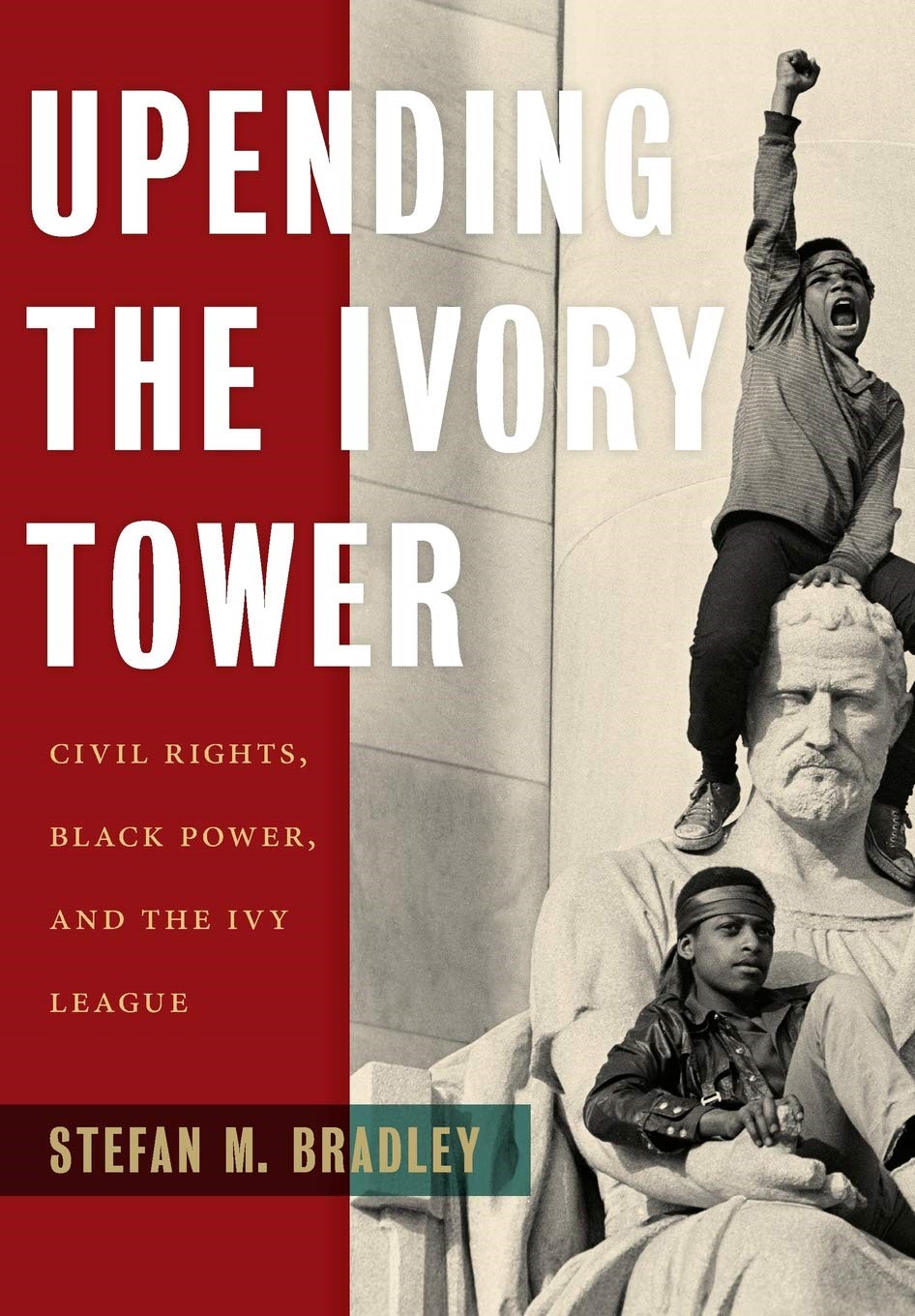 The eight elite institutions that comprise the Ivy League, sometimes known as the Ancient Eight—Harvard, Yale, Princeton, Penn, Columbia, Brown, Dartmouth, and Cornell—are American stalwarts that have profoundly influenced history and culture by producing the nation’s and the world’s leaders. The few black students who attended Ivy League schools in the decades following WWII not only went on to greatly influence black America and the nation in general, but unquestionably awakened these most traditional and selective of American spaces. In the twentieth century, black youth were in the vanguard of the black freedom movement and educational reform.
Upending the Ivory Tower illuminates how the Black Power movement, which was borne out of an effort to edify the most disfranchised of the black masses, also took root in the hallowed halls of America’s most esteemed institutions of higher education. Between the close of WWII and 1975, the civil rights and Black Power movements transformed the demographics and operation of the Ivy League on and off campus. As desegregators and racial pioneers, black students, staff, and faculty used their status in the black intelligentsia to enhance their predominantly white institutions while advancing black freedom. Although they were often marginalized because of their race and class, the newcomers altered educational policies and inserted blackness into the curricula and culture of the unabashedly exclusive and starkly white schools.
This book attempts to complete the narrative of higher education history, while adding a much needed nuance to the history of the Black Power movement. It tells the stories of those students, professors, staff, and administrators who pushed for change at the risk of losing what privilege they had. Putting their status, and sometimes even their lives, in jeopardy, black activists negotiated, protested, and demonstrated to create opportunities for the generations that followed. The enrichments these change agents made endure in the diversity initiatives and activism surrounding issues of race that exist in the modern Ivy League.
Upending the Ivory Tower not only informs the civil rights and Black Power movements of the postwar era but also provides critical context for the Black Lives Matter movement that is growing in the streets and on campuses throughout the country today. As higher education continues to be a catalyst for change, there is no one better to inform today’s activists than those who transformed our country’s past and paved the way for its future.

Stefan Bradley: Completing Upending the Ivory Tower in a moment when my students protested police violence in Ferguson and questioned their university’s role in propagating institutional racism was surreal. They discussed conflicted feelings of wanting to be in the movement but also needing to perform in the classroom. When not in the streets, a meeting, or the classroom, I wrote about the same issues from an earlier era. I wanted my students to know they were part of a lineage of Black educated people who found themselves with one foot in the neighborhood and one in the ivory tower. Confronted with a dual existence, the Black students and officials in the Ivy League during the postwar era struggled to maintain their status in two worlds, sometimes being marginalized in both.

The book intentionally marries higher education and the Black Freedom Movement. My desire is for readers to recognize the value of centering Black youth and educators. Many (certainly not all) white officials were willing to relent on certain issues of Black educational progress, but they were also committed to the same traditions and culture that the Ivy-covered walls had protected for centuries. Black students and educators daringly decolonized curricula and space on their elite campuses. The advancements regarding race relations at these Ivy institutions occurred largely because of the efforts of young Black people and their mentors.

I hope the book allows scholars to normalize the Black intelligentsia that chose to use its privilege for the masses while entering America’s leadership class. My work does not glorify the efforts of street activists over that of the campus agitators and thinkers who struggled for Black liberation; it marks them all as freedom fighters. The ideas that Black Ivy affiliates fought to insert into the exclusively white universities and colleges were important and enduring aspects of the Black Power agenda. The scholarship should reflect that.

I predict Black Freedom Studies scholars will continue to trace the wide expanse of the movement. Future authors will reframe discussions of higher education and Black freedom to more prominently feature women and others currently neglected in the literature. I also foresee scholars doing the difficult work of humanizing significant figures while contextualizing the systems in which they existed. Hopefully, Black student activists from the postwar generation are encouraged to share their own stories, which would be a gift to posterity. Finally, I know this moment of reawakening will be reflected in the literature.