loading...
By Laura Warren Hill February 21, 2017 Comments Off on There Is a Malcolm for Me 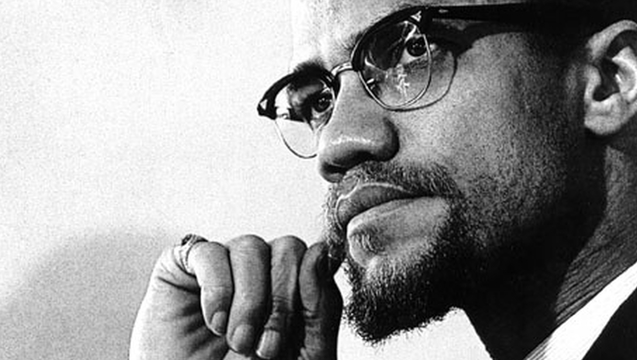 Today, as in his own lifetime, Malcolm X is many things to many people. As a historical figure, he has commanded wide and varied scholarship from all corners of the world. Born to Christian parents and raised in the Christian church, Malcolm died a Sunni Muslim, having come to that branch of Islam late in his life, by way of the Nation of Islam, an organization imbued with Christian practice, Christian imagery and Christian theology. Thus in trying to put Malcolm’s legacy into perspective, a Christian frame may not be altogether unfitting. In 1693, Thomas Shepherd penned a hymn wherein he asked: “Must Jesus bear the cross alone and all the world go free?” Shepherd then answered his own question: “No, there’s a cross for everyone, and there’s a cross for me.” Looking at the arc of Malcolm’s life and the scholarship it has generated, it is tempting to offer a riff on Shepherd: “There is a Malcolm for everyone, there is a Malcolm for me.” If so, and it appears to be so, then this is an awesome cross for one man to bear, even one of Malcolm’s caliber.

My own efforts to understand Malcolm’s legacy center on his relationship to Rochester, NY, where I found a Malcolm for me. Malcolm’s activities in Rochester are at odds with much of the Malcolm canon, and demonstrate that he often worked at multiple- if not exactly, cross-purposes. It is in a place such as Rochester that we observe Malcolm acting on the local level, intimately engaging with a community, a point so often overlooked in portrayals of the charismatic national leader and globetrotter.

In the early 1960s, Malcolm traveled to Rochester, NY and developed intimate relationships with a wide swath of Black activists. He first visited the Flower City in 1963 for a lecture, at the invitation of the University of Rochester. There he met Freddie Thomas and Constance Mitchell. He invited the pair, two of the only Black folk in the audience that night, to remain behind after the event. While Thomas was rumored to be affiliated with Rochester’s burgeoning Nation of Islam, Mitchell was a member of the NAACP, an Episcopalian, and a city council representative. The unlikely trio retired to Mitchell’s house after the event and stayed up until the wee hours of the morning with a small group of activists (including several Christian ministers whom Mitchell called upon her return home), discussing the state of race relations in Rochester—which was appalling, as future events would demonstrate. At the time, no one could have predicted that Malcolm, Mitchell and the Christian ministers gathered would develop the deep bonds they subsequently did.

A year after Malcolm’s first visit to the city, the authorities in Rochester struck hard at the local branch of the Nation of Islam. It was all part of a larger campaign to discredit the NOI in New York State, where inmates were suing to gain constitutional legitimacy for the Nation of Islam and the attendant protections it would afford. After police and fire authorities unceremoniously raided the Rochester mosque, nineteen Muslim men were arrested and tried an excruciating four times on various charges including rioting. Malcolm hastened to Rochester to lend support to the charged men, visiting the city no fewer than eight times between 1963 and 1965. But to Rochester’s larger Black community, the charged men were not just Muslims; they were former classmates, co-workers, and neighbors. As such, folks such as NAACP member Connie Mitchell and others not affiliated with the NOI readily came to their defense. Forming something of an alliance over the next year, members of the NAACP and Malcolm launched a campaign to support these men and their families, and to call greater attention to police violence in the city. Multiple Rochesterians recalled years later that Malcolm never once sought to convert them to the Nation, despite being its leading spokesman at the time. He was more interested, they recalled, in their unified “race first” approach. Despite his well-known critiques of the NAACP leadership, Malcolm sought partnerships with NAACP members on the ground, at the local level, in Rochester.

Nor was the partnership one-sided. Rochester activists also solicited solidarity from Malcolm. In 1964, Black Rochester responded to police terror and economic violence in one of the era’s first urban revolts. Unlike many civil rights leaders, those in Rochester did not condemn the uprising or the folks in open revolt. Instead, they sought ways to use the uprising to pressure city leaders to do right by Black Rochester. With financial help from the Council of Churches, a team of Black leaders (mostly radical ministers and women) considered bringing in skilled organizers to assist them. After a failed attempt to work with the Southern Christian Leadership Conference, they turned to Saul Alinsky, the well-known white organizer from Chicago and author of the much-referenced organizing manual, Rules for Radicals. Alinsky troubled some local folks because he was not Black. Trusting Malcolm’s knowledge of Chicago, they sought his advice, which he willingly provided. Folks in Rochester remember Malcolm (who had by then left the NOI) counseling that they should never be afraid to learn a new skill, regardless of the teacher.

Malcolm’s last visit to Rochester came in February 1965, just days before his assassination. His famous, “Not Just an American Problem, but a World Problem” speech was delivered there. On this occasion, the Colgate Rochester Divinity School invited him to speak on the subject of world religions—a task Malcolm was happy to perform, given his relationship with Rochester. But he had two conditions. First, he demanded an all-Black police security detail, a pointed demand given the long record of violence against the Black community at the hands of a nearly all-white police force. This request for a security detail also came on the heels of a firebombing in Malcolm’s home just two days prior. Malcolm’s second condition was an audience with the Black community, in addition to his talk at the divinity school. It was at his second talk of the day, at Corn Hill Methodist church, that Malcolm delivered “Not Just an American Problem.” 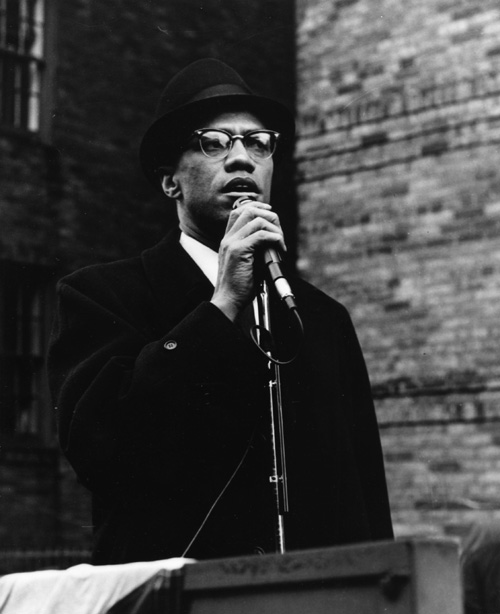 “Not Just an American Problem” is one of Malcolm’s last major addresses, offering a summation of his life’s work. Here he argued that black folk in the United States had too long been deluding themselves, had too long understood themselves as Americans at the expense of being an African and Third World people. Their collective goals, he went on, could not be realized by focusing exclusively on the United States. Rather, they needed to operate in the global arena in conjunction with Black, Brown, Yellow and Red folk. At heart, Malcolm was a public historian, and he looked for every opportunity to teach history to the public. On this occasion, he examined colonialism and revolution, showing how governments and societies are made and unmade. He also discussed the deep roots of racial oppression. Of critical importance to Malcolm was making his book learning plain for his audience, translating the past and the present for the lettered and unlettered alike. His lessons that night were not confined to history, however, but included geography, political science, religion, sociology, rhetoric, and psychology. It was a quintessential performance, Malcolm at his best, his speech steeped in humor and connected to the local conditions of his audience

That Malcolm was able to connect his global agenda to events in Rochester demonstrates a profound willingness to be in the trenches with the people. Malcolm engaged with Black people—and not just those who shared his religion or politics—he heard their hearts, their desires, their anguish, and their angst. In order to lead, Malcolm listened. And once he heard, he sought ways to connect the past with the present, his book learning with lived experiences, his global with their local, all the while sharing heartache and hope. In that way, Malcolm did not bear the cross alone in his struggle to make African Americans and the world free. It was a burden he shared with many, globally and locally. Indeed, there is a Malcolm for everyone. I met mine in Rochester.

Laura Warren Hill is an Associate Professor of History at Bloomfield College, where she teaches courses in History and Africana Studies. She is the author of Strike the Hammer While the Iron is Hot: The Black Freedom Struggle in Rochester, NY, 1940-1970 (Ithaca, NY: Cornell University Press, forthcoming). Follow her on Twitter @mohojolo.