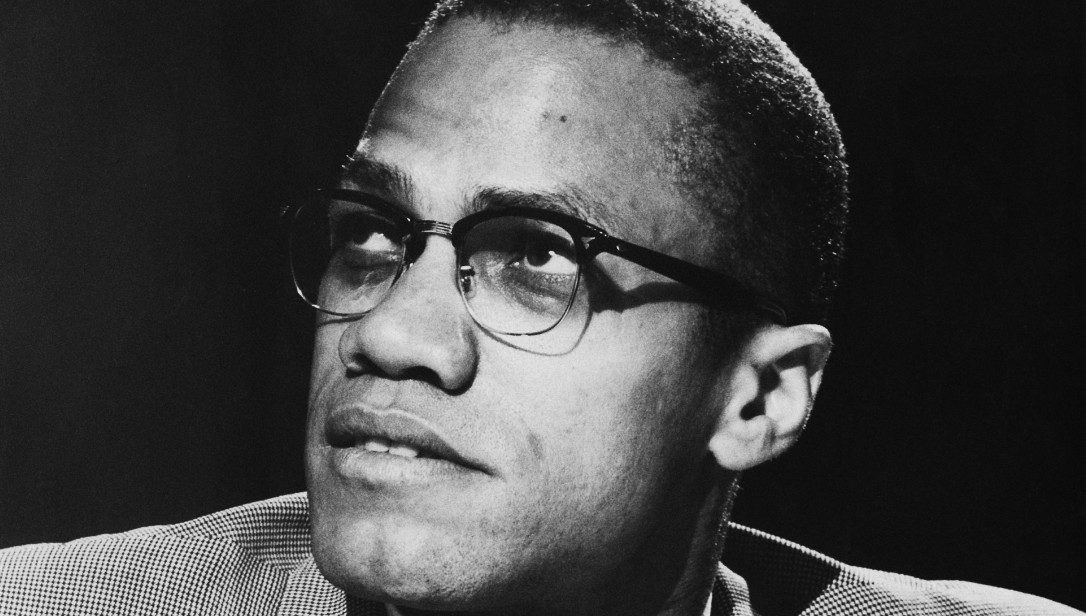 In burning through the old forests of assimilationist ideas, Malcolm X paved the way for antiracist ideas. He paved the way for Black is beautiful then, and Black lives matter today, for being conscious then, for being woke today. He paved the antiracist way, extending the trail blazed by Zora Neale Hurston, Marcus Garvey, and other scorchers of assimilationist ideas.

It was these assimilationist ideas in Black folk that Malcolm seemed to most despise, that he seemed to spend most of his time challenging, even in himself. In one of the more moving passages in his autobiography, he shares when his friend Shorty gave him his first conk (short for the hair straitening recipe known as congolene) in 1941 or 1942.

“We both were grinning and sweating,” Malcolm remembered. “And on top of my head was this thick, smooth sheen of shining red hair—real red—as straight as any white man’s.” Malcolm stood there, looking in the mirror, “lost in admiration of my hair now looking ‘white.’” He “vowed that I’d never again be without a conk, and I never was for many years.”

To be clear, assimilationist ideas were at play when and if Black men conked their hair to look like White men, even as those same conks signified “a culture of opposition among black, mostly male, youth” in the 1940s, as historian Robin D. G. Kelley essayed in “Riddle of the Zoot Suit.”

Sidestepping the resistance of the conk, Malcolm was utterly harsh on his first conk, as he was utterly harsh on his own assimilationist ideas. He described it as my “first really big step toward self-degradation: when I endured all of that pain, literally burning my flesh to have it look like a white man’s hair. I had joined that multitude of Negro men and women in America who are brainwashed into believing that the black people are ‘inferior’—and white people ‘superior’—that they will even violate and mutilate their God-created bodies to try to look ‘pretty’ by white standards.”

If Martin Luther King Jr. is remembered for his powerful stand against segregationists, then Malcolm X should be remembered for his powerful stand against assimilationists. It was an anti-assimilationist stand King joined before his death, just as Malcolm stood up against segregationists with some blistering telegrams before his death.

It is easier for us to clearly see—and project in our histories—King’s leading role in the nation’s desegregation over the last five decades. But do we see or project Malcolm’s leading role in the ways in which the nation de-assimilated over the last five decades? The embrace of multi-culturalism, of African American culture, of Africa, of African bodily features, has been unprecedented since the 1960s (even as assimilationist ideas still lurk under much of the branding of Blackness and multiculturalism).

We have not forgotten the segregationist “White only” signs at polls, businesses, public establishments, neighborhoods, and public conveniences in 1963 before Congress passed civil rights legislation. But somehow we have forgotten about the assimilationist “White only” standards in politics, culture, economics, family values, philosophies, and aesthetics, where White people were supposed to lead and Black people were to follow in 1963.

It is easy to forget that in 1963 quite possibly the most popular and lauded book on race relations was Beyond the Melting Pot by sociologists Nathan Glazer and Daniel Patrick Moynihan. Pulitzer Prize-winning Harvard historian Oscar Handlin hailed the book’s assessment of Negroes as “excellent” in his New York Times book review. The assessment? “The Negro is only an American, and nothing else. He has no values and culture to guard and protect,” and he insists “that the white world deal with his problems because, he is so much the product of America.”

It is easy to forget that in 1963 leading American liberals (let alone conservatives) were posing African Americans as politically dependent and their culture as pathological or nonexistent. It is easy to forget that the Black Power Movement rose a few years later on the ideological back of people like Malcolm X and rushed at these assimilationists. Black nationalism fundamentally opposed assimilationism. These Black power organizations brought Blackness together and sought to advance it in all its palpitations through fielding and electing Black politicians, organizing Black revolutionary organizations, building and defending Black establishments that acknowledged and valued African Americans and their culture, all the while conceiving of the need for Black feminism, and Black Studies, and the Black aesthetic, and the Black perspective, and Pan-Africanism.

It is easy to forget that these Black power activists were blitzed by hostile Black and White assimilationists who were trying to make White men and women with “Black skins,” or what Malcolm X called “handkerchief heads.”

A half a century after Malcolm uttered his last word, his antiracist attacks on assimilationist ideas are still beating on our locked minds or sounding off in our opened minds. Malcolm’s antiracist philosophy still echoes in our racial discourse whether we can hear it or not.

Comments on “The Antiracist Philosophy of Malcolm X”