loading...
By Alaina Morgan February 23, 2017 Comments Off on Writing and Re-writing the Legacy of Malcolm X 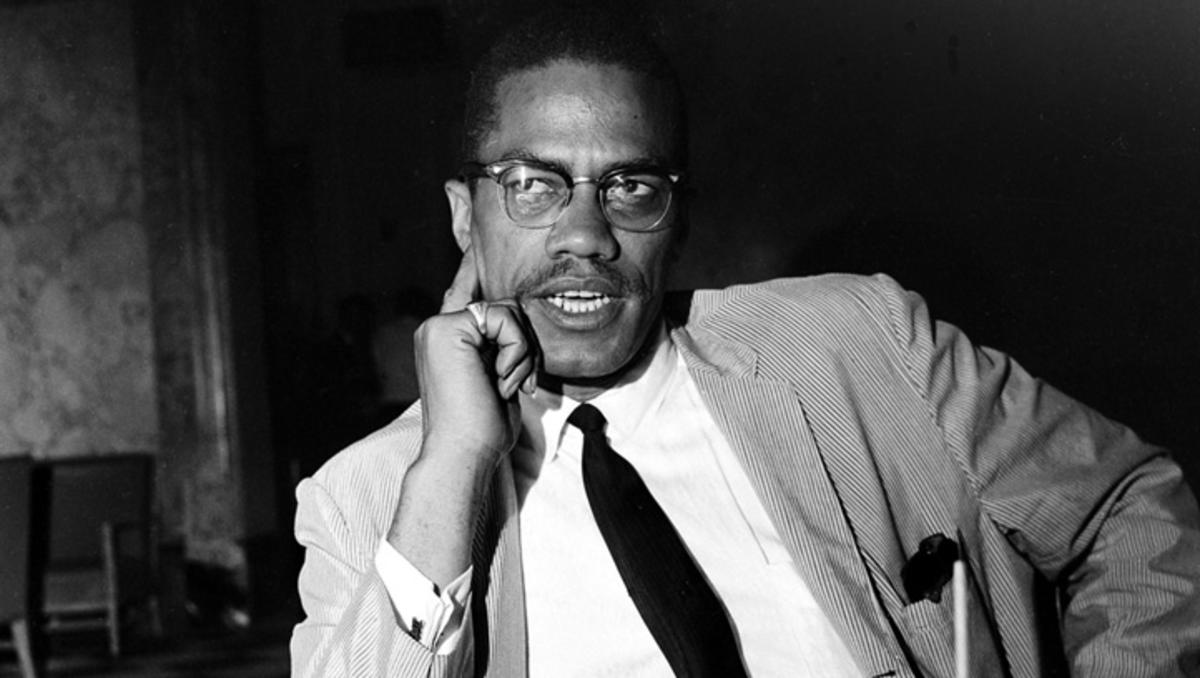 As a historian of Islam and the African Diaspora, I am always in the center of conversations about Malcolm X. Some of these musings have been recounted to me by people who remember Malcolm’s short, but influential, life. Still others happen in union halls or at city council meetings, where residents of cities throughout the Atlantic world pivot seamlessly from reminiscing about Malcolm to talking about the destructive effects of racial capitalism on their present lives. And many of these conversations have come through the archive – from static-laden recordings on cassette tape; from cryptic meeting minutes handwritten on crumbling tissue-thin paper; or from ancient black-and-white newsreels.

In 1963, famed American photographer Richard Avedon shot a set of rare portraits of Malcolm in which he appears unsmiling, facial features blurred, the rims of his iconic glasses just visible, and his eyes receding into the dark spaces around their sockets. He appears as a wisp – we know it is him, but only a faint impression of him is actually visible. Scholar Graeme Abernethy notes that the photograph is one of the few instances that we have which so starkly represents the malleability of Malcolm’s image. He writes that the photograph is “cryptic in its purposeful haze, skull-like in its coloration and concealment of Malcolm’s eyes in shadow, yet intimate in its perspective . . . [and therefore, it] seems to allude to the transubstantiation enabled by his death.” This malleability is possible because Malcolm’s life, with all of its possibility, was snuffed out as it began to shine the brightest. 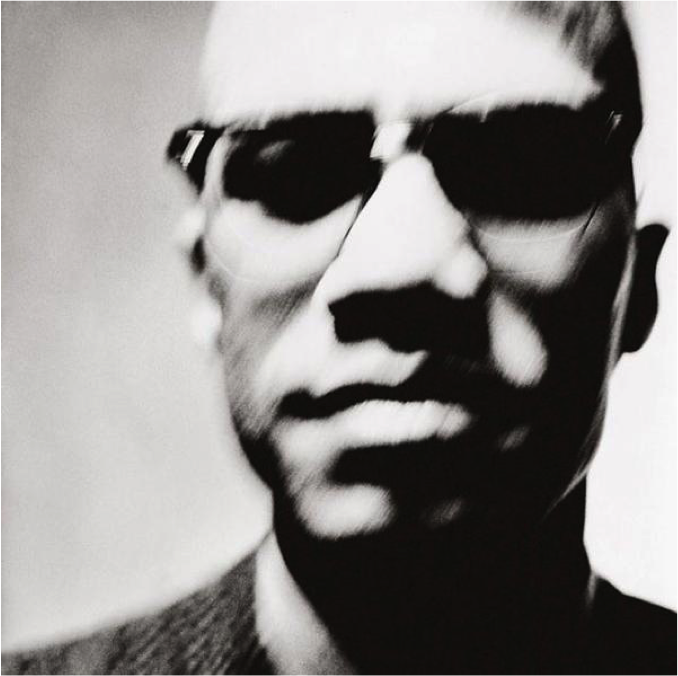 At the time of his death, Malcolm had recently been on hajj, met with leaders throughout Africa and the Middle East, and begun his own Sunni Muslim organization, the Muslim Mosque, Inc. He debated at Oxford University and the London School of Economics, and was in the process of building an international organization, called the Organization of Afro-American Unity, which would bring the case of African Americans before the United Nations. We can’t know for sure the extent to which Malcolm would have been able to prompt us to liberation from oppression with his revolutionary politics and his religious fervor, but the evidence certainly suggests that he made enough people nervous – on both the side of leadership of the Nation of Islam and on the side of the white government establishment – to warrant his assassination.

We do not remember Malcolm’s image crisply. Instead, like Avedon’s portrait, we squint in order to imagine ourselves and our own world within the blurred edges of his likeness. We create and re-create his image according to our contemporary realities in ways that are useful to us. And because there is an unknown, we are able to collectively engage in a continuous process of writing and re-writing his life. It is a story in which his image inspires us, but also satisfies us – spiritually, intellectually, and practically. It is a story where we get to write a series of alternate endings.

Part of our need to see ourselves in Malcolm’s blurred image comes so readily because many of the problems that he addressed are still relevant today. For Malcolm, both during his time with the Nation of Islam and after, these problems were signaled by repeated references to police brutality, widespread poverty, colonial oppression, and mass incarceration. These same challenges for the Black community continue to exist and conversations about how to confront these problems have cropped up repeatedly throughout our history, inspiring activism from the Black Panther Party to Black Lives Matter. Because of the unfulfilled possibilities that his life held, Malcolm’s hazy image can be formed into multiple action plans. In a way this respects that Malcolm was a complicated figure that continually changed and reinvented himself throughout his life as we all do.

In an attempt to present Malcolm as a human being and not as a “virtual saint,” Manning Marable emphasized in his 2011 biography that Malcolm was a man who was constantly evolving.  But Marable is not the first to give us permission to view Malcolm as a complex and constantly evolving figure. It was Malcolm himself through his Autobiography that allowed us to see him as a flawed human being who grew from Detroit Red to Satan to Malcolm X and then finally to el-hajj Malik el-Shabazz. It was Malcolm who presented us with the idea that he was redeemed through Islam, first through the Nation and then through Sunni Islam. It was his speeches themselves, from when he implored Black people at the 1960 Harlem Freedom Rally to band together in the “Spirit of Bandung” irrespective of religious affiliation to his famed “Message to the Grassroots” speech in November 1963 right before he separated from the Nation of Islam. In one of his final interviews on February 16, 1965, he talked about worldwide Black revolution in ways that allow us to see him as figure whose ideas were constantly in evolution.

In a recent op-ed for the New York Times, fittingly entitled “No Racial Barrier Left to Break (Except All of Them),” historian Khalil Gibran Muhammad celebrated the life of Dr. Martin Luther King, Jr. by warning us against focusing on the exceptionality of Black leadership.   And that is because “no individual no matter how singular, can bend the moral arc of the universe.” Rather, no individual can transform hundreds of years of structural racism alone. By pushing back on the idea of Malcolm as an inaccessible perfect martyr and iconic saint, as Marable does, it frees us to use his example as instructive but not constricting. And therefore, these different Malcolms – the black nationalist and the socialist, the revolutionary and the social democrat – can be used to mobilize and organize different movements for racial and economic justice. As activists, the unfinished project of Malcolm’s life inspires us to action by instructing us to organize from a broad base, to speak and act selflessly, to seek allies across coalitions, to constantly reinvent oneself, and to work tirelessly for justice. In this way, this project can be constructive.

As historians, however, our duty is different. Part of this duty is tethered to ameliorating some of the destructive aspects of the fiction-building project surrounding Malcolm’s life. Much of the controversy regarding Marable’s biography of Malcolm revolves around the assertion that Marable’s class standing as an elite academic motivated him to invent a less revolutionary, more universally palatable Malcolm X. Essentially, scholars argue that Marable remade Malcolm in his own liberal image for an America that he supposed might be “post-racial” after the election of Barack Obama.

This debate is important for several reasons. First, the transformability of Malcolm’s memory has allowed his image to be ubiquitously present and readily commodified. There is a point at which we fetishize Malcolm. Viewed through the lens of Marxism, he becomes nothing more to us than an object that is valued based on its utility and to the extent to which it can be consumed by the public. This commodification is most obvious in the example of the US Postal Service’s commemoration of Malcolm X in January 1999 by issuing a hundred million stamps bearing his image. However, he remained to his death, deeply suspicious and openly hostile towards the United States and the OAAU’s statement of basic aims and objectives indicated that it was their goal to bring the United States before the United Nations to pay for their crimes against the Black community.

As Joe Wood suggested in 1992, our authorship of Malcolm “courts an illusion.”  In other words, by attempting to identify ourselves with him, we project ourselves onto him as if he were a blank screen. That is how Malcolm’s image can be used simultaneously as an image in an American mainstream nation-building project in the form of a US Postal Stamp, and still serve as a symbol of Black and Third World resistance. While in Avedon’s 1963 portrait, the contours of Malcolm’s face are still visible, by co-opting his image and message for anything we erase him from history. It is our duty as historians not only to ensure that the histories of everyday workers and marginalized people are highlighted in our stories, but also that the histories of our minority leaders are not rendered into empty objects so fungible in meaning that they can be transformed for any purpose.

Alaina Morgan is a historian of race, religion, and politics in the African Diaspora. She is a Postdoctoral Fellow in Islam in North America in the Department of Religious Studies and the Sohail and Sara Abbasi Program in Islamic Studies at Stanford University. She is currently editing her book manuscript, Atlantic Crescent: Black Muslim Internationalism, Anti-Colonialism, and Transnational Community Formation, which explores the ways that Islam and ideas of Blackness were used by Muslims in the United States, the United Kingdom, and the Anglophone Caribbean to form the basis of transnational anti-colonial and anti-imperial political networks.