loading...
By Louis Moore September 12, 2018 Comments Off on The NFL and a History of Black Protest

In 1944, Black activist and sportswriter Halley Harding, argued that “most persons, corporations or business almost always forget the people or incidents that made them big.” “This story,” he continued, “is about a great American sport [football] that took all the aid the colored American could give and then as soon as it became ‘big league,’ promptly put a bar up against the very backbone of its existence.”1 What was true about the National Football League (NFL) in 1944 is also true today.

The NFL does not embrace its Black past. The league celebrates the Black pioneers of the game, such as Fritz Pollard, Paul Robeson, Bobby Marshall and Duke Slater–athletes who played in the league in the early 1920s. This is the easy part. Invoking Black pioneers allows the league to tap into America’s collective conscious that celebrates football as a sport that embraces democratic ideals of merit and equality without having to acknowledge the struggle Black folks fought to make the league live up to those very principles. It is akin to reducing Martin Luther King Jr. to one speech at the March on Washington. We cannot sanitize King and we cannot sanitize the Black protest tradition that made the NFL. For far too long, Americans have used football to sell the ideas of democracy and fair play, but for Black America, this is an illusion. Ask Colin Kaepernick.

The modern NFL was forged in the Black freedom struggle. The NFL relied on Black athletes to push the league to financial stability in its early years. Following the 1933 season, however, under the leadership of George Marshall– the racist owner of the Washington football team–teams refused to sign Black players. Star Joe Lillard was the last Black man to play professional ball for thirteen years. For Black football fans, living in a nation that promoted democracy yet denied Black men and opportunity to play professional ball reeked of hypocrisy. In 1941, as America became the arsenal of democracy, Cleveland Call writer Al Sweeney complained that football’s racism, “leaves us in a quandary… with the radios blaring out each day about a united American people, America, the land of opportunity, God’s chosen country, the last outposts of Democracy…” In his last-ditch hope to get the league to break the walls of segregation, Sweeney suggested Black folks follow A. Philip Randolph’s lead by starting a ‘March on Washington’ and having the president issue a proclamation on the situation.”2 There was, however, no such protest. While America battled in a war to make the world safe for democracy, football’s racist “gentlemen’s agreement” stood strong. 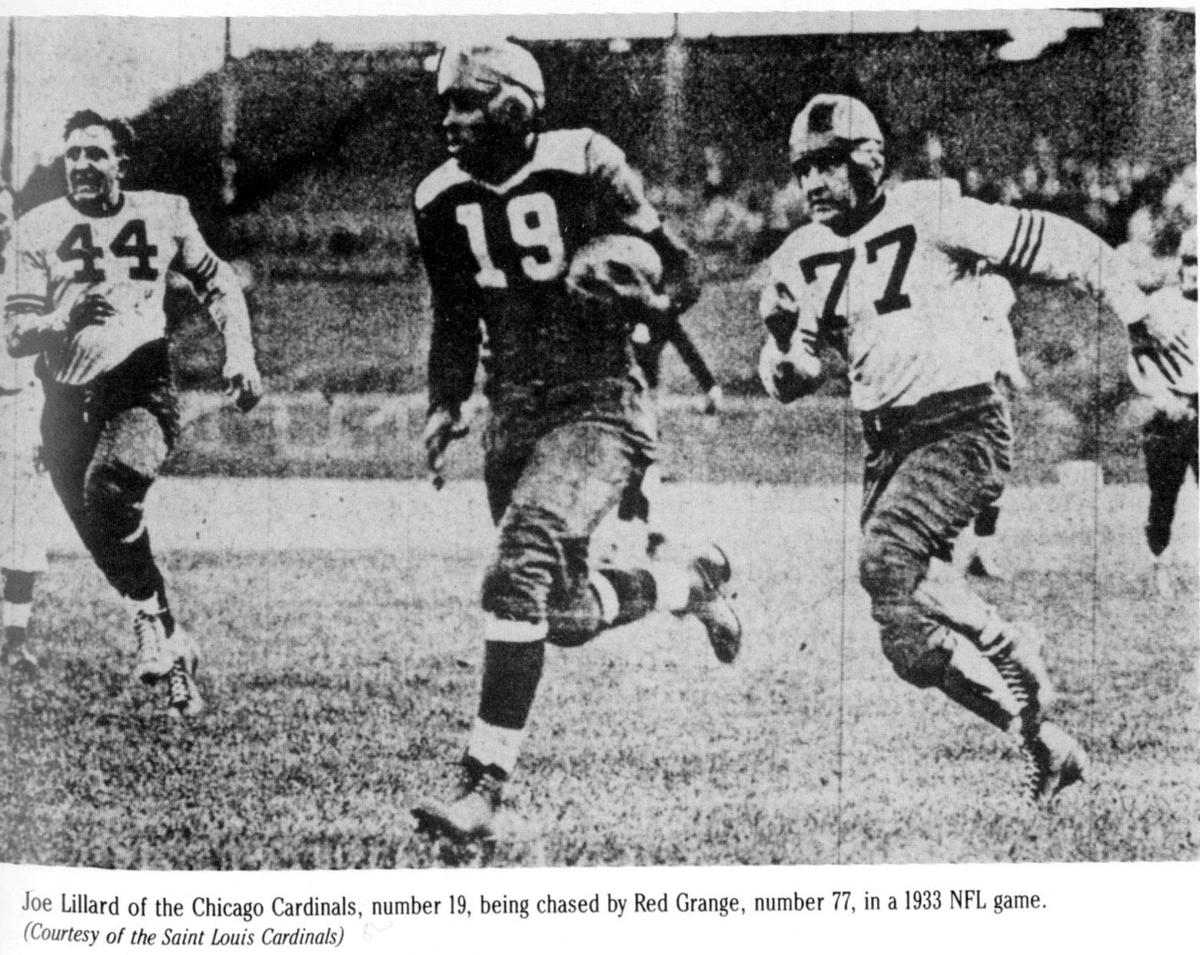 As part of his Double Victory campaign, Halley Harding broke the NFL’s color barrier when the Cleveland Rams moved to Los Angeles. With no established stadium, the Rams wanted to play their games in the publicly funded, and publicly controlled Los Angeles Coliseum. In January 1946, during a meeting with the Coliseum Commission, city council members, community activists, and Charles F. Walsh–the general manager of the newly minted Los Angeles Rams–Harding forced the integration issue. He told the commission of the racist history of the NFL, forced Walsh to admit to the unwritten racist “gentlemen’s agreement” of barring Black players, and told the commission that if they allowed the Rams to play with a lily-white team, the commission, the city, and the Coliseum would all be complicit in reinforcing the color line.3

In a post-World War II America in which many had sacrificed their lives fighting for freedom, city officials in Los Angeles knew they could not sanction segregation in sports. Confronted by Harding with the facts, and facing a financial crisis if he could not obtain permission to use the Coliseum, Walsh promised he would give Black athletes a fair shot to make the team. Within two months, the Rams signed aging local superstars Kenny Washington and Woody Strode to their roster, officially reintegrating professional football. That same year, when the city rival, the Los Angeles Dons of the All-American Football League, refused to sign a Black player—the Dons did not play at the Coliseum so activists could not force integration—Black fans boycotted their games.4 Harding had started a movement of Black writers, fans, and players publicly protesting the racist practices in professional football. They wanted the league to truly reflect promises of America.

Black protest, therefore, has always been central to the history of professional football in the United States. It is the story of Black fans in Birmingham who boycotted exhibition games in segregated stadiums, and Black fans across the country who picketed and boycotted Washington’s football games until George Marshall integrated his team. Washington’s Black fans ordered the team to stop playing “Dixie” at games. Activists in the South forced the integration of stadiums such as Roanoke’s Victory Stadium and the Sugar Bowl in New Orleans. Activists made New Orleans’s mayor and Louisiana’s governor promise to end Jim Crow in order to get a professional franchise. The NAACP asked Black players to boycott games to force integration, and CORE asked the Baltimore Colts to move their training camp out of a Jim Crow town.

The history of professional football is the story of how Black player Art Powell quit the Philadelphia Eagles because they wanted him to stay in a Jim Crow hotel. Black players in Mobile and New Orleans participated in boycotts and refused to play in racist conditions. Black sportswriters used their platform to push for the signing of  Black athletes. In 1968, for example, Black fans in Oakland picketed the Raiders because the team refused to play their Black quarterback.

Nearly fifty years later, Colin Kaepernick, a Black quarterback, is standing up for justice, protesting against police brutality during the national anthem– a movement that sparked two years of protests and the organization of Black football players. As the league continues to fumble the Kaepernick situation, it has become abundantly clear that the NFL’s willingness to ignore their protest heritage has handicapped their ability to respond to this movement. Instead of supporting Kaepernick’s social justice fight as part of a long storied battle of the league, the NFL has instead chosen to make an example out of him. They treat him as an enemy when they should be embracing him as part of their own legacy. Ultimately, they fail to acknowledge one crucial fact: there is no NFL without Black protest.

Louis Moore is an Associate Professor of History at Grand Valley State University. He teaces African American History, Civil Rights, Sports History, and US History. His research and writing examines the interconnections between race and sports. He is the author of 'I Fight for a Living: Boxing and the Battle for Black Manhood, 1880-1915' and 'We Will Win the Day: The Civil Rights Movement, the Black Athlete, and the Quest for Equality.' Follow him on Twitter @loumoore12.