This post is part of our blog series that announces the publication of selected new books in African American History and African Diaspora Studies. The Man-Not: Race, Class, Genre, and the Dilemmas of Black Manhood was recently published by Temple University Press. 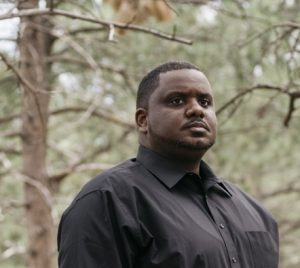 The author of The Man-Not is Tommy J. Curry, Professor of Philosophy and Africana Studies at Texas A&M University. He has he held the prestigious Ray A. Rothrock Fellowship ’13-’16 and is now the USC Shoah Foundation ’16- ’17 & A.I. and Manet Schepps Foundation Teaching Fellow. Dr. Curry is the current President of Philosophy Born of Struggle, one of the oldest Black philosophy organizations in the country. He is the author of over sixty articles and book chapters on racism, Critical Race Theory, Hip-Hop, and Black male vulnerability. His public commentaries on topics ranging from Hip-Hop to the death and rape of Black men and boys and regenerative stem cell treatments, have appeared on venues such as Forbes.com, NPR, Salon.com, Al Jazeera, The Guardian, and Sirius XM, and have recently been recognized by the Society for the Advancement of Philosophy’s Alain Locke Award for public philosophy. Dr. Curry has authored The Man-Not: Race, Class, Genre, and the Dilemmas of Black Manhood on Temple University Press (2017), which analyzes the sexual and erotic drives behind Black male death and rape, and Another white Man’s Burden: Josiah Royce’s Quest for a white Racial Empire on SUNY Press (2018), and edited The Philosophical Treatise of William H. Ferris Selected Readings from The African Abroad or, His Evolution in Western Civilization with Rowman and Littlefield (2016). He is currently co-editing (with Daw-nay Evans) the forthcoming anthology, Contemporary African American Philosophy: Where Do We Go from Here on Bloomsbury Publishing (2019). Follow him on Twitter @DrTJC. 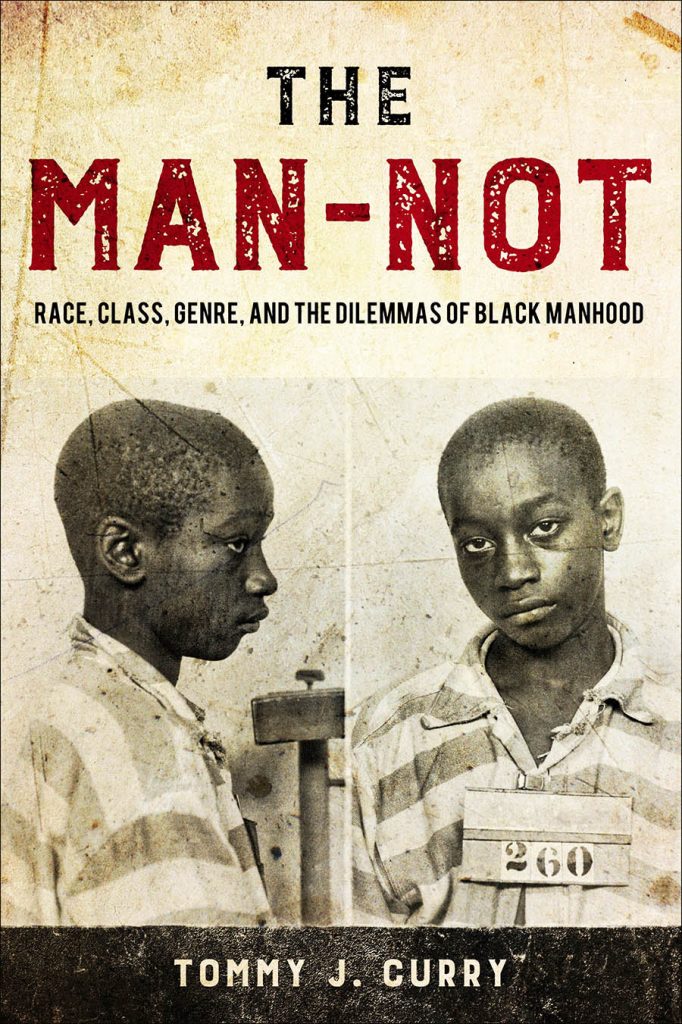 Tommy J. Curry’s provocative book The Man-Not is a justifcation for Black Male Studies. He posits that we should conceptualize the Black male as a victim, oppressed by his sex. The Man-Not, therefore, is a corrective of sorts, offering a concept of Black males that could challenge the existing accounts of Black men and boys desiring the power of white men who oppress them that has been proliferated throughout academic research across disciplines.

Curry argues that Black men struggle with death and suicide, as well as abuse and rape, and their genred existence deserves study and theorization. This book offers intellectual, historical, sociological, and psychological evidence that the analysis of patriarchy offered by mainstream feminism (including Black feminism) does not yet fully understand the role that homoeroticism, sexual violence, and vulnerability play in the deaths and lives of Black males. Curry challenges how we think of and perceive the conditions that actually affect all Black males.

In a bold—indeed, fearless—intervention in the ongoing race/gender/sexual orientation debates, Tommy Curry challenges the cozy consensus among self-conceived progressives in the humanities. The oppression of black men has been conceptually erased, he argues, by theoretical frameworks indifferent to the social science data that refute them. Sure to ignite a firestorm of controversy, The Man-Not is an impassioned protest against orthodoxies, both mainstream and radical, white and black. It is required reading for anyone interested in understanding oppression or having unquestioned assumptions put to the test.” —Charles W. Mills, Distinguished Professor at the City University of New York Graduate Center

Tommy J. Curry: I hope The Man-Not: Race, Class, Genre, and the Dilemmas of Black Manhood changes the way we study Black men and boys. Many popular discussions on blogs and various feminist literatures describing Black masculinity as a form of maleness synonymous to violence and toxicity often begin from more general theories of masculinity that have been disowned decades ago. Throughout various discussions, Black men are thought of analytically, as the conclusion of a syllogism. Black males commit a disproportionate rate of violence in their communities, masculinity is responsible for violence, and therefore more violence by Black males is indicative of more (hyper) masculinity. My book starts with empirical studies of Black men and boys by social dominance theorists, psychologists, and sociologists as the basis of forming theories concerning them. While many proponents of intersectionality suggest the theory is a new way of understanding identity and vulnerability, I argue that much of intersectionality theory still relies on outdated white social science theories like Ellen Pence’s Duluth model in its analyses of domestic violence or Catherine McKinnon’s dominance theory when speaking about gender more generally. The Man-Not on the other hand uses an ecological model of violence that attempts to understand the various factors that increase bidirectional intimate partner violence amongst Black men and women as well as the disproportionate abuse and rape of young Black men in these same communities.

Unfortunately, I believe the study of Black males is this country continues to be formulated on stereotypes which form the basis of theory. The inability of Black scholars to use empiricism and history to challenge many feminist theories has halted much of the understandings of Black men when compared to the wealth of empirical research conducted on white masculinities that break with many of the same theories. When we examine the scholarship concerning men in the global South, Jewish men, or even  various white or European ethnic masculinities (and I am thinking of Sofia Abiom’s Plural Masculinities published last year), the empirical work—the ethnographies—are challenging the universality of hegemonic or toxic masculinity as explanative frames. When we study Black males however, and this is despite decades of evidence showing Black men to not be sexist or misogynists in their political orientation and personal lives, we begin with apriori conceptualizations of Black men and boys as anti-women, hyper-masculine, and violent.

Comments on “The Man-Not: A New Book on the Dilemmas of Black Manhood”