loading...
By Ashleigh Gordon May 15, 2017 Comments Off on The Life and Music of Florence Price: An Interview with Rae Linda Brown 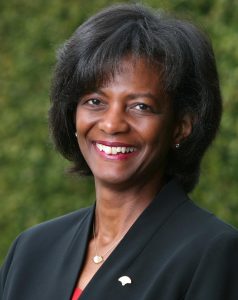 Dr. Rae Linda Brown is Pacific Lutheran University Provost and Senior Vice President for Academic Affairs. She earned a B.S. in Music Education from the University of Connecticut in 1976; an M.A. in African American Studies and Music from Yale University in 1980; and a Ph.D. in Musicology from Yale in 1987. She was also an American Council on Education (ACE) Fellow at Pomona College from 2004-05. Earlier in her career, Brown served as the Robert and Marjorie Rawlins Chair of the Department of Music at the University of California, Irvine, where she oversaw the development of the university’s new jazz program and final completion of a new Music and Media building in 1999. Also at UC Irvine, she served as faculty assistant to the executive vice chancellor and provost, where she functioned as dean of the eight interdisciplinary programs reporting to the provost’s office, including Asian American Studies, African American Studies, Women’s Studies, Latin American Studies, Chicano/Latino Studies, History of Philosophy, Transportation Science, and Global Peace and Conflict Studies. She is a noted scholar of Florence Beatrice Price, the first African-American woman to be recognized as a symphonic composer, and the first to have a composition played by a major orchestra.

Ashleigh Gordon: How did you first learn about Florence Price and what specifically about her life and work appealed to you the most?

Rae Linda Brown: I discovered a music manuscript of Florence’s long before I knew anything about her. I was a graduate student at Yale University in the African American studies department researching the James Weldon Johnson Memorial Collection of Negro Arts and Letters, located in the Beinecke Library. The collection is a big umbrella of works by many African American and some white composers and authors—it also includes art works. The music in the collection, which is substantial, had not been catalogued. I asked the librarians if I could catalogue the music and they were happy to have that completed.

I was going through this massive amount of music and I stumbled upon Florence Price’s Symphony in C minor, her Symphony No. 3. I was struck by the orchestra score. I assumed the composer was African American given where the score was located, but I knew nothing about her and that really started some investigation. I then learned about a short article written by Barbara Garvey Jackson about Florence Price and her family. Between the score I discovered and what I read in Barbara’s article, I became very interested because what I found was that there were many more questions about Florence than there were answers. This became a decades-long inquiry into her life and music and opportunities to talk with her colleagues.

Gordon: I want to explore a bit more about her being an African American woman born in Little Rock, Arkansas at the turn of the century. What was that like for her racially? She studied in Boston and then went back to the South to teach, but also lived and worked in Chicago. How did that affect her career?

Brown: I have no doubt that it was all terrifically difficult, but she really didn’t speak to it at all. Florence was still in Little Rock attending high school when those changes began to take place. She graduated at age 15 and waited a year before starting college at New England Conservatory in Boston. She initially traveled to Massachusetts with her mother and the way discrimination may have played out at first was that she did not live on campus, but in an apartment. Although not an issue specifically at New England Conservatory, it could have been that Florence’s mother felt protective and did not want her young daughter subjected to the possibility of racially-motivated acts in a residence hall. Florence was one of three African Americans enrolled in the Conservatory at the time and there is no evidence of racism toward Florence during classes. She did a lot of performing when at the Conservatory and it’s clear that those concerts were meant for select students and she was chosen to represent her class. There doesn’t seem to be any evidence of discrimination as far as the purely academic part of her degrees; however, I was able to track her on the records at New England Conservatory and for the first two years, her home address is listed as her former Little Rock address. For the third year, a Puebla, Mexico address is listed, so her family was protecting her in some way.

Gordon: So, the allegations I have seen about her being of Mexican descent as opposed to her being African American are not correct?

Brown: I would say that is not true. Price started composing early on while she was at New England Conservatory. She really embraced African American folk songs and rhythms. I would say she is not rejecting her heritage, but she may have needed to pass for safety reasons.

Gordon: After the Conservatory, while living in Chicago or Little Rock, did she face racism?

Brown: Oh, certainly. Price’s daughters were threatened by mobs of white people. Price and her daughters quite literally fled to Chicago and her husband followed less than a year later.

In Chicago, there is no evidence that she was discriminated against as a black person or a female. In fact, she had certain advantages being that she was very well educated and light-skinned. She knew a lot of people and was in a circle of African Americans that really embraced her and took care of her and her daughters. She was very much accepted by white women’s circles. Here was a black woman who was very well educated and terrifically talented. There is a lot of evidence of her giving talks about the topics of the day and music to many of those women.

Gordon: Can you talk about her legacy and what that has meant to other female composers from her generation and beyond and other black classical composers?

Brown: I would say she was hugely influential in her own day right from the very beginning. When her Symphony in E Minor was performed by the Chicago Symphony it was covered by all local papers and by the black press, and every one of them singled out that she was a woman. The reviews were glorious, especially from the black press. Frederick Stock, the eminent conductor and long-standing Music Director of the Chicago Symphony, chose Florence’s piece, allowed her to come into rehearsals, and served as a mentor to her. The press uplifted her as a female composer at that time.

Also, unlike now, there were many classical women’s musical organizations. Chicago also had a women’s club of organists and Florence was often the only black woman among them, but she was such a stunning composer and performer. She never had very much money at all and was going day-to-day, month-to-month kind of making it financially, and yet she wrote these magnificent pieces and got them all performed by many of most esteemed musicians of the day. One of them was the great Marian Anderson. Part of the reason Florence’s songs are as good as they are is because many of them were written for Marian Anderson or at some point she sang through them. The collaboration was about as good as it gets. These two black women were supporting each other as artists and upholding each other in a very visible way.

Gordon: You talked about Florence being a single mother who was constantly self-promoting her work. In 1932, she was awarded the Wanamaker Prize. How did this award shape her path and open doors going forward?

Brown: That was really the beginning of a very public career and it was then that she wrote the Symphony No. 1. She submitted it to the Wanamaker Competition along with a piano sonata. Her student and very good friend, Margaret Bonds, submitted the same score to the same competition. When she won first and second prize, she received an award of $750 combined. The prize was about the money and that was a lot of money back then. The other part of it was that the award brought her to Frederick Stock, because he said he wanted to play that piece. Stock opened that door for her and she was very appreciative of it. I believe it was because of that concert being so thoroughly covered by the local press and on the radio that she was then brought to pretty wide attention as a composer.

Gordon: My final question is about the rediscovery of Florence’s music—works that were previously thought to be missing and the importance of finding them.

Brown: Maybe two summers ago, I received a call from the University of Arkansas Special Collections. They said they had some music and had received a tip from a family in Chicago. They went out to the suburbs where this family was and in an old house that was falling apart, they found several boxes of Price’s music.

The staff of University of Arkansas Special Collections is making their way through the newly discovered pieces. A lot of the music is easily accessible and they are cataloging it and there’s a lot of really good stuff. The great news is that now, we have a very full and rich story about Florence Price to tell. There is nothing in those boxes that changes her biography—she has written some notes about her life—but these confirm what I learned from going through various archives. I put stuff together the hard way and now we have discovered the same information from the notes in the boxes, because they talk about different parts of her life. It would have been easier had those notes been available before, but as I said, they confirm my research. The music is really the story here and over time, as that music is catalogued, more and more of it will be available so people can perform it and enjoy it.

Ashleigh Gordon is a world-renowned, award-winning violist and New England Conservatory alumna (Castle of Our Skins, Callithumpian Consort, BMOP). She has performed throughout North America, Europe, and Hong Kong, ranging from solo, chamber and orchestral music settings to off-Broadway and new music productions. Learn more about Ashleigh from her website: www.violashe.com