Black Perspectives is hosting an online roundtable on Gerald Horne’s wide-ranging scholarly contributions to African American history and the black radical tradition. The roundtable, “Gerald Horne’s Black Radical History,” will assemble a diverse group of scholars to reflect on pressing themes in black history’s global reach. It begins on Monday, June 5, 2017 and concludes on Saturday, June 10, 2017. During this week-long forum, each scholar will address various aspects of Horne’s scholarship, including his books on slavery, Caribbean history, and transpacific black history, along with his biographies, and works on W. E. B. Du Bois.

Gerald Horne is one of the leading and most influential historians in the nation. He currently holds the John J. and Rebecca Moores Chair of History and African American Studies at the University of Houston. He is the author of more than thirty books including Negro Comrades of the Crown: African-Americans and the British Empire Fight the U.S. Before Emancipation (NYU Press, 2012); The Counter-Revolution of 1776: Slave Resistance and the Origins of the United States of America (NYU Press, 2014); and Paul Robeson: The Artist as Revolutionary (Pluto Press, 2016). His research has addressed issues of racism in a variety of relations involving labor, politics, civil rights, international relations and war. He has also written extensively about the film industry. Dr. Horne received his Ph.D. in history from Columbia University and his J.D. from the University of California, Berkeley and his B.A. from Princeton University. Dr. Horne’s undergraduate courses include the Civil Rights Movement and U.S. History through Film. He also teaches graduate courses in Diplomatic History, Labor History and 20th Century African American History. Dr. Horne uses a variety of teaching techniques that enrich his classes and motivate students to participate. 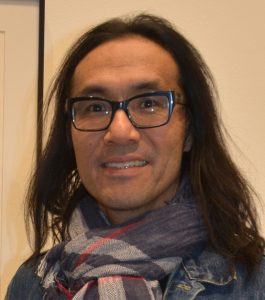 Yuichiro Onishi teaches in the Department of African American & African Studies and the Program in Asian American Studies at the University of Minnesota, Twin Cities. He is an African Americanist trained as a historian of modern America. He is the author of Transpacific Antiracism: Twentieth-Century Afro-Asian Solidarity in Black America, Japan, and Okinawa (NYU, 2013). His writings have appeared in several anthologies and periodicals. He continues to explore transpacific dimensions of the African American freedom struggle in the twentieth century, all the while engaging in a myriad of grassroots history projects that are tightly bound up with communities of struggles in Minnesota and Japan. He began his academic career in the Center for Ethnic Studies at the Borough of Manhattan Community College of The City University of New York (CUNY). He has also taught African American studies courses at Waseda University in Tokyo, Japan. 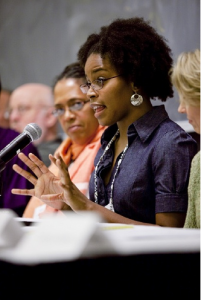 Jessica Marie Johnson is an Assistant Professor of History and Africana Studies at Johns Hopkins University. Johnson holds a Ph.D. and M.A. in History from the University of Maryland, College Park and a B.A. in African & African American Studies from Washington University in St. Louis where she was also a Mellon-Mays Undergraduate Fellow. Her research interests include women, gender, and sexuality in the African diaspora; histories of slavery and the slave trade; and digital history and new media and has appeared in Slavery & Abolition and Meridians: Feminism, Race and Transnationalism. As a digital humanist, Johnson is interested in ways digital and social media disseminate and create historical narratives, in particular, comparative histories of slavery and people of African descent. In 2008, she founded African Diaspora, Ph.D., a blog highlighting scholars and scholarship in the field of Atlantic African diaspora history. She is the recipient of several research fellowships and awards including the 2015-2016 Mellon Postdoctoral Scholar in the Program in African American History at the Library Company of Philadelphia. Johnson has two works in progress: a history of free women of African descent laboring, living, and traveling between eighteenth-century Senegal, Saint-Domingue, and Gulf Coast Louisiana; and (with Mark Anthony Neal) a compilation of work reading nineteenth-century black codes against present-day race coding and digital vernaculars of people of African descent. Follow her on Twitter @jmjafrx. 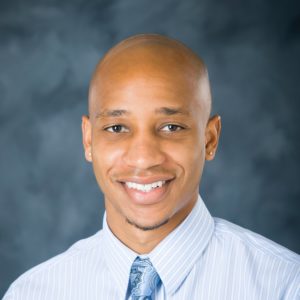 Brandon R. Byrd is an Assistant Professor of History at Vanderbilt University where he teaches courses in United States, African American, and African Diaspora History. He earned a Ph.D. from the Department of History at the University of North Carolina at Chapel Hill. His research in the field of black intellectual history has been supported by fellowships and grants from numerous institutions including Marquette University, the American Philosophical Society, the W.E.B. Du Bois Library at UMass-Amherst, the Marcus Garvey Foundation, and the Society for Historians of American Foreign Relations. It has also appeared or is forthcoming in several outlets including Slavery & Abolition and The Journal of Haitian Studies. Currently, Dr. Byrd is working on a book manuscript titled An Experiment in Self-Government: Haiti in the African-American Political Imagination, 1863-1915. It examines the ways in which black public figures in the United States conceptualized the link between Haitian independence and their prospects for racial progress, communal self-determination, and full citizenship during the decades after the U.S. Civil War. The book will be published with the America in the Nineteenth Century series at the University of Pennsylvania Press. Follow him on Twitter @bronaldbyrd. 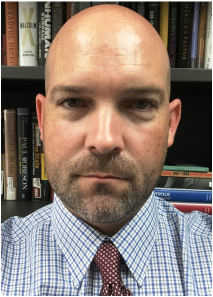 Phillip Luke Sinitiere is Professor of History at the College of Biblical Studies, a predominately African American school located in Houston’s Mahatma Gandhi District. He holds degrees from Sam Houston State University (B.A., M.A., History) and the University of Houston (Ph.D., History). His research interests include American religious history and African American studies. His books, articles, essays, and creative publications have covered topics on American evangelicalism, Christianity in world history, race in American religion, and Black intellectual and cultural history. At both the high school and college levels, Dr. Sinitiere has taught classes in American history, world history, European history, religion in the modern civil rights movement, African American history/literature, and religion in America. In recognition of his teaching at the secondary level, Dr. Sinitiere was a State Finalist for the Preserve America/Gilder Lehrman History Teacher of the Year Award (2008) and won the Joseph B. Whitehead Educator of Distinction Award (2008). In 2013, he worked as the Scholar-in-Residence at the African American Library at the Gregory School, where he researched W. E. B. Du Bois and the Black freedom struggle in Texas. In 2017, he received a Mary Jo Small Fellowship from the Society for Values in Higher Education. His books include Holy Mavericks: Evangelical Innovators and the Spiritual Marketplace, with Shayne Lee (NYU, 2009); Christians and the Color Line: Race and Religion after Divided by Faith, with J. Russell Hawkins (Oxford, 2013); Protest and Propaganda: W. E. B. Du Bois, The Crisis, and American History, with Amy Helene Kirschke (Missouri, 2014); and Salvation with a Smile: Joel Osteen, Lakewood Church, and American Christianity (NYU, 2015). His poem, “The Day Nonviolence Handcuffed Bull Connor on TV,” recently appeared in Beacon. Currently, he is at work on a biography of James Baldwin (Rowman & Littlefield, under contract), and 2 essay volumes on W. E. B. Du Bois: Citizen of the World: A History of W. E. B. Du Bois’s Late Career (Northwestern University Press, under contract) and No Deed but Memory: Forging American Freedom in W. E. B. Du Bois’s Twilight Years (University Press of Mississippi, under contract). 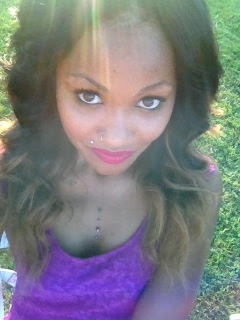 Charisse Burden-Stelly is an Assistant Professor of Africana Studies and Political Science at Carleton College. She was the 2016-2017 Postdoctoral Research Fellow in African American Studies at the University of Illinois at Urbana-Champaign. Dr. Burden graduated Magna Cum Laude in 2009 with Bachelor’s Degrees in Political Science and African and African American Studies from Barrett, The Honor College at Arizona State University. She received a PhD in African Diaspora Studies in 2016 from the University of California, Berkeley. Her areas of specialization include race and political economy, Black political theory, antiblackness and anti-radicalism, and Black radical thought. She has published several journal articles including “Culturalism, Development, and the Crisis of Socialist Transformation: Identity, the State, and National Formation in Thomas’s Theory of Dependence and Transformation” (with Percy Hintzen) in the CLR James Journal (Fall 2016); “Cold War Culturalism and African Diaspora Theory: Some Theoretical Sketches” in SOULS (April–June 2017).