loading...
By Ibram X. Kendi January 3, 2017 Comments Off on The Defender: A New Book on Chicago’s Legendary Black Newspaper

This post is part of my blog series that announces the publication of selected new books in African American History and African Diaspora Studies. Today I am featuring The Defender: How the Legendary Black Newspaper Changed America, which was published by Houghton Mifflin Harcourt in 2016. 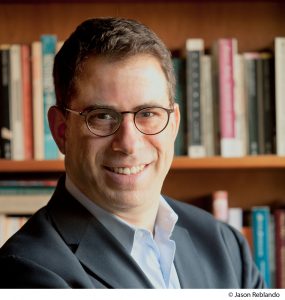 Ethan Michaeli is the author of The Defender. Michaeli is an award-winning author, publisher and journalist based in Chicago. He was a copy editor and investigative reporter at the Chicago Daily Defender from 1991 to 1996. He left the Defender to found the Residents’ Journal, a magazine written and produced by the tenants of Chicago’s public housing developments, and an affiliated not-for-profit organization, We The People Media. Residents’ Journal/We The People Media won national awards for its journalism and for its programs training youths and adults in the skills of modern journalism.

Michaeli’s work has also been published by Oxford University Press, The Nation, The Forward, In These Times and the Chicago Tribune, among other venues. Michaeli’s next book, Twelve Tribes: Promise and Peril in the New Jerusalem, will be published by Custom House. Follow Michaeli on Twitter @EthanMichaeli. 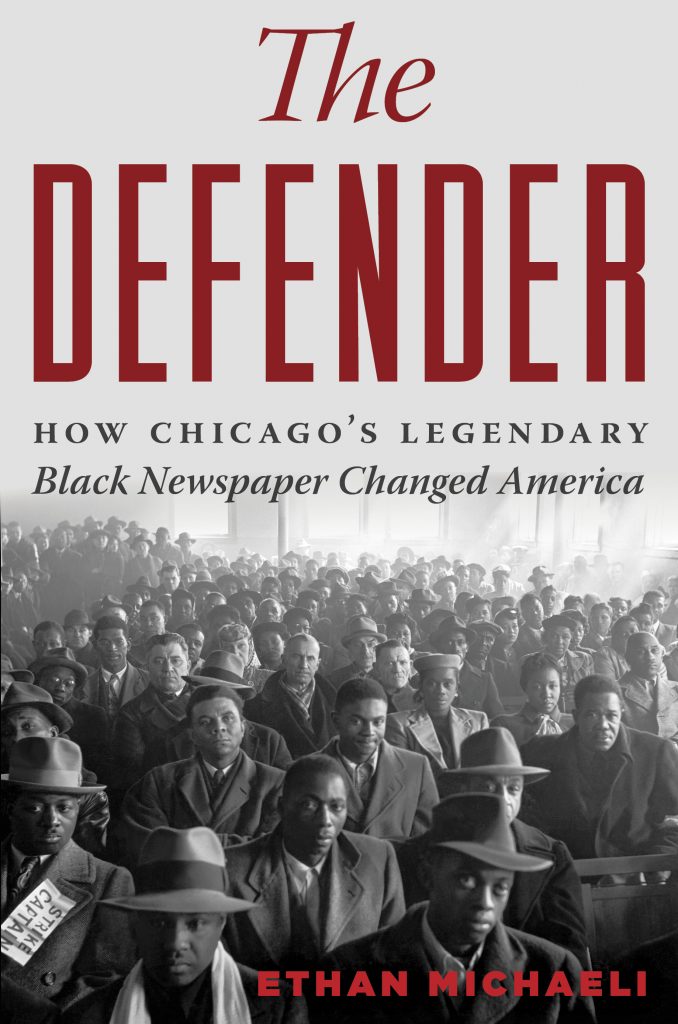 Giving voice to the voiceless, the Chicago Defender condemned Jim Crow, catalyzed the Great Migration, and focused the electoral power of black America. Robert S. Abbott founded The Defender in 1905, smuggled hundreds of thousands of copies into the most isolated communities in the segregated South, and was dubbed a “Modern Moses,” becoming one of the first black millionaires in the process. His successor wielded the newspaper’s clout to elect mayors and presidents, including Harry S. Truman and John F. Kennedy, who would have lost in 1960 if not for The Defender’s support. Along the way, its pages were filled with columns by legends like Ida B. Wells, Langston Hughes, and Martin Luther King.

Drawing on dozens of interviews and extensive archival research, Ethan Michaeli constructs a revelatory narrative of race in America and brings to life the reporters who braved lynch mobs and policemen’s clubs to do their jobs, from the age of Teddy Roosevelt to the age of Barack Obama.

“An extraordinary history…Deeply researched, elegantly written…a towering achievement that will not be soon forgotten.”

Ibram X. Kendi: Please share with us the creation story of your book—those experiences, those factors, those revelations that caused you to research this specific area and produce The Defender.

Ethan Michaeli: I decided to write the first comprehensive history of The Chicago Defender because I worked there from 1991 to 1996, and knew this was a story that needed to be told. I am white and Jewish, raised in a suburb of Rochester, New York, and arrived at The Defender as a fresh graduate of the University of Chicago with a bachelor’s degree in English literature.  I had no particular interest in civil rights or racism or African American history, which is not to say that I was dismissive, but just to underscore how much I thought race was an issue which had been dealt with in the ‘60s. So that when a friend–another white, Jewish, University of Chicago graduate–offered to recommend me for a job he was leaving at an “African-American-owned newspaper,” I didn’t appreciate the significance. I reasoned that in this putatively post-racial era, some newspapers would have white owners while others would have black owners, and what was the big deal?

In those years at The Defender, then still holding its own as one of the city’s three daily newspapers, I received a crash course in African-American history as well as the mechanics of journalism. My view of Chicago was not sanguine: On the police beat, I covered record numbers of homicides and other mayhem, and in reporting about public housing, I wrote about life in these much maligned but under-appreciated communities just as they were being demolished by federal programs ostensibly designed to revitalize them.

Working at The Defender transformed my understanding of race in America and revealed the centrality of the ongoing struggle for racial justice in our national narrative. After I left the newspaper, I continued to dream of a way to transmit the experience I’d had in a book form and eventually, I decided to walk the reader through the whole history, from The Defender’s origins as a tiny weekly published out of an apartment in the nascent African American neighborhood on the South Side, to its glory days when it was read by millions, and all the way to the beginning of the 21st Century, as the newspaper has struggled along with all print publications to find its niche in a web-based media landscape. This is the story of Race, Media and Politics, and of the heroic women and men who made a newspaper a great American institution.

Read an excerpt of The Defender here.