loading...
By Paul Hébert November 29, 2016 Comments Off on Remembering the Grenada Revolution: A Review of David Scott’s Omens of Adversity

Scholars are increasingly turning their attention to the Grenada revolution, a critical event in the history of West Indian radical politics. A number of new books, including Shalini Puri’s The Grenada Revolution in the Caribbean Present: Operation Urgent Memory, Wendy Grenade’s edited volume The Grenada Revolution: Reflections and Lessons, and Grenada: Revolution and Invasion, edited by Patsy Lewis, Gary Williams and Peter Clegg, examine a crucial yet under-studied moment in the history of the Anglophone Caribbean and of post-colonial liberation movements more generally. While waiting for these books to arrive in my mailbox, I re-read another recent book about the revolution, David Scott’s Omens of Adversity: Tragedy, Time Memory, Justice, a volume that I struggled with when it was published in 2014 and am immensely glad I returned to.

Omens of Adversity brilliantly examines the historical trauma caused by the events of 1983, revealing why so much is at stake for historians who set out to write about a tragedy that befell not only the Grenadian people but the entire political project of liberating the West Indian people from (neo)imperial rule. In framing the Grenada revolution in terms of tragedy, Omens of Adversity is something of a companion piece to Scott’s previous book, Conscripts of Modernity, a study of C.L.R. James’s classic history of the Haitian Revolution, The Black Jacobins. While Conscripts of Modernity examines how we can think about the relationship between the past and the present as a way to imagine a possible future, in Omens of Adversity Scott situates the past as a force that sticks to the present, preventing people who have lived through political catastrophe and trauma from moving forward. 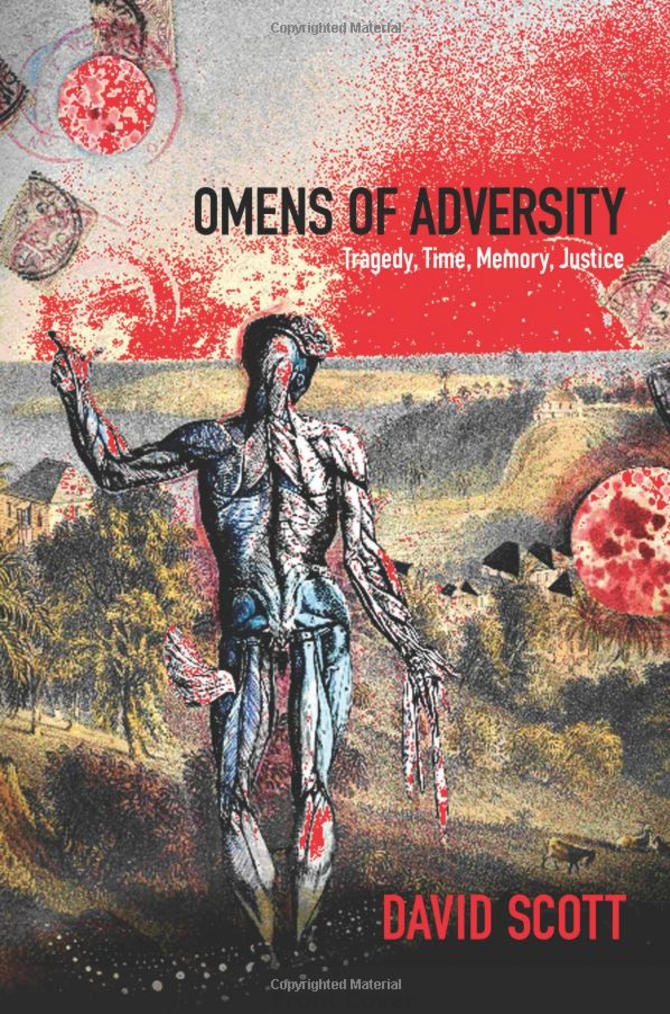 Historians point to the collapse of the Grenada revolution in 1983 as the end point of a brand of radical politics in the Anglophone Caribbean that had taken shape over the previous two decades. Following the collapse of the Federation of the West Indies in 1962 and the subsequent independence of West Indian nations, radical thinkers and activists drew on a broad spectrum of political and intellectual movements including dependency theory, European Marxism, the African-American civil rights and Black Power movements as well as locally-rooted political, cultural, and intellectual traditions like Rastafari and the work of figures such as Marcus Garvey and C.L.R. James. These radicals challenged the leaders of newly independent nations on their failure to undo the racism, poverty, and political alienation that continued to define life for many West Indians after they had shed British rule.

In 1979 the radical West Indian left succeeded in capturing state power when the New Jewel Movement (NJM) overthrew the government of Grenadian strongman Eric Gairy. The NJM was founded in 1973 as a union between two Grenadian radical movements, Joint Endeavour for Welfare, Education and Liberation (JEWEL) and the Movement for Assemblies of the People (MAP). While the NJM was originally strongly influenced by James’s vision of revolution based on the popular will of the masses, as the struggle against Gairy’s regime intensified it adopted a more doctrinaire Leninist approach grounded in the belief that the project of capturing the state required the focus and discipline facilitated by a vanguardist approach.

Four years after overthrowing Gairy, the NJM turned on itself over the question of party leadership, leading to the October 19, 1983 murder of party leader and Prime Minister Maurice Bishop and several of his colleagues in circumstances that remain mysterious. Days later, U.S. President Ronald Reagan authorized a massive military invasion of Grenada, ostensibly to protect American students and to “restore democracy” to the nation. The Americans arrested the remaining NJM leadership, known collectively as the Grenada 17. The Grenada 17 were tried and sentenced to death. The death penalty was later overturned and by 2009, all of the Grenada 17 had been released from prison.

Omens of Adversity is not a history of the Grenada revolution but a study of how the Grenada revolution and its memory reveal what Scott sees as a profound shift in the experience and understanding of temporality. Scott is interested in how, in the aftermath of political catastrophe, people sense time as having taken on a disjointed quality. The present no longer stands as an expectant moment between a past that must be overcome and a future that promises a resolution. Rather, this Hegelian/Marxist concept of temporality has been displaced by one in which the aftermaths of tragedy stick to the present, leaving us mired in “immobility and pain and ruin,” unable to move forward (p.6).

In two chapters of this four-chapter volume, Scott examines how successive generations of Grenadians have lived the trauma associated with the brutal collapse of their revolution. His reading of two novels by Merle Collins, Angel (1987) and The Colour of Forgetting (1995) reveals how narrative can capture the experience of disjointed time caused by the experience of catastrophe in different ways. In the case of the former, the past–by clinging to the present–creates a sort of impasse that prevents the titular protagonist from moving beyond tragedy; in the the latter, the revolution represents another episode in a repeating cycle of catastrophic time.

Collins writes the experience of Grenadians in terms of two distinct temporal modes—a linear one in which catastrophe marks a tragic end point and a cyclical one in which the past continually comes back to haunt the present. But the lesson remains: the Grenada revolution represents a historical moment that had the effect of undoing “the great modernist narrative of revolutionary overcoming,” leaving in its wake “an end of alternative futures” (p. 71).

What then, of the generation that came after the events of 1983? Scott sees younger Grenadians who did not experience 1983 firsthand as being able to look beyond the pain that paralyzes their parents’ generation. He focuses on a recent attempt by Grenadian teens, the “Young Leaders,” to resolve an enduringly painful aspect of the events of 1983—the disappeared bodies of Maurice Bishop and the other NJM figures who died alongside him. The disappearance of these human remains symbolizes a loss of a different scale than any one human death. They speak to a profound sense of loss and futility growing out of the failure of a popular revolutionary political project. Scott sees the amateur investigators as representing a shift in the way a crisis of temporality is experienced. This generation sees the past not as “a wound that will not heal” (p. 13,) but as something that can be come to terms with through reparative or restorative justice.

Yet if Scott is optimistic that the Young Leaders represent a path away from Grenadians’ crisis of temporality, then he is less hopeful about the possibilities of officially-sanctioned attempts at reparative or restorative justice, such as Truth and Reconciliation, launched by Grenada in 2001. Scott sees official attempts at restorative justice as a project that came into being within a particular global political context, namely the end of the Cold War and the ascendency of liberal democracy as the sole legitimate form of political and economic order.

Politically, reparative justice begins with the idea that systems that do not meet the criteria of what counts as liberal democracy may be lumped together under the category of “totalitarianism.” The 1984 trial of the Grenada 17 may be seen as a precursor to this phenomenon, a moment in which a legal system not only set out to punish the alleged crimes of individual actors, but to draw a sharp line separating an illegitimate politics of the past from a liberal democratic future. Moving forward, by virtually ignoring important historical claims about the events of October 1983 that were submitted in documentary form by members of the Grenada 17, Grenada’s Truth and Reconciliation Commission revealed itself, Scott argues, not as a good-faith attempt to get at any “truth” about the collapse of the revolution. Rather, the “truths” it established were the ones that were useful for Grenada’s “forgetting of the revolutionary past and transition to a liberal future” (p.163).

Omens of Adversity is a theoretically dense and challenging book, one that asks the reader to wrestle with complex philosophical arguments about concepts such as time and memory. With his analysis of the enduring character of the collective pain caused by the collapse of the New Jewel Movement and the subsequent American invasion of Grenada, Scott shows us why, at a fundamental level, the Grenada revolution remains a distinctly challenging topic for historians to write about. Scott’s analysis of memory in the wake of trauma also speaks to the practical political dimensions of dealing with painful pasts. By framing the Grenada 17 trial and the Truth and Reconciliation Commission as projects that used history as a way to close the door on politics that fall outside the scope of liberal democracy, Scott reminds us that harnessing history to heal the wounds of the past is a politically-fraught venture that runs the risk of compounding, not resolving, the crises of temporality caused by political catastrophe.