Historian John Dower has noted that “apart from the genocide of the Jews, racism remains one of the great neglected subjects of World War Two.” Expanding upon Gerald Horne’s masterful study, Race War!: White Supremacy and the Japanese Attack on the British Empire (2004) and Horne’s Facing the Rising Sun: African Americans, Japan, and the Rise of Afro-Asian Solidarity (2018), Chris Dixon’s African Americans in the Pacific War, 1941-1945, is a study of the war time experiences of African Americans in the Pacific Theater. It examines the tension between race and nationality—specifically African American identity and American identity. According to Dixon, race was at the center of the transformations that occurred during the war in the Pacific as Japan depicted its quest for regional hegemony as a crusade of liberation against the tyranny of Western colonialism. The war time Asia-Pacific was a world turned upside down as prevailing hierarchies within, as well as between, nations were tested by the tumult of total war, and as oppressed groups fought for freedom and demanded democracy (2).

African Americans were active participants in this complicated and convoluted quest for liberation. In part, Black military service in the Pacific was an adventure, a chance to see the world as Calvin Miller, a young recruit from North Carolina stated (2). The war was a chance to transform as well as defend the United States. Race, war, and citizenship have always been linked in American life since the War of Independence. African Americans offered their service to the nation hoping that their wartime efforts and sacrifices would be repaid with full rights of citizenship to which they were entitled (4). African Americans were symbols and agents of American power across the Asia-Pacific. Emboldened by their war time experiences and conscious of the transnational nature of the struggle against racism, African Americans challenged white Americans’ attempt to cast Blacks stationed in Japan as trouble makers (253).

By linking Black military service across the Pacific Theater to wider questions of transnational racial liberation, this book casts new light on a conflict that was substantially about race. Shifting the geographic center of the African American wartime experience to the Asia-Pacific region provides a fresh, international perspective on Black people’s wartime struggle against white supremacy at home and abroad. Indeed, African Americans were situating themselves at the center of what Black sociologist and writer Horace R. Cayton described as a “global battle of words and ideas.”

This global battle for words and ideas did little to change how the military treated African Americans in the early years of the war. For example, the esteemed historian John Hope Franklin was denied an opportunity to serve in the Navy, which was recruiting office workers. Franklin was told the Navy did not want African Americans for service in the professional category. When he applied for a position as a historian in the Department of War, the Department never responded to his application, despite having a doctorate from Harvard (49-50). By contrast, world heavy weight boxing champion Joe Louis was inducted into the Army and performed in boxing matches at military installations around the globe, though he never saw combat. Louis became a symbol of African American patriotism and manhood when he declared he was “anxious to get a crack at those Japanese” (50-51). The epitome of African American patriotism was Dorie Miller. Relegated to the position of messman, Miller not only secured the machine gun aboard the West Virginia and began firing upon the enemy during the attack on Pearl Harbor, but he also sought to save the ship’s mortally wounded captain. Miller received the Navy Cross for his heroism and became the symbol of African American defiance, determination, and patriotism (52). Black newspapers provided unsparing critiques of the Navy’s use of black men as only messmen and the irony of Dorie Miller, who had never fired a machine gun save for that day at Pearl Harbor. 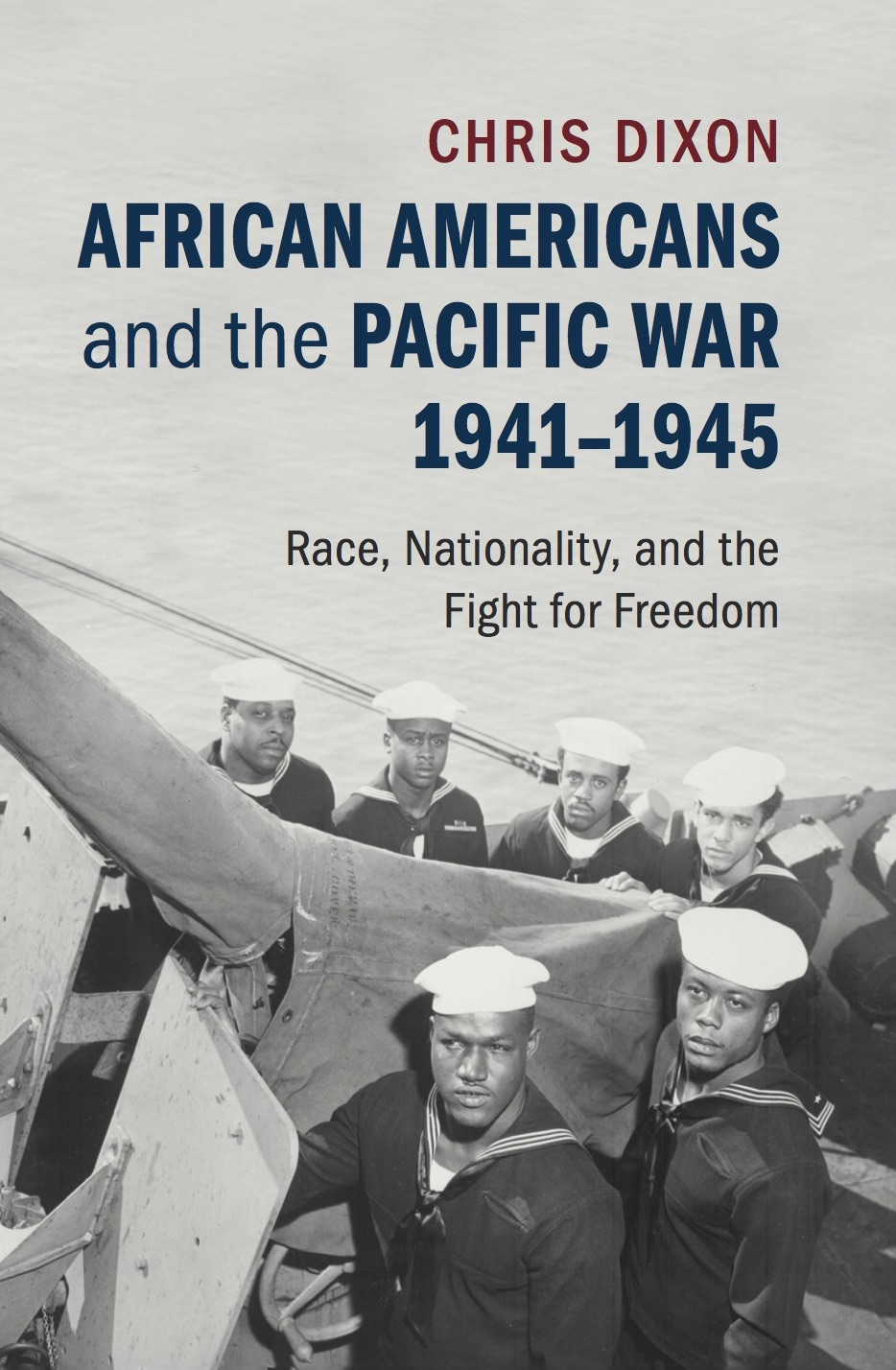 African Americans were victims of a racially segregated military system, extending from training camps scattered across the United States and into the most distant reaches of the American military apparatus (17). African Americans found opportunities, learned skills, forged friendships, and encountered peoples and places that could be both exotic and exciting. In the process, they laid the groundwork for a renewed push for civil rights and played a part in shaping the postwar challenge to transnational racism (94). While African Americans on the frontlines in the war against Japan were few in number, the political and cultural significance of their service should not be discounted. The 24thInfantry Regiment and the 93rd Infantry Division were sent to combat zones in the Pacific in 1944. The U.S. was slow to send Black men into combat in the Pacific Theatre, believing that Black men were not good soldiers (191).

Blacks interactions with their wartime adversaries in the immediate aftermath of World War II were shaped by the racial dynamics of the rise of American internationalism (19-20). After the atomic bombs were dropped on Hiroshima and Nagasaki, African American soldiers became the object of scorn by the Japanese who believed that they were responsible for the attack, asserting that the bomb had turned Black men’s skin black (228). The attacks on Japan were racialized as African American men expressed that the bombs would not have been dropped on a white city. After the war, 15,000 African American men were serving in Tokyo and thousands more were stationed throughout Japan (228). Some Black servicemen pursued intimate relations and marriage with Japanese women. Often these marriages, and the children produced by them, were not accepted by the military, the African American community, or native populations in Japan, who shunned mixed race children as inferior beings.

Ultimately, Dixon’s study emphasizes the importance of Asia in the Black protest tradition in the 20th century, and explores how African Americans’ imagined and real solidarities with peoples of Asia produced an uncompromising critique of white supremacy. This study underscores African Americans’ determination to struggle for freedom and advancement both in the military and at home.

Karen Cook Bell is Associate Professor of History at Bowie State University. Her areas of specialization include slavery and the slave trade, the Civil War and Reconstruction, and women’s history. Her book, Claiming Freedom: Race, Kinship, and Land in Nineteenth Century Georgia (University of South Carolina Press, 2018), received the Georgia Historical Records Advisory Council Excellence in Research Award. She is currently working on a monograph titled "Running from Bondage: Enslaved Women's Fugitivity in a Revolutionary Age." Follow her on Twitter @kbphd08.