Sandra M. Bolzenius’s Glory in Their Spirit: How Four Black Women Took On the Army During World War II details a critical March 1945 incident: the strike and subsequent trial of African American members of the Women’s Army Corps (WAC) at Ft. Devens, Massachusetts. Bolzenius situates the strike within the context of civil rights activism and Black women’s labor history. Glory in Their Spirit makes an important contribution to African American history and the history of World War II.

Bolzenius explains that many Black women who joined the WAC for career opportunities were instead assigned to the least skilled work, often involving cleaning or other menial labor. At Ft. Devens, Black WACs who had been promised training as medical technicians were assigned to be hospital orderlies, a far less technical and prestigious job, and one to which Black WACs at Ft. Devens were disproportionately assigned, relative to white WACs. This disparate treatment in labor assignments and working conditions, the Army’s policy of racial segregation, and frustration with officers in the chain of command created substantial morale problems in the detachment, culminating in fifty-four Black WACs refusing to go to work. Upon threat of court-martial most of the women went back to work as ordered, but four continued to strike and were charged with disobeying an order of a superior officer.

Drawing from multiple military investigations of the event, the court-martial transcript, and a wide variety of other archival sources, Bolzenius writes a lively narrative that moves from the origins of the strike and the strike itself to the court-martial that followed and the trial’s aftermath. At the same time, she pays attention to individual histories and motivations, showing why these four women—Mary Green, Anna Morrison, Johnnie Murphy and Alice Young—held  out all the way to trial. Although her focus is on the defendants, we also learn about the Black and white officers involved, demonstrating how failures of leadership at multiple levels of the military hierarchy contributed to the circumstances that led to the strike. Bolzenius argues that the strike was a protest of racial and gender discrimination in both the Army as a whole and specifically at Ft. Devens. The strikers viewed themselves as defending African American people and specifically African Americans WACs. The Army, on the other hand, suggested that the WACs were merely complaining because they did not like their work. However, the women were upset not by the nature of their work, but by the fact that they were not being given the same training opportunities and range of possible job assignments open to white WACs.

Bolzenius shows how the focus on military protocol, although ostensibly impartial, actually contributed to circumstances that made defense of the court-martial charges very difficult. For example, all members of the court-martial hearing the case outranked the defendants, which is still a requirement in contemporary courts-martial. Additionally, although the panel’s inclusion of two Black men and three white women made for a more diverse group than would have been achieved on many civilian juries, no members were African American women. The fact that the military did not consider racial discrimination a valid defense at court-martial also constrained the defense strategy. 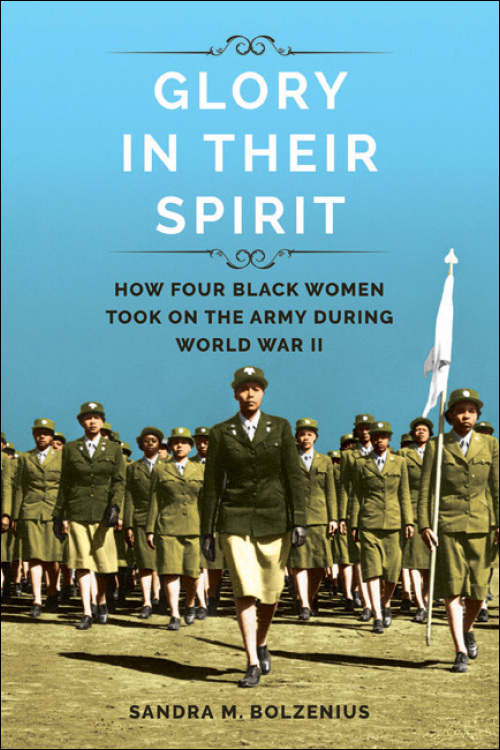 Bolzenius’ discussion of this strategy in Chapter Four is particularly fascinating. Because racial discrimination was not considered a valid defense, NAACP lawyer Julian Rainey argued that the defendants were so focused on their own perceptions of discrimination that they became temporarily insane. Rainey presented evidence that there was, in fact, racial discrimination at Ft. Devens, but because of the constraints on acceptable defenses he could not explicitly make that accusation. Bolzenius argues that Rainey described the defendants as confused and mentally unstable in his attempts to explain their actions, relying on “a patriarchal perspective of women’s weaknesses,” even when his clients themselves told a different story (99). Instead, the strategy of focusing on the women’s perception of discrimination implied the possibility that the perception was imagined and drew on gender stereotypes of women as hysterical. Bolzenius also shows how the women’s own testimony describing their decisions to strike differed from their lawyer’s portrayal. The defense was unsuccessful, as all four women were convicted and were each initially sentenced to dishonorable discharge, loss of pay, and one year of imprisonment with hard labor.

Bolzenius demonstrates that the intersection of race, gender, and rank influenced not only the conditions to which the women were subject within the Army, but also the unusual media interest the strike and trial captured. Although courts-martial were much more common during World War II than they are today, military trials of female personnel were rare, especially when the case involved African American WACs and allegations of racial discrimination. The nature of the case inspired considerable public interest, including extensive press coverage, especially in Black newspapers. The War Department was inundated with correspondence from citizens, civil rights leaders, and even a Congressional inquiry into four attempted suicides that occurred in the detachment in February and March 1945, around the time of the strike and the trial.

Ultimately, in Bolzenius’ view, it was also the military emphasis on protocol that resulted in the reversal of the women’s convictions. The War Department found a way out from the continued media attention from the case and its upcoming appeal, for which Thurgood Marshall had agreed to represent the women, by deciding that the court-martial had been convened by the wrong officer. The sentences were voided, and the women returned to duty. The subsequent War Department investigation of the strike attributed the event to the poor leadership of the officer serving as the hospital administrator, rather than any discriminatory military policies.

Although Bolzenius convincingly places the strike within a broader history of Black women’s labor activism, a more detailed discussion of previous strikes by African American service members, especially the Port Chicago mutiny and its subsequent courts-martial, might have enriched the book. Some of these incidents are mentioned, but the influence of other military labor protests on the Ft. Devens strike and on the War Department’s response could have been considered more extensively. Nonetheless, Glory in Their Spirit is a compelling, deeply researched book that will appeal to both academic and non-academic readers interested in a variety of subjects, including, but not limited to, Black women’s history, labor history, and military history.

Natalie Shibley is the Postdoctoral Fellow in the Program on Race, Science, and Society at the University of Pennsylvania. Her research examines the intersection of race, gender, and U.S. military policy regarding sexually transmitted diseases and homosexuality. Follow her on Twitter @nshibley.

Comments on “Black Women in the Army during World War II”