For scholars of eighteenth-century North American slavery, the rise of the plantation-complex grounds many of the field’s central questions. When and where did ideas of anti-Black racism get codified into law? How did the burgeoning planter class reshape social and economic landscape in their own image? What particular ethnic identities and cultural folkways did “saltwater slaves” carry with them across the Atlantic and at what point did these African identities give way to the creation of a creole African American people? Applying the methods of social and cultural history, scholars of slavery have deepened our understanding of the colonial-era plantation as a site of production for labor-intensive commodities, a vista of power and control that established the logic of southern class relations, and the home of an “undercommons” where enslaved people established underground economies, maintained African cosmologies, and plotted direct challenges to the slaveocracy.

In his new book Masters of Violence: The Plantation Overseers and Eighteenth-Century Virginia, South Carolina, and Georgia, Tristan Stubbs considers these questions through the rise of the overseer. While interested, and adept, at recreating the world of overseers during the eighteenth century, Stubbs is primarily concerned with how eighteenth-century planters perceived their white subordinates in the decades leading up to the American revolution. Invested in a larger ideology of patriarchism, which envisioned “enlightened” slaveowners as pillars of the social and moral order, planters struggled with the growing and inescapable market logic of plantation slavery—especially the attendant violence required to make such plantations prosperous. At the same point that “increasing managerial devolution over the course of the 1700s allowed enlightened patriarchs to avoid administering violence,” Stubbs argues that overseers “continued to practice violence against enslaved people” (4). Hoping to promote themselves as benevolent figures, while also benefitting from a system that doled out violence and misery, planters transferred the moral stench of slavery on the shoulders of the overseers. By claiming that overseers were incompetent, untrustworthy, and incapable of independence, slaveowners revealed more about their own anxieties concerning the post-Revolutionary War era than the lived realities of the overseers they hired.

In arguing that planters’ prejudices toward overseers “be assessed as central to the development of republican manhood in the South,” Stubbs suggests that a full understanding of nineteenth-century paternalism must begin with a social and intellectual history of the overseeing profession (8). Initially, overseeing attracted both poor and well-to-do white men and was seen as a respectable, short-term position that most held “until they had put aside enough capital to purchase a smallholding or become a tenant” (31). But, as slave owners’ desires for land led to an increase in absenteeism, the various relationships that stitched together the social world of the eighteenth-century South underwent radical transformations. Despite the growing market demands on plantation agriculture, slaveowners expressed a greater demand for overseers who embodied specific republican virtues like sobriety and thrift as time progressed, further belying the shifting intellectual and cultural terrain of eighteenth century paternalism. The increasingly antagonistic relationship between slave holders and overseers is also reflected in contract negotiations, as the former weaponized moral arguments against the white managers of their landholdings in order to justify decreasing the wages of overseers and diminishing the prestige of the profession. 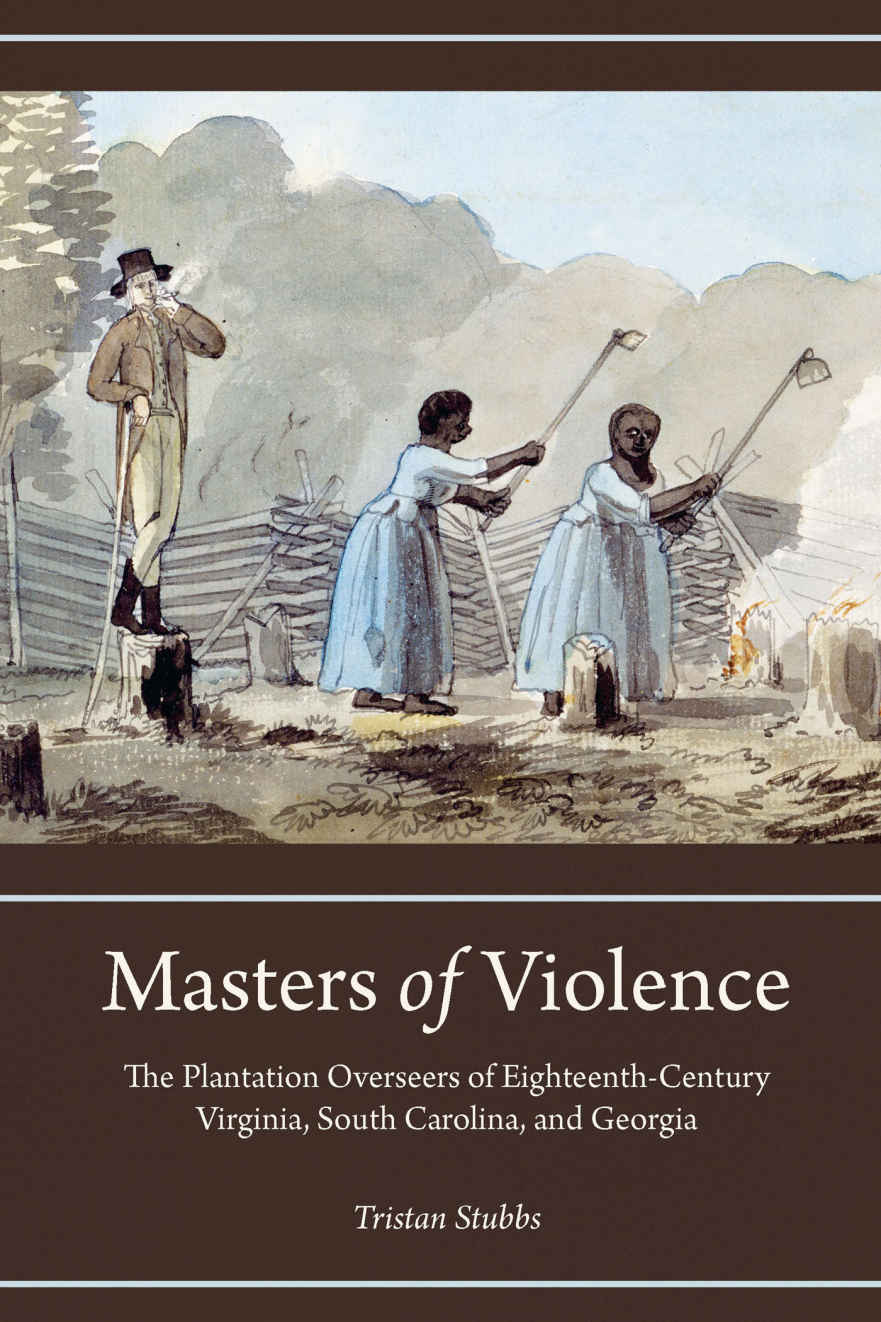 For scholars of eighteenth-century African American life, Stubbs’s work will prove useful in helping explore the dialectic between authority and resistance. For those members of the plantation generations who resided in the Chesapeake and the Lowcountry, the battle between planters and overseers provided opportunities to carve out meaningful concessions within a larger system of slavery. Though given greater leeway to wield violence against enslaved people, overseers found their perceived monopoly on violence was limited in the new system. In addition to using violence to defend customary rights like the honoring of holidays or the unfair confiscation of goods produced on provision grounds, enslaved people were also skilled in “bringing grievances directly to their masters or mistress” (116). Ultimately, enslaved people’s “talebearing” against brutal overseers was encouraged by the planter class and played a central role in clarifying tropes of “enlightened patriarchs” and debauched overseers.

While primarily a history of planter-class ideology, Stubbs does spend some time exploring the intellectual world of enslaved people. As the Revolutionary War exposed the precarity of the planter class’ power, bondpeople began envisioning radically different ways of existing in the eighteenth-century South. Some put forth “saturnalic claims on times and space” and used the opening of the war to demand new “revolutionary rights,” challenge slaveowners’ monopoly on violence, and occasionally wield violence themselves against overseers who sought to return plantation discipline to the pre-Revolutionary era status quo (138). Other enslaved people established a new “rival geography,” that existed beyond the dominion of slaveowners and overseers. In making such claims, enslaved people “transformed the mechanisms of spatial and temporal suasion into focal points of violent oppositional activity and threatened to test the plantation power to its limits” (139). In his analysis of Black resistance, Stubbs demonstrates a firm grasp of nineteenth-century African American cultural history. Stephanie Camp’s work, in particular, is oft-cited and has an unmistakable presence throughout the book.

Attuned to the vicious practices of overseers in the eighteenth century, Masters of Violence does not situate the brutality perpetrated by overseers within the larger history of anti-Black violence during slavery. Here, the book’s Epilogue offers a brief glimpse into the afterlife of overseer violence in Black memory. Drawing a long history of overseer violence from Frederick Douglass’s My Bondage and My Freedom to Alex Haley’s Roots to Toni Morrison’s Beloved, Stubbs theorizes on how the narrative power of the vicious overseer had such lasting power in African American slave narratives. “Memories of overseer brutality took much longer to heal,” Stubbs remarks. More than simply constructions in the minds of anxious paternalists, the brutal overseer was a terrorizing figure who not only left bondpeople with physical scars and psychological trauma but continued to haunt the afterlife of slavery. The brief discussion of the legacy of overseer violence, as well as the failure to engage the historiographical debate over the relationship between plantation violence and the rise of American capitalism, both feel like missed opportunities in an otherwise excellent book.

Masters of Violence offers a valuable addition to the historiography of slavery and eighteenth-century American South. Thoughtful, well-researched, and imaginative, Stubbs explores the plantation generation with considerable energy and dexterity. Adding greater depth to how we understand the eighteenth-century South, Masters of Violence demonstrates that the struggle for power on the plantation was more complicated, more nuanced, and more violent than previously imagined.

Robert D. Bland is an assistant professor of history at the University of Tennessee. He is currently working on a book about the South Carolina Lowcountry and the legacy of Reconstruction in African American memory.