Black Perspectives is hosting an online forum in recognition of the 52nd anniversary of Malcolm X’s assassination. The forum, “Remembering Malcolm,” will bring together a diverse group of scholars to reflect on Malcolm’s life and legacy. During this week-long forum, each scholar will share insights on the lasting influence and significance of Malcolm’s ideas for current political movements in the United States and abroad. 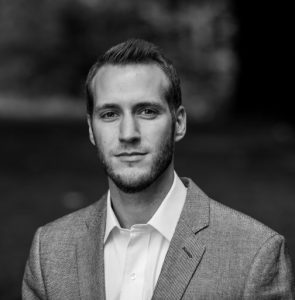 Garrett Felber is a scholar of 20th century African American history. He earned a PhD from the American Culture Department at the University of Michigan. His dissertation, “Those Who Know Don’t Say: The Nation of Islam and the Politics of Black Nationalism in the Civil Rights Era,” demonstrates the centrality of black nationalism in the postwar black freedom struggle by exploring the politics of the Nation of Islam (NOI) in prisons, courtrooms, and on college campuses. His teaching and scholarship focuses on 20th -century U.S. cultural and political history, African- American social movements and intellectual history, mass incarceration and carceral studies, and the global Cold War. He is co-author of the The Portable Malcolm X Reader (Penguin, 2013) with Manning Marable and has been published in the Journal of African American History, SOULS, and South African Music Studies. In 2015, he founded the Black History Study Group and Freedom Library at the Columbia River Correctional Institution in Portland, OR. Follow him on Twitter @garrett_felber. 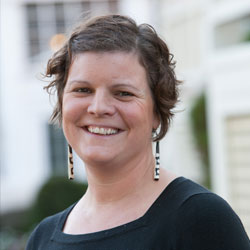 Laura Warren Hill is an Assistant Professor of History at Bloomfield College. She specializes in African American History and Africana Studies and teaches classes that focus on the history of social movements. She is the author of Strike the Hammer While the Iron is Hot: The Black Freedom Struggle in Rochester, NY, 1940-1970 (Ithaca, NY: Cornell University Press, forthcoming). Her past publications include an edited collection, The Business of Black Power: Community Development, Capitalism, and Corporate Responsibility in Postwar America (with Julia Rabig) and an article on Malcolm X in Rochester, NY. Follow her on Twitter @mohojolo. 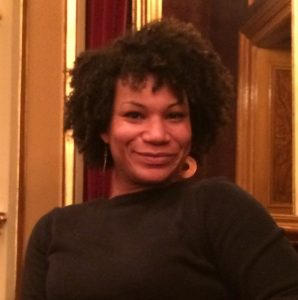 Alaina M. Morgan is a doctoral candidate in New York University’s Department of History where she is currently finishing her dissertation, “Atlantic Crescent: Afro-Muslim Internationalism, Anti-Colonialism, and Transnational Community Formation, 1955-2005,” a political, intellectual, and religious history of the formation of Afro-Muslim anti-colonial networks in the Atlantic world. Alaina’s dissertation provides new understandings of the fusion of religious practice and political discourse; methods of resistance to state and global power among people of African descent; and the adoption of transnational identities along racial, political and religious lines. Alaina’s work has been generously supported by the Social Science Research Council, the Mellon Foundation, the Marcus Garvey Memorial Foundation, and the American Historical Association. She holds a Bachelor of Arts in Religion from Rutgers University (2003), and a Juris Doctor from Columbia Law School (2006). 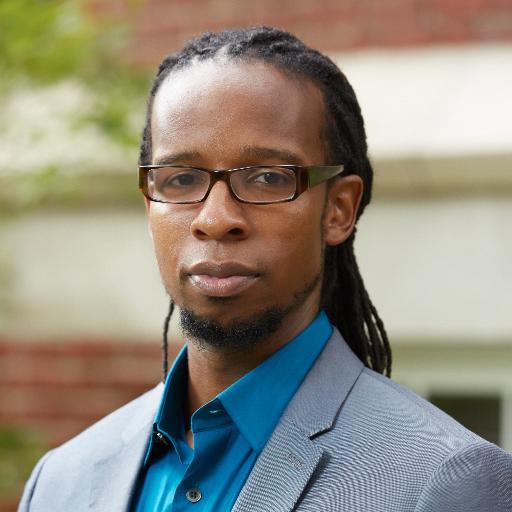 Ibram X. Kendi is the Associate Editor of Black Perspectives. He is an assistant professor of African American history at the University of Florida. An intellectual and social movement historian, Ibram studies racist and antiracist ideas and movements. He is the author of the award-winning book, The Black Campus Movement: Black Students and the Racial Reconstitution of Higher Education, 1965–1972, the first national study of Black student activism during that period. His second book, Stamped from the Beginning: The Definitive History of Racist Ideas in America, won the 2016 National Book Award for Nonfiction. It was recently selected as a finalist for the 2016 National Book Critics Circle Award. He is currently completing a new book entitled Black Apple: Malcolm X and Black Power in New York, 1954-1974 (New York University Press, forthcoming); and writing another history of racism—the sequel to Stamped from the Beginning. Follow him on Twitter @DrIbram. 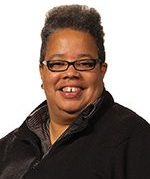 is the Jill Beck Director of Film Studies and Associate Professor of Film Studies at Lawrence University. She received her PhD from Cornell University in 2000. She is the author of Spectacular Blackness: The Cultural Politics of the Black Power Movement and the Search for a Black Aesthetic (University of Virginia Press, 2009). The book explores the cultural politics of the Black Power movement, particularly the Black Arts movement search to define a “Black Aesthetic.” Professor Ongiri’s research interests include African American Literature and Culture, Film Studies, Cultural Studies, and Gender and Sexuality Studies. Her work has been published in College Literature, Camera Obscura, Black Filmmaker, Nka: The Journal of Contemporary African Art, and Race-ing Representation: Voice, History, and Sexuality. During 2001–2002, she was a fellow at Duke University’s John Hope Franklin Center for International and Interdisciplinary Study. 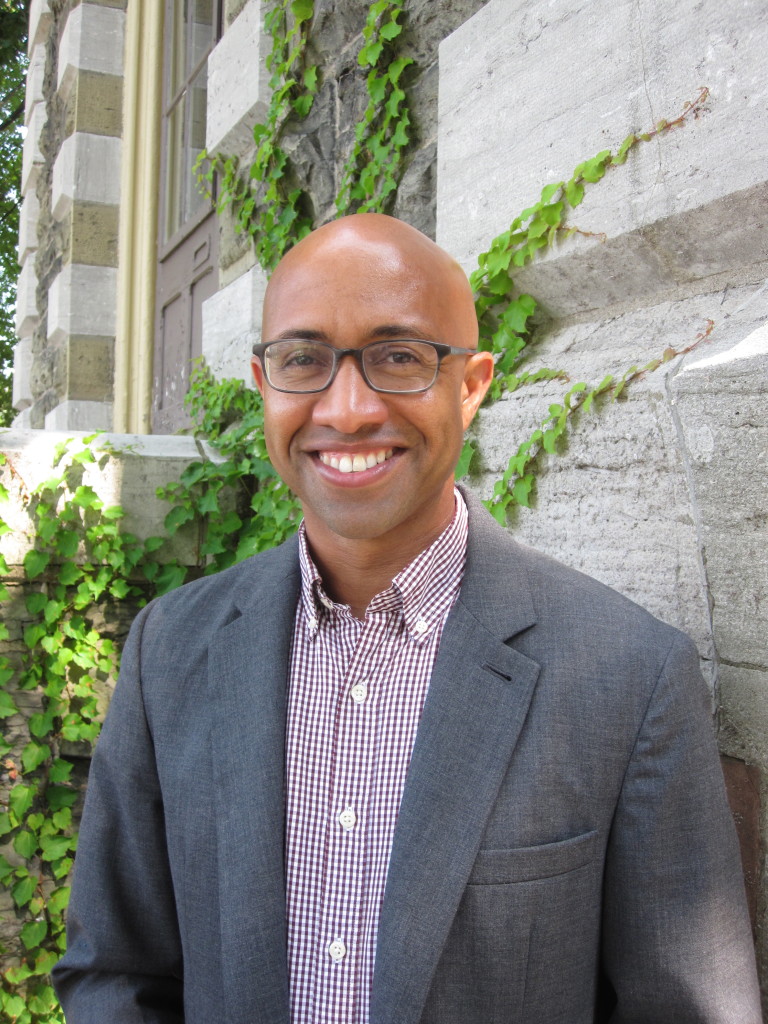 Russell Rickford is an associate professor of history at Cornell University. A specialist on the Black Radical Tradition, he teaches about social movements, black transnationalism, and African-American political culture after World War Two. He is the editor of Beyond Boundaries: The Manning Marable Reader and author of Betty Shabazz: Surviving Malcolm X, the only major biography of Malcolm’s late widow. His most recent book, We Are an African People: Independent Education, Black Power, and the Radical Imagination, was published by Oxford University Press in 2016. In We Are An African People, Rickford traces the intellectual lives of these autonomous black institutions, established dedicated to pursuing the self-determination that the integrationist civil rights movement had failed to provide. Follow him on Twitter @RickfordRussell. 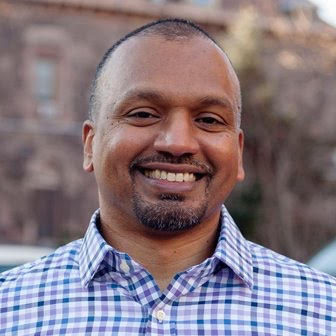 Zaheer Ali is the Oral Historian at Brooklyn Historical Society, and an adjunct lecturer at New York University’s Paul McGhee Division. Previously, he served under the direction of the late Manning Marable, as project manager and senior researcher of the Malcolm X Project (MXP) at Columbia University–a multi-year research initiative on the life and legacy of Malcolm X. As project manager, he was associate editor of an online annotated multimedia version of The Autobiography of Malcolm X (2004), and later contributed as a lead researcher for Marable’s Pulitzer Prize-winning biography Malcolm X: A Life of Reinvention (2011). In February 2015, he was a featured narrator in CNN’s one-hour documentary, “Witnessed: The Assassination of Malcolm X,” and authored the accompanying essay for the documentary’s website. Follow him on Twitter @zaheerali.