This post is part of a blog series I am editing, which announces the release of selected new works in African American History and African Diaspora Studies. Today is the official release date for North of Dixie: Civil Rights Photography Beyond the South, published by the J. Paul Getty Museum. 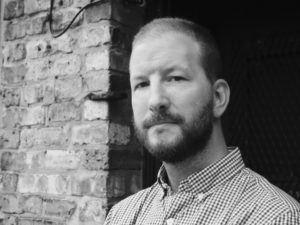 The author of North of Dixie is Mark Speltz. He is an author and public historian who researches and writes about civil rights era photography, vernacular architecture, and Wisconsin culture and history. His most recent publication is “Beyond the Spectacle: Photography and Milwaukee’s Open Housing Marches,” Wisconsin Magazine of History (Spring 2016). Speltz has worked as a freelance researcher on exhibitions for the Ellis Island Immigration Museum and Milwaukee Institute of Art and Design and has authored two previous books. He is currently a senior historian at American Girl in Madison, Wisconsin. Follow Speltz on Twitter @mespeltz. 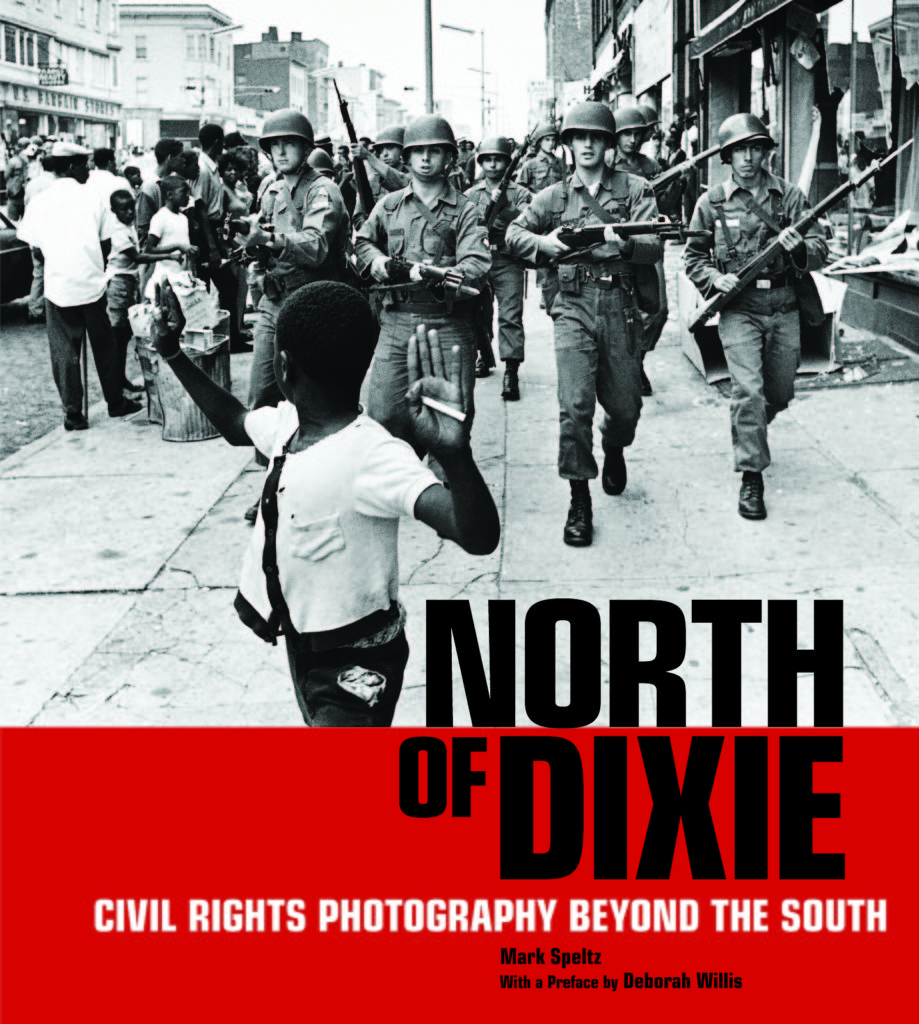 The story of the civil rights movement is typically illustrated with photographs from southern cities like Birmingham and Selma. These well-known images paint an important but incomplete picture. The struggle for racial equality reached across the nation, where activists fought campaigns against segregation, police brutality, and job discrimination in cities from New York and Detroit to Seattle and Los Angeles. With over one hundred images, many never before published, North of Dixie offers a complex and inclusive view of the civil rights era in America.

Photography played an important role in the civil rights movement. It inspired activists, galvanized public support, and compelled local and national politicians to act. It also provided the movement’s opponents with tools for surveillance and repression. The photographs in North of Dixie reveal stories that have been largely lost to public memory.  Taken between 1938 and 1975 in more than twenty-five cities, they remind us of the diverse groups of people who fought for freedom and social change in their communities.

“As the overwhelming negative issues of race persist in tearing away at the soul of our nation, America needs to be more enlightened on the history of this subject and how it continues to demand resolve morally and politically. As Dr. King often said, ‘If the issue of race is not squarely debated and favorably brought to closure this nation will not survive.’ North of Dixie makes this tragic story of our nation worthy of our attention. It helps us understand the ways in which this tragedy can be addressed. This opportunity should not be missed.” —Harry Belafonte, singer, actor, and social activist

Ibram X. Kendi: Tell us a little bit about how and why you produced North of Dixie.

Mark Speltz: North of Dixie was born out of graduate school studies in which I explored the visual narrative of Milwaukee’s struggle for civil rights. After working my way through the local newspaper photograph morgue and interviewing photographers who covered the contested 1967-1968 open housing marches, I turned to the standard works on civil rights era photography and touring exhibitions for documentation of other campaigns in the North and West. It became clear that the local activism that took place in the North, West, and beyond was all but absent in the way we characterize, teach, and remember the era. The absence of pictures in common circulation convinced me that the visual story of the movement up north and beyond Dixie still needed to be told.

North of Dixie is a small effort to recast the visual narrative of the freedom struggle. I worked to bring the broad, nationwide struggle for black freedom into sharper view by highlighting lesser-known but equally inspiring stories from Los Angeles to Harlem and coast to coast. I often describe the book as a visual companion to the last two decades of groundbreaking scholarship that helped to identify the early roots of local struggles for equality and shined a light on innovative groups, inspiring leaders, and ordinary citizens.

My deliberate attempt to utilize lesser-known pictures led me to all kinds of newspaper morgues, libraries, and archives including the Library of Congress, Chicago History Museum, Wisconsin Historical Society, Schomburg Center, Getty Museum, and Getty Research Institute. I worked directly with well-known photographers, including Bob Adelman, Bob Fitch, Art Shay and Doris Derby, and viewed hundreds of unpublished works by Charles Brittin, Charles “Teenie” Harris, and Gordon Parks. It was a true pleasure to look through the lenses of so many talented photographers—including photojournalists, activists, artists, and amateurs—in an effort to create a more expansive view of how we understand and see the civil rights era.

Here are some sample images from North of Dixie, courtesy of Getty. 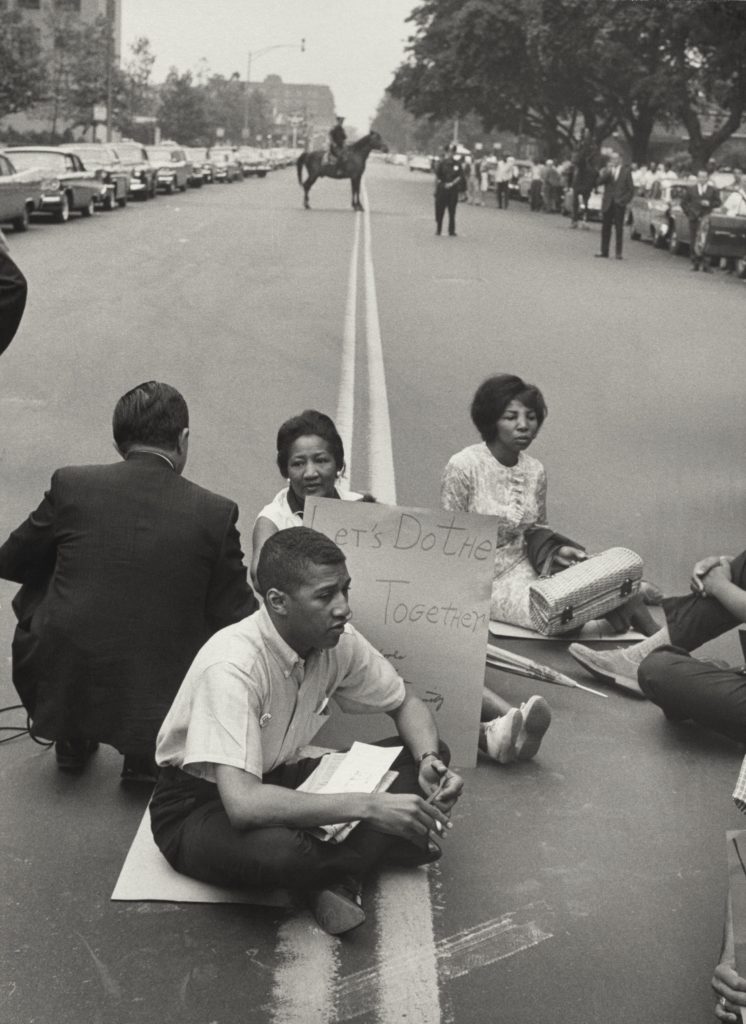 Comments on “North of Dixie: A New Book on Civil Rights Photography Beyond the South”