Over the past seventy-two hours, the Internet has been abuzz over Nate Parker’s involvement in a seventeen-year-old rape case.  Journalists have offered up public investigative reports, bloggers have written posts that included links to court documents and telephone transcripts where Parker’s early sexual life has been laid bare for judgment. Thousands of people on social media have either vilified the actor-director-writer or defended his actions.

By now, most of us know the facts about this case. In 1999, like many undergraduate and underage students, Parker, a student-athlete at Pennsylvania State University, and his roommate, Jean Celestin, were drinking and partying. They ended up engaging in sexual intercourse and raping an inebriated woman simultaneously. The Court did not find Parker guilty of rape because he proved legally that he and the young woman had engaged in consensual sex before and after the alleged rape.

What was also at stake was Parker’s claim that she was conscious during the act. Celestin, however, was found guilty of raping the freshman. He appealed the ruling and like far too many rape victims, the woman did not continue to pursue the case.  He later won his appeal.

The criminal complaint she filed provides disturbing evidence that helps to explain her inaction. In harrowing and detailed language, she described how both Parker and Celestin harassed and stalked her on campus. Her grades suffered. She withdrew from school, became anxious and suffered insomnia. Her college did very little to assist and protect her from the abuse.

As a history professor who studies systems of oppression against women and black people, I am aware of the political nature of interracial sexual assaults. I also know that voluminous studies have indicated that women have disproportionately experienced various forms of sexual abuse from men, especially those from their same racial groups.

In this case, the victim was white and she filed a complaint about two black men who raped her, one of whom was a wrestler. Because of the intricacies of racism, I was reminded of the Scottsboro Boys case from the 1930s. The legacy of anti-black racism in this country creates a milieu where black people are forced to consider the race of rape victims when black men are involved.  Typically, we do so because of the historical practice of white women who had been engaged in consensual sexual relationships with black men who falsely claimed they were raped when their relationships were revealed publicly.

This time the evidence is damning to Parker and Celestin. Our social justice movements, especially Black Lives Matter, have made terms like “intersectionality” more common and prioritized feminism and the eradication of gender inequality. The rape victim’s “whiteness” is far less problematic than the dehumanizing treatment she received from Parker and Celestin post-assault.  She experienced a campaign of terror.

Those of us who are committed to intersectional liberatory politics refuse to accept a discourse that condemns rape victims as “hoes” or allows excuses for drunk girls who “let” guys ‘run trains’ on them. In his memoir, author Nate McCall wrote about how he and his friends thought of “running trains” on local girls as a “hood rite of passage for black teenage boys.” What we understand clearly is that this act is rape. Women, who are confronted with the fear of rape since girlhood, know that their physical isolation from other women in sequestered spaces where men predominate is dangerous, scary, and can lead to their sexual violation.

When youthful naiveté, alcohol, and toxic masculinity collide, there are no winners, only losers. In the Parker case, one of his roommates confessed in court that Parker asked him to join in the sex assault with an obviously sedated woman who was slipping in and out of consciousness. He left the scene of the woman’s assault because he believed it was “wrong.” After fleeing, the other roommate did not report Parker and Celestin to authorities even after he confessed his displeasure about how the victim was treated by his roommates. His behavior illustrates what toxic masculinity does to men. It renders them unwilling to view women as full human beings. It silences otherwise intelligent beings into mute witnesses to perversion. Toxic masculinity creates the landscape for men who were “alleged” to have raped a woman, and later found guilty of rape (Celestin), to not stop their abuse and intimidation of their victim.

Penn State–home of Jerry Sandusky, who was found guilty of molesting scores of young boys and men— protected student-athletes like Parker whose role there helped the reputation and financial status of the school. Sports and athletes mattered at the university. Rape culture was something leftist academics and feminists discussed; it was not a term understood and embraced by most Americans in 1999.

The legacy of rape culture some seventeen years later is that Nate Parker still centers his pain and not that of the woman who was violated that night. Even as I attempt to use language that honors her abuse, and also fulfills the legal exoneration of Parker, I struggle with the right descriptor to employ. The American grammar book on rape does not lend itself to those who choose to center women’s abuse as opposed to the lives of their abusers. What is even less capacious than our language constraints in American rape culture is how the medicalization of rape is neither recognized nor respected as a condition of rape.  The medical exam that some rape victims undergo is the extent of their medical experiences legally. It is a procedure meant to document and store bio-material from the sexual encounter.  All rape victims deserve ongoing medical care.

Yet, according to a Variety magazine interview with the victim’s brother, his sister was unable to cope with her life post-rape and exam. She became paranoid, depressed, used mind altering drugs to self-medicate like many mentally ill persons, and was suicidal. Her psychiatrists described her as suffering from PTSD because of her rape.  She eventually committed suicide in 2012, while residing in a hospital for the mentally ill.

In light of his maturation, Parker is still ignorant of rape culture. Just last week, in a New York Times interview that touched on his 1999 rape case, Parker stated, “I talked about it publicly and I never sought to hide it. It was the most painful thing I have ever had to experience. I can imagine it was painful for a lot of people.” A week later, Parker’s Facebook post once again focused on his pain.  His critics lambasted him for prioritizing his agonies and not the young woman’s pain, especially in light of her suicide.

Parker joins a number of high-profile black male celebrities whose abuse of women is well-known. Miles Davis and James Brown have been canonized in American music despite well-known acts of abuse towards the women in their lives. Bill Cosby is currently under litigation for the sexual abuse of women dating back decades. R. Kelly maintained a successful singing and production career after his marriage to a fifteen-year old girl and the release of pornographic material of him engaging in sex with a teenager.

Perhaps Parker can and will be forgiven.  To do so, he must not focus on himself and the difficulty the rape case had on him, especially in light of the woman’s suicide. Pragmatically, he will need to end his professional relationship with Jean Celestin, the man convicted of raping the woman, and do reparative social justice work around rape culture. He has to comprehend that having sex with a woman under the influence of alcohol is not the environment for determining consent—ever. 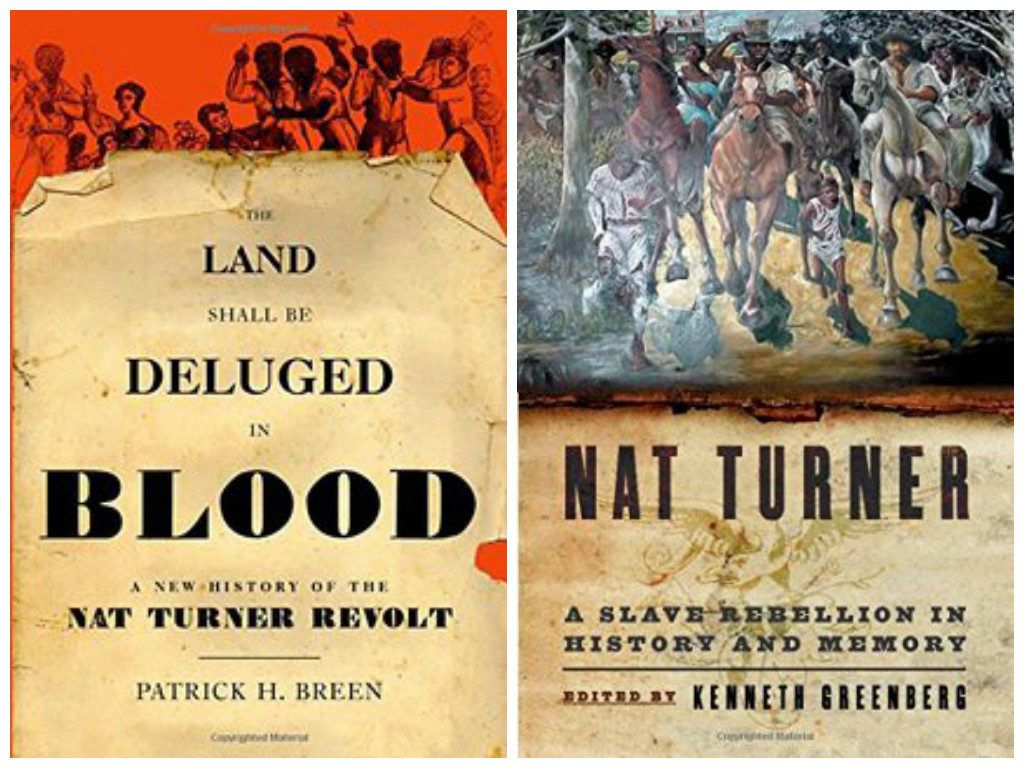 Ultimately, I cannot decide whether or not you should support Parker’s film. What I do know is that Nat Turner’s story is also contained in books that interested parties can purchase and borrow from libraries. These include Patrick Breen’s The Land Shall Be Deluged in Blood: A New History of the Nat Turner Revolt and Kenneth Greenberg’s Nat Turner: A Slave Rebellion in History and Memory.  The literary history of Nat Turner reaches back to the 1830s. Turner’s story has never been a hidden historical event.

The more pressing issues that the Parker and Celestin rape case reveal are three-fold.  First, the impact of toxic masculinity is detrimental to gender equality and our humanity. “Running trains” on girls and women is rape.  Like all rape cases it is predicated on power and control.  Second, consensual sex should always be clear to all parties involved.  Finally, scholars and researchers must do more research on the biological consequences of rape. Perhaps these are the lessons we should take away from sexual assaults in the era of Black Lives Matter.

Deirdre Cooper Owens is an Assistant Professor of History at Queens College, CUNY. She holds an M.A. in African American Studies from Clark Atlanta University and a Ph.D. in History from the University of California, Los Angeles where she also received a certificate in Women’s Studies. Her forthcoming book, Mothers of Gynecology: Slavery, Race, and the Birth of American Women’s Professional Medicine, is under contract with the University of Georgia Press. Follow her on Twitter @dbcthesis2002.