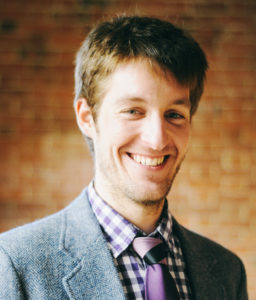 This is a guest post by Nathan H. Dize, a PhD student in the Department of French and Italian at Vanderbilt University where he specializes in Haitian theater, poetry, and revolutionary poetics during the nineteenth and early twentieth centuries. Nathan is also a content curator, translator, and editor of A Colony in Crisis: The Saint-Domingue Grain Shortage of 1789. Follow him on Twitter @formerlyfatdize

After the recent deaths of both Alton Sterling and Philando Castile shot and killed at the hands of police officers in Baton Rouge and Minneapolis, Black Lives Matter protests and marches are taking place across the country. In Asheville, NC another black man, Jerry Williams, was shot and killed on July 2, 2016. The date is reason to give pause because outside of Western North Carolina few people have heard of the death of Jerry Williams.

Details of the moments just before an Asheville police sergeant shot and killed Jerry are fuzzy and newspaper reports clash with eyewitness accounts. There was no video footage taken by bystanders and the police were not wearing body cameras. Local media has attempted to distract from Williams’s death by reporting that he was engaged in domestic violence at the time and/or that he was armed with an AR-15 rifle. Yet, one thing is consistent in eyewitness accounts of the incident: Williams ultimately put his hands in the air prior to being shot and killed.

A week after Williams’s death, on Saturday July 9, family members and grassroots organizers planned a march through downtown Asheville with the intention of raising awareness for police violence, protesting against white supremacy, and calling for justice for the family of Jerry Williams. As a participant in the march and a tourist in the public space of downtown Asheville, I was struck by the way the protest route contested the exclusionary past and present of the city center. In this post, I recreate the march, contextualizing historical spaces in downtown Asheville, drawn from signs posted around Pack Square Park.

I arrived in Asheville Saturday morning with my brother and a friend. Like many people, we were making our way to any number of the delicious downtown eateries for brunch. However, we found long lines and forty-five minute waits. We quickly scrapped our plan and waited for a burger joint to open for lunch. While we waited, we walked around Pack Square Park, named after George Willis Pack who donated the land in 1901 to build a new courthouse.

Before the end of the Civil War, slaves were bought, sold, and traded at the steps of the old courthouse. In dismantling this building, Asheville effaced the physical memory of slavery in Buncombe County. The city then erected two monuments commemorating confederate soldiers who later served as prominent North Carolina politicians, both of which remain to this day.

After walking around Pack Square Park, we joined the march that started at the Asheville Police Department. Organizers were leading chants of “End white supremacy,” “Justice for Jerry,” and “Shut it down.”

The next stop in the march took place at the foot of the memorials to Colonel John Kerr Connally and former governor Zebulon Baird Vance–soldiers who fought for the Confederate Army at the Battle of Gettysburg. Last year, the restoration of both monuments was called into question as they commemorate a history of white supremacy and slavery. Furthermore, there is only one mention of slavery at Vance Square and no engagement with the history of slavery and the Civil War.

Referring to downtown Asheville, an organizer said “this is no Lala-land, black people catch it here, and we’re tired, we’re tired [that] we can’t even participate in downtown. You know why black people aren’t downtown right now? Right here! We can’t even afford to come down here, don’t work here, we can’t even live here!” Carefully choosing her words, the organizer critiques Asheville’s urban planning and development that has historically excluded black people. It is no mistake that she specifies “right here” because the public space of Vance Square – with its boutique stores, its brunch spots, and its commemoration of racial violence – renders black life in Asheville invisible and inaccessible.

Moving on from Vance Square, the march shut down the intersection at College Street and Haywood Street. Taking over this intersection was another crucial stop because it is in close proximity to the trendy shops on Wall Street and directly in front of Urban Outfitters where many tourists often congregate. At this point in the protest, there were significant crowds watching the protest with some counter chants like “All Lives Matter.”

At the next stop, everyone gathered in front of the Wicked Weed Brewery on Biltmore Avenue. Passing numerous signs about the history of the Vanderbilt family and the Biltmore Mansion, all of which glossed over issues of race and forced labor. This was another crucial stop in the march. At the center of the circle the black women leaders of the protest gave speeches about black leaders slain for their efforts of resistance like Dr. Martin Luther King Jr., Malcolm X, and Patrice Lumumba as we stood next to a full patio at the adjacent brewpub.

Referring to the march as an occupation of white spaces, organizers verbally performed a history of global black resistance in an area typically inaccessible to black residents of Asheville. At this particular stop, the organizers introduced the protesters to Jerry Williams’s mother and daughter who stood in the center of the circle being comforted by community members.

The Just Folks Triangle Park is a tiny sliver of green space along Market Street between Beaumont and South Spruce Streets featuring a large mural portraying a chronology of African American life. Unlike the other, officially sanctioned parks in downtown Asheville, Triangle Park does not appear on Google Maps or official city maps. Triangle Park is a veritable non-place. It is also one of the few spaces in the city center that openly bares witness to the presence of black life in Asheville. In the closing moments of the rally in Triangle Park, organizers argued for the need to occupy this space as the beginning of a new chapter in the history of Asheville where black people are no longer excluded from participating in downtown.

As Black Lives Matter protests continue across the nation, there is an imperative, especially for the organizers, to localize the history of racial violence because the shooting deaths of Alton Sterling, Philando Castile, and Jerry Williams are sadly not isolated events. By making stops in front of monuments commemorating Confederate soldiers, shutting down major intersections near popular chain stores, and gathering in front of packed brewery patios, the “Justice for Jerry” march re-purposed white, privileged spaces to publicly contest white supremacy and police violence in downtown Asheville. Perhaps the occupation of spaces like Triangle Park will help orient the city towards more equitable urban planning so that African Americans can participate, once and for all, in the sights and sounds of downtown Asheville.