loading...
By Azmar Williams December 17, 2016 Comments Off on “Mothers of Pan-Africanism”: An Interview with Ashley Farmer 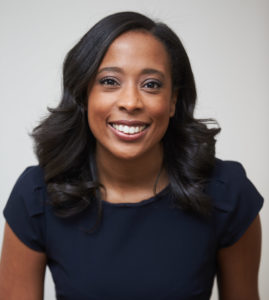 In today’s post, Azmar K. Williams, an editorial assistant of AAIHS, interviews Ashley D. Farmer about her recent article in the special journal issue on “Women, Gender Politics, and Pan-Africanism” edited by Keisha N. Blain, Asia Leeds and Ula Y. Taylor. This Fall 2016 issue of Women, Gender, and Families of Color examines the gendered contours of Pan-Africanism and centralizes black women as key figures in shaping, refining, and redefining Pan-Africanist thought and praxis during the twentieth century. Farmer’s essay, “Mothers of Pan-Africanism: Audley Moore and Dara Abubakari,” reshapes the political and intellectual trajectory of Pan-African organizing and specifies the ways in which African American women forged diasporic relationships and communities. The issue is now available in hardcopy and online through ProjectMuse and JSTOR. Readers can download the introduction of the special issue here.

Farmer is an Assistant Professor of History and African American Studies at Boston University. She is a graduate of Spelman College and holds a Ph.D. in African American Studies and an M.A. in History from Harvard University. Her manuscript, What You’ve Got is a Revolution: Black Women’s Movements for Black Power, is the first comprehensive intellectual history of women in the black power movement. The book introduces new and overlooked women activists into the history of black power, examines the depth and breath of their political and intellectual engagement, and shows the relationship between women’s gendered theorizing and the trajectory of the black power movement.

Azmar K. Williams: Please give us a summary of the main goals and arguments of your article.

Ashley Farmer: Many activists from the 1960s and 1970s revere “Queen Mother” Audley Moore and “Mother” Dara Abubakari as consummate activists and mentors. These organizers often honored the two of them together as groundbreaking leaders in the radical black political struggle. Taking this as my starting point, my goal in the article is to trace Moore and Abubakari’s intellectual and activist lives, and, in particular, pinpoint the moments in which their activism converged in order to better understand their status as movement mothers.

This investigation led me to conclude several important points about Moore and Abubakari as activists and intellectuals, and about the practice of Pan-Africanism. First, that both women played a leading role in shaping the daily practice of Pan-Africanism from the 1920s through the 1990s. Second, that their sustained practice caused them to develop an idiosyncratic interpretation of Pan-Africanism that simultaneously fit their needs as activists and spread the ideology at the grassroots level. And finally, that Moore and Abubakari, like many other women, often practiced a gender-conscious form of Pan-Africanism, or one in which they centered black women’s concerns and goals even if they didn’t always express this women-centered approach in noticeable ways. 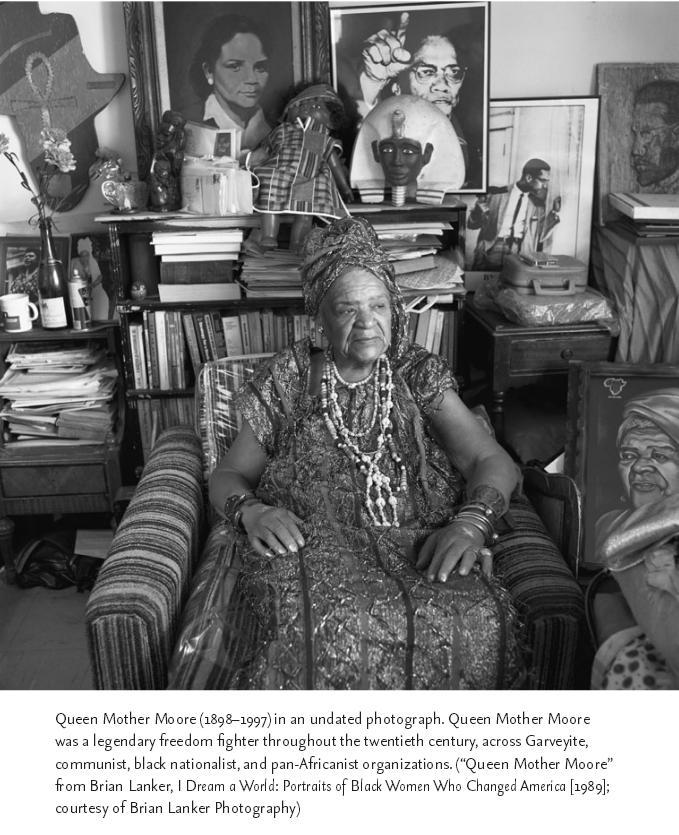 Williams: How did you become interested in the history of women and Pan-Africanism?

Farmer: I am a student of women in the Black Power Era. My examination of the ideologies, activists, and organizations of this period reveals the centrality of Pan-Africanism in activists’ lives. Indeed, it’s impossible to examine this era in all its complexity without attending to the ways in which Pan-Africanism—both as a political ideology and a form of activism—shaped it. Furthermore, studying a broad swath of black women activists shows that many of them were diasporically minded.

A constant theme among the activists that I research is the interconnectedness of black people and, in particular, of black women around the world. Women in Black Power Era organizations and circles both benefited from and contributed to activists’ collective constructions of Pan-Africanism during the second half of the 20th century. Moreover, they often found that mobilizing around the diaspora’s shared destiny allowed them to challenge patriarchal constructs within the domestic movement and move in and out of presumed masculine spaces in new and productive ways.

Williams: Can you tell us more about some of the benefits and limitations of biography as a method of history writing?

Farmer: Biography offers students of history the opportunity to visit a historical moment with their subject as a guide to the people, places, and events that shaped it. The genre can show us surprising encounters among historical actors, unlikely friends and alliances, points of intellectual congruence among groups of people, and pivotal moments in history beyond those that historians typically foreground.

However, black women’s biography, and, in particular, constructing biographies of radical black women activists, presents a different set of challenges. Due to the biases in historical record keeping, we do not have the same kinds of source material and records with which to reconstruct their lives. There is no complete manuscript or archival collection for Moore or Abubakari, for example. This presents both challenges and opportunities. On the one hand, it is more difficult to uncover their lives and influence. On the other hand, it makes every archive a potential site of recovery.

Researchers have to learn to look for the chance encounter they will have with these women in the archives—a passing mention of a speech they gave on a street corner that someone may have scribbled down, a reference to their subject holding a sign at a protest in a local newspaper that sheds light on their political commitments, or a chance meeting among activists that someone remembers in an oral interview. This is beneficial in that it can lead researchers to exciting and rare finds. It also provides opportunities for historians to challenge preconceived ideas about a given historical moment because researchers are able to come into the archive without foregone conclusions about these women’s lives.

Williams: What do you hope readers—including those unfamiliar with Pan-Africanism or African American history, more broadly—will take away from your article?

Farmer: Through learning a bit about Abubakari and Moore’s lives, I hope that readers will get a sense of the fluidity of Pan-Africanism as a political project and that black women were key progenitors of Pan-African thought. As an ideology, Pan-Africanism had to be malleable enough to fit the needs of the women who practiced it, and because it was (and remains) a flexible and adaptable frame of thought, black women from all vantage points have shaped its principles and its practice in myriad ways.

Azmar K. Williams is a doctoral student in Harvard University’s history department.  He received his B.A. from Yale University where he majored in history and African American studies.  His research interests include post-emancipation U.S. history and African American social and intellectual history. His current project examines the life and work of historian and public intellectual Albert Bushnell Hart. He is a native North Carolinian.