One of the most visible environmental justice fights this year, among countless others like Flint’s ongoing water crisis, is in North Dakota at the Standing Rock Sioux Reservation. Water protectors from across the globe have maintained a fierce resistance to the Dakota Access Pipeline. Notably, the Army Corps of Engineers recently denied a permit to complete the pipeline, and called for further study of the pipeline’s environmental impact. While the Army’s decision at this moment is a key victory in this fight, observers have noted that the environmental future remains uncertain with Donald Trump’s presidency on the horizon.

Meanwhile, there has been another environmental justice fight waged this year in Waller County, Texas, to resist the siting of a landfill close to Prairie View A & M University (PVAMU), a battle that began in 2011. Similar to recent developments in Standing Rock, the Texas Commission on Environmental Quality (TCEQ) earlier this month denied an application for a landfill permit, a decision that halts environmental destruction. While the return of the application is a clear signal of victory at this moment for residents and allies of Waller County, the project’s future remains uncertain for many of the reasons that Standing Rock’s future remains unknown.

This post encapsulates a brief history of Waller County’s landfill situation, and accents a highly relevant point of opposition in this particular environmental struggle: environmental racism.

An industrial waste company from Georgia, Green Group Holdings, recently sought a permit from the TCEQ to site a landfill only miles from PVAMU’s campus. (By point of historical comparison, Green Group owns the Arrowhead landfill in Uniontown, Alabama, in Perry County–not far from Selma–which the Black Belt Citizens Fighting for Health and Justice opposed. In an effort to blunt opposition, earlier in 2016 Green Group sued the Black Belt citizen group for slander. Robert Bullard and Beverly Wright’s 2012 book The Wrong Complexion for Protection lays out the broader history about toxic coal ash dumping in Perry County.) Between 2011 and 2015, the TCEQ considered and ultimately rejected Green Group’s first request for a landfill permit. In July 2016, Green Group reapplied to TCEQ for a new permit for an even larger landfill at the same site. The TCEQ held a public hearing on the evening of October 25, 2016, at Waller County’s Hempstead High School. The five-hour hearing included statements from a racially and ethnically diverse cross section of community members, including PVAMU alumni and PVAMU students, who unanimously opposed the landfill on the grounds of health, soil, water, traffic, and a local city ordinance against landfills, among many other reasons. These factors are all important in opposition to the landfill; however, one of the clearest planks of resistance deals with environmental racism.

Opposition to Green Group’s landfill proposal on the grounds of environmental racism relates to the work of environmental justice activist Benjamin Chavis, who defines environmental racism as “the deliberate targeting of people-of-color communities for hazardous waste facilities, such as landfills and incinerators, and the siting of polluting industries. [Environmental racism] is racial discrimination in the official sanctioning of the life-threatening presence of poisons and pollutants in communities of color. One of the responsibilities of the Civil Rights Movement is to define the postmodern manifestations of racism. We must not only point to overt forms of racism but also to institutionalized racism.”

The intentional siting of industrial waste facilities in close proximity to Black and Latino/a communities is not an isolated practice. Scholars and experts, including Dorceta Taylor, Robert Bullard, Rubin Patterson, Ellen Griffith Spears, Dianne Glave, Camille Dungy, and Carolyn Finney, to name only a few, along with a recent issue of The Black Scholar, have documented the long history of how industries and lawmakers target communities of color for waste and chemical facilities. Historic racial justice organizations such as the Black Panther Party, which began in Oakland 50 years ago, included environmental justice demands in its philosophy that connected racial justice with economic equality. Organizations such as Black Lives Matter (e.g., the Restorative Justice and Unapologetically Black in BLM’s Guiding Principles), and The Movement for Black Lives center environmental justice as a core value and political platform (e.g., point #5 under the Invest-Divest platform, point #3 under the Economic Justice platform).

In addition, the recent statement from the UN Working Group of Experts on People of African Descent fashions health and well-being as environmental justice issues. Thus, the Waller County Landfill is not only a local issue; the matter of environmental justice is also of national and international concern. The point of these historical and contemporary references is this: the landfill that Green Group proposes to site in Waller County conforms to historic practices of environmental racism carried out with a toxic precision. 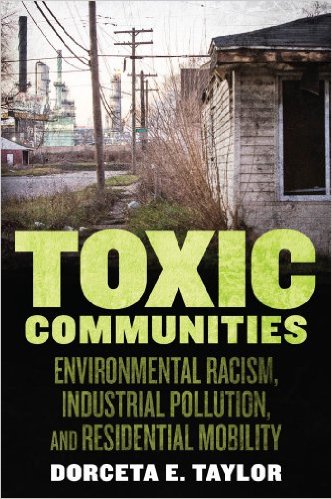 At landfill hearings in Waller County, Green Group has countered accusations of environmental racism by saying that a landfill and associated waste practices would bring 20-25 jobs to the area. However, landfill jobs require employees to work in close proximity to toxins and pollutants that expose people to a multiplicity of health problems. Furthermore, it is not certain that medical facilities in Waller County are equipped to deal with the wide array of health issues landfill pollutants create. Landfill jobs would place additional health and financial burdens on residents who live in close proximity to industrial waste facilities.

This is a catch-22 like situation that environmental sociologist and Texas Southern University professor Robert Bullard calls environmental job blackmail. “Environmental job blackmail is a fact of life,” Bullard states, “You can get a job, but only if you are willing to do work that will harm you, your families, and your neighbors.” Bullard’s comments add further confirmation that the actions of Green Group in Waller County, along with their legal, political, and regulatory collaborators are at their core obscene, unjust, and patently racialized. Bullard’s observations also suggest that the survival and quality of life in Black and Latino/a communities indelibly concerns the survival of everyone. 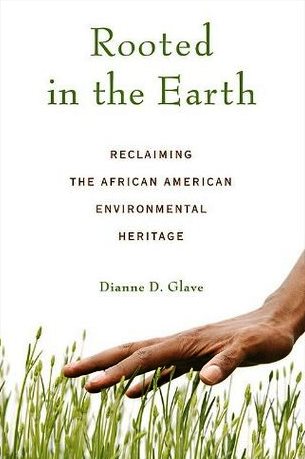 The fact that Georgia is home to Green Group’s headquarters beckons a final historical observation. Between 1882 and 1968, statistics compiled by Tuskegee University documented over 4700 lynchings in the United States. The majority of these lynchings took place in the South. Nearly three-fourths of lynch victims were Black, and the largest number of lynchings took place in Mississippi (581), Georgia (531), and Texas (493). Georgia, in other words, had one of the highest rates of lynching in U.S. history. While those associated with Green Group do not appear to be in the possession of ropes like many in Georgia once carried, their actions seek to place an economic and environmental noose around the necks of those in Waller County, replicating the severity of Georgia’s nineteenth-century lynchers. Today, the pernicious reality of racism does not always visibly parade about with white hoods nor find expression in the form of burning crosses. Rather, white supremacy today wears designer clothing and resides in a multiplicity of institutional forms and continues to rear its ugly head in forms of economic privilege such as environmental job blackmail and environmental racism.

The recent denial of permits related to Standing Rock and Waller County offers renewed hope for the future; however, a grim environmental forecast precedes Donald Trump’s January inauguration. While the future remains unclear at this moment, there is a point of certainty: Resistance to environmental racism, yet another point of connection between Standing Rock and Waller County, requires foresight, hindsight, vigilance, organization, connection, and collaboration. Insurgent strategies and a united front have and must continue to demolish and bury the insidious practice of environmental racism. Our collective future depends on it.

Phillip Luke Sinitiere is a scholar of American religious history and African American Studies. At present, he is at work on a biography of James Baldwin for Rowman and Littlefield’s Library of African American Biography series. Visit his website here.

Comments on “From Standing Rock to Waller County: Repression, Resistance, And Environmental Justice”