loading...
By Lisa A. Monroe October 24, 2016 Comments Off on Making the American Syllabus: Hashtag Syllabi in Historical Perspective 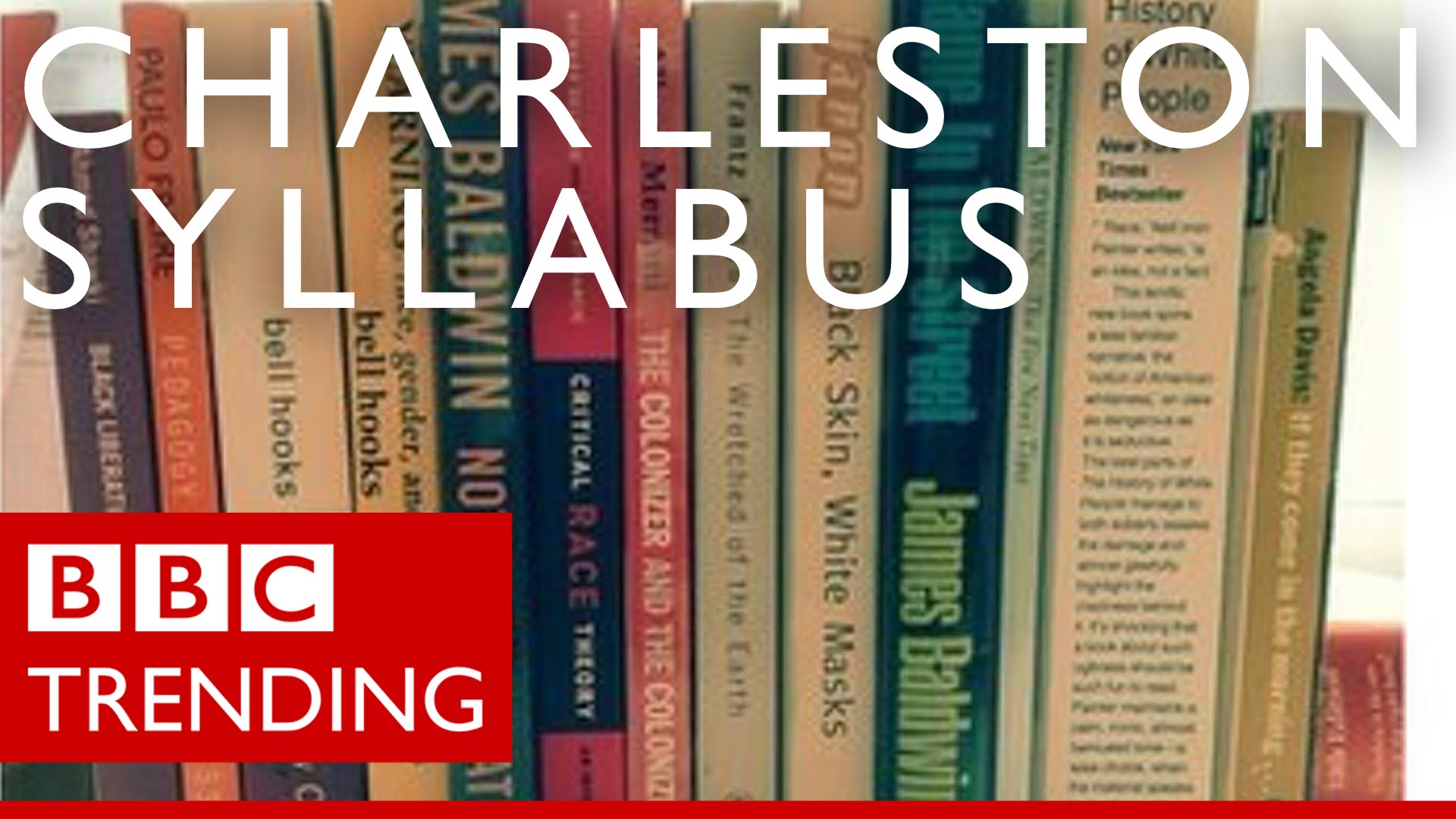 Hashtag syllabi such as #FergusonSyllabus and #CharlestonSyllabus assemble critical intellectual resources and promote collective study both within and outside of the academy during this moment of heightened racial tension. The intellectual intervention of these resource lists, primarily initiated by African American scholar-activists, is necessitated by the systemic deficiency of racially inclusive content in America’s public school and university curricula. This effort to identify racially-centered intellectual resources in 2014 is an extension of self-education practices that African Americans have pursued for more than a century.

The desire for collective literary study among African Americans increased in the last decade of the nineteenth century in response to intensified racial hostility, discrimination, and outright anti-black violence following Reconstruction. Activist members in literary societies such as the American Negro Academy, the Bethel Historical and Literary Society and the Woman’s Era Club conscientiously read black texts and engaged in literary production to counter the onslaught racist images and characterizations that defined black identity in the white imagination.

While membership in literary societies varied from single-gender to mixed gatherings of men and women, my focus here emanates from insights I made while studying the reading selections of the Women’s Twentieth Century Club, a black women’s club founded in New Haven in 1900, as part of a larger project I began in 2013 examining African American self-education practices.1

As I identified books, speeches and other materials the New Haven women read to examine race, gender, and political issues of their day, comparisons came immediately into focus for me: the new hashtag syllabi were produced under social conditions and for purposes similar to those shaping the New Haven club’s reading list.

During the last decade of the nineteenth century, white southerners, resentful of the social and material gains African Americans made, unleashed Jim Crow discrimination and violence and terror against black people. Black women’s clubs played a significant role in stimulating political consciousness and literary production among its members during this devastating period of racial discrimination and social oppression known as the nadir.

In protest of these conditions, intellectual activism within the Black women’s club movement was launched through public addresses, newspaper columns, articles and books produced by educated and elite black women such as anti-lynching crusader Ida B. Wells-Barnett, Boston newspaper publisher and socialite Josephine St. Pierre Ruffin, and the Oberlin educated Mary Church Terrell and Anna Julia Cooper, among many others. In 1892, Cooper expressed her view that black women’s progress was integral to the progress of the entire black race, asserting, “only the black woman can say, when and where I enter, in the quiet, undisputed dignity of my womanhood…then and there the whole Negro race enters with me.”

Terrell, Ruffin, Fannie Barrier Williams, and other women of elite status and often of mixed racial background, joined with white women’s organizations in charitable causes and suffrage efforts. Nonetheless, they were not immune to the sting of white women’s racism. Terrell, highly educated and wealthy, urged unity across class lines, saying black women “fortunate enough to have education…must go into our communities and improve them. Above all, we must organize ourselves as Negro women.” Working as speakers, writers, educators and advocates, these pioneer women defended the black woman and in the process produced a body of work that remains central to race and gender analysis today.

The present moment, characterized by acute social disparities between blacks and whites in income, health and rates of incarceration of black citizens, has exacerbated racial strife. The killing of unarmed black teenager Michael Brown by white police officer Darren Wilson in August 2014 awakened America to a pitch of racial bigotry flung so far beyond quality of life issues as to question the basic right of black people to exist.

Embracing the social media hashtag, contemporary African American scholars demonstrate a shared impulse with their nineteenth century predecessors to employ intellectual activism to uplift the race under dire social conditions. Marcia Chatelain, Chad Williams, Kidada Williams, Keisha N. Blain and others express similar goals: to arm educators and parents with resources to discuss current social conflicts, to provide historical contexts for racial terrorism and for academic activism, and to empower people in and outside of the classroom to take informed action however they may choose. Seeking to read strategically in order to gain historical context for the oppression and racial violence levied against black people, they also share goals with the Women’s Twentieth Century Club in New Haven.

Please share reading suggestions for the #CharlestonSyllabus with @AAIHS. All suggestions are being uploaded to our website. More soon.

Significantly, the New Haven club and contemporary activists read similar or even the same sources. The Twentieth Century Club read their contemporary, Ida Wells-Barnett, whose accounting of lynchings in Red Record (1895), is included in the Charleston Syllabus. Club members read Charles Chesnutt’s The Marrow of Tradition, a resource appearing on the #BaltimoreSyllabus. Each hashtag syllabus noted here identifies resources discussing racial injustice on the local level. The New Haven club also read local and statewide historical profiles of racial injustice. They read about the racial violence white mobs visited upon Prudence Crandall, a white Canterbury teacher, who dared to teach “little misses of color,” and a profile of the Amistad captives, who were held in New Haven and educated for a time before legal victory allowed them to return to Sierre Leone.

In other cases, the messages of nineteenth century women activists echo broadly in social expressions of race and gender empowerment voiced today. In 1895, when a white Missouri journalist called black women prostitutes and liars, an outraged Josephine Ruffin issued a national call for black women to “confer together” in Boston—essentially to get into formation to defend their honor. The gathering resulted in the first national federation of African American women. Ruffin’s sentiment resurfaced in February of this year during the Superbowl half-time show in Beyonce’s unabashed performance of “Formation”: “Okay, ladies, now let’s get in formation, cause I slay / Prove to me you got some coordination, cause I slay.”

This theme of collective black women’s social activism was on display again in April when black women activists in Chicago donned “Formation” costume and shut down traffic to protest the multi-million dollar NFL draft taking place in their city while public schools were facing severe cuts.

In the mid-nineteenth century, writer and suffragist Frances Harper inaugurated the period of women’s activism in her speech declaring “the woman’s era.” In 2013, community organizers Alicia Garza, Patrice Cullors, and Opal Tometi declared that “black lives matter.” As Harper’s “woman’s era” supported women’s activism in the nineteenth century, “black lives matter,” as Garza defines it, serves as “an ideological and political intervention,” specifically in the present moment, to oppose the systematic killing of black lives in the 21st century. In August, leaders in the Movement for Black Lives (M4BL) presented a list demands for social reform that include community control of public school curricula.

This issue was also raised during a Northeastern convention hosted by the Women’s Twentieth Century Club in August 1903. Mrs. M. C. Simpson, noting the curricula discussion at the National Education Association convention in July, said to the grand body of women assembled in New Haven, “we should conceive some feasible plan to suggest to the Government of these United States a curriculum whereby they could chastise their own lawless children (better known as lynchers)….”2. Simpson’s remarks deftly tie the unchecked racial violence by white racists, “better known as lynchers,” to a U.S. public education curriculum that lacked an honest examination of America’s racial history, not only for the benefit of African Americans but also for white Americans.

In another consideration of curriculum, the Twentieth Century Club read Gertrude B. Mossell’s magnum opus, The Work of the Afro-American Woman (1894) in which Mossell implicitly endorses a black studies curriculum, saying, “the race has built up a literature of its own that must be studied by the future historian of the life of the American nation.” Mossell’s analysis speaks to the self-affirming capacity of literature, the power of education to aid self-reflection, and to liberate the Afro-American from a diminished vision of himself. At the end of a chapter, she includes a resource list of more than 50 historical and contemporary recommended black texts for study.

In their practice of studying black texts, the New Haven women educated themselves about the reality of America’s racial history through the prism of both race and gender. They drew upon the black literature that Mossell suggested “must be studied by the future historian” in order to understand the history of the United States. In so doing, the New Haven women affirmed that their intellectual lives mattered.

Scholar-activists who have initiated #FergusonSyllabus, #CharlestonSyllabus, #BaltimoreSyllabus, and similar intellectual efforts are among the historians who Mossell envisioned would teach America about its complex racial heritage. Hashtag syllabi represent the “feasible plan” Simpson called for more than a century ago to teach all Americans about the nation’s racial history–as we strive to make a more perfect narrative of our union.

Lisa A. Monroe is an independent researcher in New Haven, CT. Her research interests include curriculum studies and community-based education practices; history of education and African American intellectual history; canon-formation; rhetoric and composition studies. She holds an M.L.A. degree from The Johns Hopkins University. She is a senior administrative assistant in the African American Studies Department at Yale University. Follow her on Twitter @nowrisebooks.