In today’s post, I sit down with Professors Quito Swan and Glenn Chambers to discuss their book series on the African Diaspora for Michigan State University Press. Named after the late Dr. Ruth Simms Hamilton, the book series highlights the global experiences and dynamic dimensions of peoples of African descent. It maps their historical and contemporary movements, speaks from their radical (unique) narratives, and explores their critical relationships with one another. By exploring Afrodescendants within their particular and broader sociocultural, historical, political, and economic contexts, it contemplates similarities, difference, continuity, and transformation. 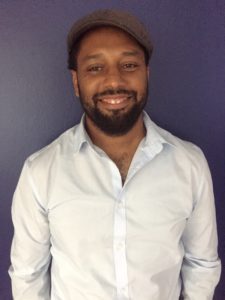 Quito Swan is Associate Professor of History at Howard University. His first book, Black Power in Bermuda and the Struggle for Decolonization (Palgrave Macmillan, 2009) focused on Black Power, Bermuda and anti-colonialism in the West Indies. His current research project is entitled Pauulu’s Diaspora: Black Power, Crossroads and Sustainable Revolution. It is essentially a political narrative of the twentieth century Diaspora anchored by the enigmatic escapades of Roosevelt ‘Pauulu’ Browne, a world-renowned Pan-Africanist and United Nations expert on sustainable development. His areas of expertise include Black internationalism, Black Power and decolonization across the Americas, Africa and the South Pacific. 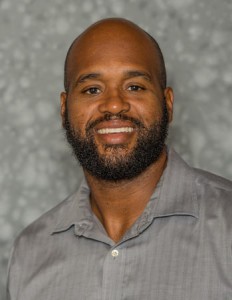 Glenn Chambers is Associate Professor of History and the Director of the African American and African Studies Program at Michigan State University. His research intersects with the histories of colonialism (in the Caribbean), labor, nationalism, race relations, and immigration/migration.  His book Race, Nation, and West Indian Immigration to Honduras, 1890-1940 (Baton Rouge: Louisiana State University Press, 2010) focuses on the role of West Indian labor migration to Honduras in the late nineteenth and early twentieth century in shaping the identity discourse of the nation as it relates to broader notions of blackness. His current research project, tentatively titled From the Banana Zones to the Big Easy: Honduran Immigration to New Orleans and Changing Perceptions of Race and Place in a Divided City, 1910-1945 continues in this vein and explores West Indian and Afro-Latino (Central American) immigration to New Orleans in the early twentieth century and their integration and adjustment into a highly racialized Jim Crow New Orleans. 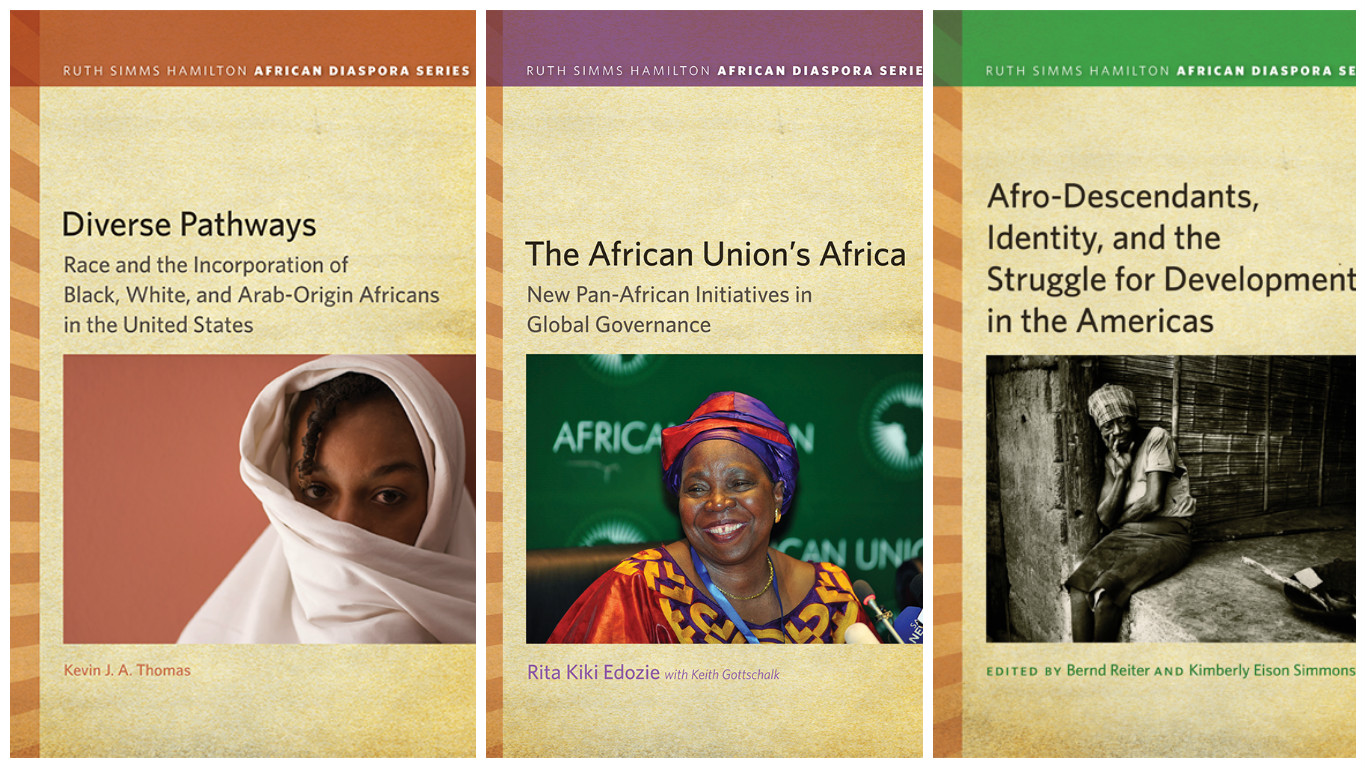 Keisha N. Blain: Over the last several years, the field of African Diaspora Studies has been gaining increasing momentum. Tell us more about some of the current trends in the field. What are the key issues and concerns that scholars are currently addressing?

Quito Swan: The African Diaspora continues to grow as a field in some exciting and innovative ways. There is an increasing awareness of the experiences of the Diaspora beyond the Anglophone world. For example, there is significant interest in the global dynamics of Black Power, Black women’s internationalism, the Universal Negro Improvement Association (UNIA), and the Diaspora beyond the framing of the Black Atlantic. Scholars are increasingly looking towards Diasporas east of Africa—to Asia, for example. This is also reflected in an emerging body of critical work that examines Afro-Asian relationships. While this can be seen as the field’s development in new directions, in some ways it is also a return to the source—from its inception, the African Diaspora was conceptualized as a global phenomenon that included Asia.

Blain: Your own research captures the depth and complexity of African Diaspora Studies. Tell us more about your current research projects. What are some of the main concerns and/or questions that you’re addressing in your new projects?

Swan: I am currently working on two major projects. The first is entitled Pauulu’s Diaspora: Black Power, Global Crossroads and Environmental Justice. In this book, I demonstrate how black communities across the Atlantic, Indian and Pacific Ocean worlds were engaged in constant political dialogue across the twentieth century. The book is a political narrative of the twentieth century Diaspora, told through the lens of Pauulu Kamarakafego. Also known as Roosevelt Browne, Kamarakafego was a Pan-African organizer from Bermuda and an ecological engineer by profession. The Black world was not only connected via spaces typically regarded as hubs of black internationalism—Harlem, London and Paris—but also through spaces such as Bermuda’s Hamilton, Fiji’s Suva and Kenya’s Nairobi. This book not only demonstrates the global scope of Black Power, but also how environmental justice was part of its framing.

The second book project looks at Black internationalism in the South Pacific, particularly in the era of decolonization. It explores how black and brown women and men of the Pacific intentionally forged political relationships with the wider black world, engaging the ideas of Black Power, Negritude, Black Nationalism, Civil Rights, Pan-Africanism and liberation theology. I recently received an American Council of Learned Societies Frederick Burkhardt residential fellowship for the project. This will allow me to do a year of research and writing at the Harvard Radcliffe Institute for Advanced Study. The aim of this work is to highlight the political experiences of the “Black Pacific,” which is arguably the African Diaspora’s most marginalized region in terms of scholarship.

Glenn Chambers: I am currently working on two projects.  The first one, which is almost complete, focuses on the immigration of Central Americans of West Indian and Afro-Latin@ descent to New Orleans, Louisiana and the broader Gulf Coast from the 1910s through World War II. In many ways, it builds on my first book on West Indian immigration to Honduras.  The study examines how these groups integrated into New Orleans and Gulf Coast life and negotiated their distinct historical, cultural, and racial identity in the Jim Crow South. Central to this study is the role of violence in shaping Central American nationalism, particularly its modern origins in the anti-immigrant and anti – black labor movements that developed in the banana enclaves of the region during the early twentieth century. It was this anti-black violence that forced many Afro-descendants to cities such as New Orleans.  However, once in New Orleans, they had to confront the racial realities of the United States that marginalized them in different ways. In addition to this project, I am also working on a monograph that explores the African elements of Black Creole identity in Southern Louisiana and its connections to larger discourses on blackness and creolité in the Afro- Francophone world.

Blain: Tell us more about your book series—the Ruth Simms Hamilton African Diaspora series at Michigan State University Press. When did it begin? What are the main goals and/or themes of the series? What kind of projects are you looking for?

Swan: The series is wonderful. It’s an honor to be part of a project with the namesake of Ruth Simms Hamilton, who was a giant in the field of African Diaspora Studies. Glenn asked me to come on board as a co-editor in the spring of 2015—he’s an amazing colleague. MSU Press has a great reputation for producing quality publications. We have a strong, talented and diverse board of scholars and staff that support the publication process from book proposal to book in hand. Glenn and I are very interested in publishing cutting edge studies that explore the African Diaspora in unique and fresh ways. We are interested in producing a broad and interdisciplinary range of monographs. Some of our current authors are writing on Black internationalism, gender, Black Power, the Francophone world, and new African Diasporas.

Blain: Tell us more about what we can expect to see in your book series over the next year or two? Are there any specific books you would like to highlight?

Swan: The next book that we are releasing is Seth Markle’s A Motorcycle on Hell Run: Tanzania, Black Power and the Uncertain Future of Pan-Africanism, 1964-1974. This is an excellent book, by a very talented scholar. The book is about Diaspora and Black Power in Tanzania. It discusses the experiences of various black travelers, such as the iconic Robert F. Williams in Tanzania. Seth demonstrates how Tanzania emerged as a key political site for black activists and intellectuals during the era of Black Power.

Blain: What advice would you give to prospective authors who are writing books in the field of African Diaspora Studies? For those who are interested in publishing a book in your series, what should they keep in mind as they finalize their book proposals? What is the formal submission process?

Swan: What I would say is be confident in your work. Believe in your project. Be clear about how your work contributes to or expands a Diaspora framework, and try to write in your voice. I would say that for those transforming their dissertations into book manuscripts, be clear about how the book is different from the manuscript. For authors interested in working with us, I would suggest first sending us an email briefly— about 500 words—describing your project. If it seems like a good fit for our series, we will ask you to fill out our online author questionnaire, and send the completed form to us with 1-2 sample chapters.

Chambers: I would cosign what Quito said.  I would also add that in addition to being confident about your work, make sure that the research is solid and can stand up to peer review. One of the best ways to do this is to have someone you trust interrogate the manuscript before you send it out to a publisher.  The more rigorous the research and writing is prior to submitting the manuscript, the easier the process will be once it reaches us at the series.