loading...
By Erica Williams October 2, 2017 Comments Off on Intersectional Health Equity in Brazil: An Interview with Kia Lilly Caldwell 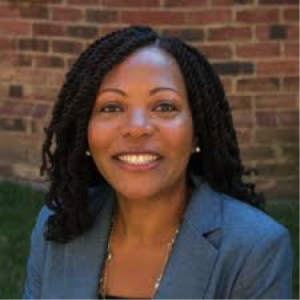 In today’s post, Erica L. Williams, an Associate Professor of Anthropology at Spelman College, interviews Kia Lilly Caldwell about her new book, Health Equity in Brazil: Intersections of Gender, Race, and Policy, recently published by the University of Illinois Press. Kia Lilly Caldwell is Associate Professor in the Department of African, African American, and Diaspora Studies at the University of North Carolina at Chapel Hill. She earned her PhD in anthropology from the University of Texas at Austin. Her first book, Negras in Brazil: Re-Envisioning Black Women, Citizenship, and the Politics of Identity in Brazil, was published by Rutgers University Press in 2007. She is also the co-editor of Gendered Citizenships: Transnational Perspectives on Knowledge Production, Political Activism, and Culture, which was published by Palgrave MacMillan in 2009. Follow her on Twitter @KiaLCaldwell. 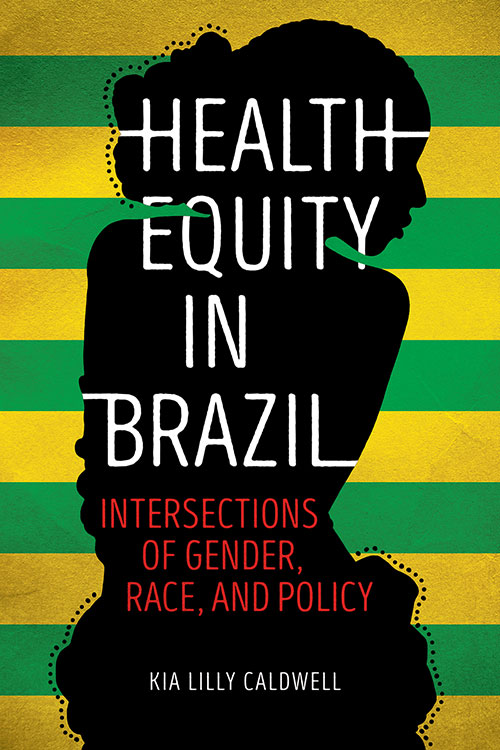 Erica L. Williams: I found this book to be very interdisciplinary and deeply historical in its reflections on the history of Brazil from the military dictatorship, to the health activism beginning in the mid-1980s, to the passing of race-conscious policies in the early 2000s. Could you discuss the genesis of this project?

Kia Lilly Caldwell: Yes, this is such a great question and it definitely was a journey! Like my first book project, this book has turned out very differently from what I first envisioned. I was interested in black women’s activism and black women’s reproductive health when I was a graduate student in the early to mid-1990s, but not much research was happening on these issues at the time in Brazil. I changed directions at that point in my career, but these questions have stayed with me. I started research for the book in 2007 and I initially thought I would do a comparative project that looked at black women and HIV/AIDS in Brazil and in the US. That’s not what this book turned out to be! One of the main reasons why I didn’t feel I could do a comparative study was because there wasn’t a lot of research on HIV/AIDS in the black community in Brazil. So many things the book touches on are barriers to doing racial health disparities research in Brazil, like the lack of data.

I definitely agree that the book is interdisciplinary, which is both positive and negative. It can be a challenge when one is doing research and drawing from various fields. I felt that an interdisciplinary approach was really essential to examine the issues that affect women’s health, the health of the black population, and black women’s health in Brazil, as well as how health policies have developed over the past 30 years. While I didn’t plan to write a history of feminist health activism in Brazil, that ended up being the first chapter because I felt that the groundwork really needed to be laid, and I didn’t find it anywhere else in the literature. Also, in my analysis of feminist health activism, I was really interested in making sure black women were acknowledged as part of that effort.

As a scholar and teacher in the field of African Diaspora studies, I’ve come to realize that interdisciplinarity is essential to understanding black people’s experiences in the diaspora because people don’t live their lives in the categories that we establish as scholars. History is not so separate from the present day for people of African descent—the legacies of slavery, the legacies of Jim Crow in the US, and so forth. Also, I think because African diaspora communities have historically been underrepresented, misrepresented, and invisible in scholarship, we need to use all the tools we can to understand their experiences.

Williams: Your research took place over a long period of time, in various Brazilian cities, and it focuses on multiple issues, such as activism around abortion, female sterilization, maternal mortality, sickle cell anemia, HIV/AIDS, etc. How did the multi-sited and multi-issue nature of your project impact your methodological choices and your research and writing process?

Caldwell: I’ve used a “follow the activists and the issues approach,” so I didn’t set out to do the research in one specific place. I ended up visiting multiple cities where black women’s organizations were—for example, places like Porto Alegre, which I had never visited prior to this study. I went there for the first time in 2007 and learned of two black women’s organizations that I wasn’t familiar with—ACMUN and Maria Mulher. It turns out that Maria Mulher was founded in 1987, a year before Geledés, but Geledés is often focused on as the oldest black women’s NGO in Brazil. It was interesting to learn about these organizations in southern Brazil, which has a smaller black population and historically hasn’t gotten as much attention in the research. The study ended up being multi-sited because so many initiatives were taking place in different parts of country, and it is such a large country. Salvador came into the picture because of the activism there and because of the Program to Combat Institutional Racism. Also, I was interested in seeing how racial health disparities were being discussed and addressed in a predominantly black city. Brasília was also important because of the federal policies that were developing there and all the federal ministries located there. SEPPIR, which is the Secretariat for Racial Equality policies, was formed in 2003 within the federal government.

Williams: How do you define the concept of health equity and how does it differ from health inequalities or disparities?

Caldwell: There is a justice component to health equity. There are not just differences—there is something causing these differences that researchers and health professionals feel could be changed to improve health outcomes. It’s the justice piece that’s really important. In Brazil, there is not an established tradition of health disparities research. It has been developing over the past 20 years or so, and black women health activists were some of the first to start documenting health differences and their concerns about things like forced sterilization. Geledés published two dossiers on health in the mid-1990s before researchers really paid attention to health disparities. One of the goals of the book is not just to point out the problems, but to offer possible policy approaches or ways of thinking about health in Brazil that can lead to better outcomes, especially for black women, whether it’s maternal mortality, HIV, or just bringing greater visibility to black women and health.

Williams: The concept of intersectionality is central to this book, both in your approach and analysis, and in the work and activism of the black women health advocates it features. Why was it important for you to ground this work with intersectionality?

Erica Williams is an Associate Professor in the Department of Anthropology at Spelman College with interdisciplinary interests in Women’s and Gender Studies, Latin American Studies, and African Diaspora Studies. Her areas of expertise is on of race, gender, sexuality, tourism, and black feminist activism in Brazil. She is the author of Sex Tourism in Bahia: Ambiguous Entanglements (University of Illinois Press, 2013). Follow her on Twitter @EricaLWilliams7.