loading...
By Julie Hawks November 18, 2017 Comments Off on Chocolate City: A New Book on Race and Democracy in Washington, D.C.

This post is part of our blog series that announces the publication of selected new books in African American History and African Diaspora Studies. Chocolate City: A History of Race and Democracy in the Nation’s Capital was recently published by The University of North Carolina Press. 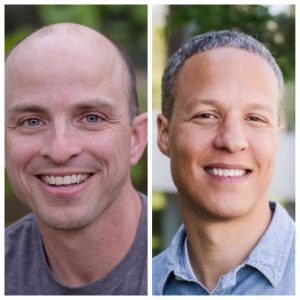 The authors of Chocolate City are Chris Myers Asch and George Derek Musgrove. Asch is a graduate of Duke University with a Ph.D. from the University of North Carolina. He taught with Teach For America in the Mississippi Delta and co-founded the Sunflower County (Mississippi) Freedom Project in 1998. He is the author of The Senator and the Sharecropper: The Freedom Struggles of James O. Eastland and Fannie Lou Hamer (The New Press, 2008). He is the Editor of Washington History magazine and teaches history at Colby College part-time while running the Capital Area New Mainers Project. He and his wife have three children. Follow him on Twitter @chrismyersasch.

Musgrove is an Associate Professor of history at the University of Maryland, Baltimore County. He is the author of Rumor, Repression, and Racial Politics: How the Harassment of Black Elected Officials Shaped Post-Civil Rights America (University of Georgia Press, 2012) and a number of popular and scholarly articles on post-civil rights era black politics and Washington, D.C. He received his Ph.D. in U.S. history from New York University in 2005, and lives with his wife and two sons in Washington, D.C. Follow him on Twitter @gdmusgrove. 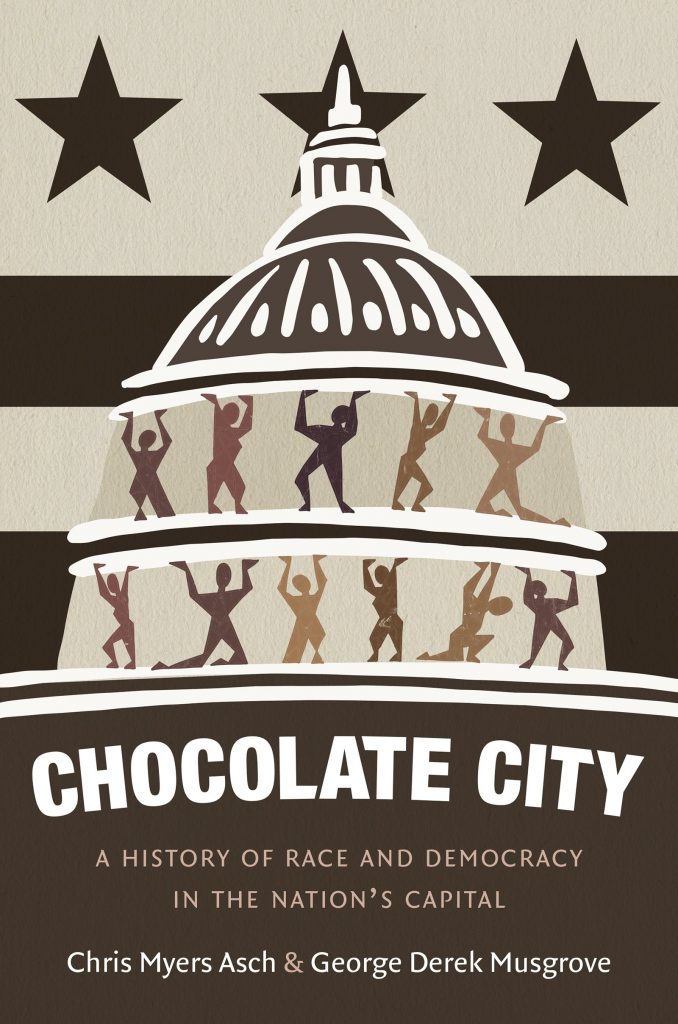 Monumental in scope and vividly detailed, Chocolate City tells the tumultuous, four-century story of race and democracy in our nation’s capital. Emblematic of the ongoing tensions between America’s expansive democratic promises and its enduring racial realities, Washington often has served as a national battleground for contentious issues, including slavery, segregation, civil rights, the drug war, and gentrification. But D.C. is more than just a seat of government, and authors Chris Myers Asch and George Derek Musgrove also highlight the city’s rich history of local activism as Washingtonians of all races have struggled to make their voices heard in an undemocratic city where residents lack full political rights.

Tracing D.C.’s massive transformations–from a sparsely inhabited plantation society into a diverse metropolis, from a center of the slave trade to the nation’s first black-majority city, from “Chocolate City” to “Latte City”–Asch and Musgrove offer an engaging narrative peppered with unforgettable characters, a history of deep racial division but also one of hope, resilience, and interracial cooperation.

For too long the District of Columbia has lived in the shadows of the White House and the Mall. Chris Myers Asch and George Derek Musgrove have finally brought the city, its inhabitants, and its history into the light. In lively, eloquent prose they unearth a legacy of native dispossession, slavery, freedom, rebellion, civic elites and alley-dwellers, civil rights and black power, and disfranchisement in the seat of democracy. Above all, they powerfully demonstrate that the story of Chocolate City is quintessentially the story of the United States of America.–Robin D. G. Kelley, author of Hammer and Hoe

Chris Myers Asch and George Derek Musgrove: When we first embraced the idea of writing a book together, we thought we went in with our eyes open. People warned us of horror stories about writing partnerships gone bad: the friendships destroyed, the books unpublished, the enduring bitterness. So we steeled ourselves and worked our way through the typical problems one might expect in a writing partnership – how to balance the work, how to keep one writing “voice” with two authors, and how to meet deadlines.

But the greater challenge was how to deal with life itself. Like many of our peers, male and female, we struggled to find time for our professional lives without sacrificing our families. Though we are dedicated historians and teachers, we also are human beings with identities and responsibilities beyond our work. Both of us have young children, and neither of us wanted to neglect being good fathers and husbands simply to write a book. After we launched this project, our families grew, we changed jobs, we bought and rehabilitated beat-up old houses. When his third child was born, Chris left full-time work to be a stay-at-home dad, writing only before 7am, during naptime, and after 8pm, when the kids were asleep. Derek juggled fatherhood and a new, tenure-track position at the University of Maryland-Baltimore County. Sick children, household responsibilities, and school obligations intervened repeatedly in the writing process.

At times the demands became too much. For a duration, Derek had to stop writing almost entirely, leaving Chris to solider on through the city’s 19th century history alone. But we remained committed to each other and to this project. Overcoming life’s challenges required open, honest communication, humility, and abundant patience, with each other and with the writing process itself. Six years later, we have emerged with a book ready to publish and our friendship intact. We are as proud of the latter as we are of the former.