loading...
By Ibram X. Kendi April 15, 2017 Comments Off on Colored No More: A New Book on Black Womanhood in Washington, D.C.

This post is part of my blog series that announces the publication of selected new books in African American History and African Diaspora Studies. Today is the official release date for Colored No More: Reinventing Black Womanhood in Washington, D.C., published by the University of Illinois Press. 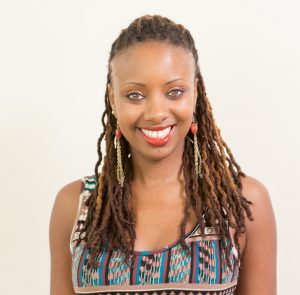 Professor Lindsey is also the recipient of several awards and fellowships from the Woodrow Wilson Foundation, the Social Science Research Council, the Andrew W. Mellon Foundation, Emory University, the National Women’s Studies Association, the Coca Cola Critical Difference for Women Grant, and the University of Missouri. Professor Lindsey is the inaugural Equity for Women and Girls of Color Fellow at Harvard University (2016-2017). During this fellowship, she has been working on a book project tentatively titled, Hear Our Screams: Black Women, Violence, and The Struggle for Justice. She is also the co-editor of a forthcoming collection on the future of Black Popular Culture Studies with New York University Press. Follow Professor Lindsey on Twitter @divafeminist. Home to established African American institutions and communities, Washington, D.C., offered women in the New Negro movement a unique setting for the fight against racial and gender oppression. Colored No More traces how African American women of the late-nineteenth and early twentieth century made significant strides toward making the nation’s capital a more equal and dynamic urban center.

Treva Lindsey, in Colored No More, is as bold as the women about whom she writes. Fresh research, illuminated by feminist theory, reveals how ‘New Negro Womanhood’ became a framework through which African American women developed modern identities. The politics of respectability confront the politics of pleasure in this outstanding study. —Martha S. Jones, author of All Bound Up Together: The Woman Question in African American Public Culture, 1830-1900

Ibram X. Kendi: Tell us a little bit about how you produced this book. What were your source material, intellectual approaches, and writing style?

Treva B. Lindsey: Colored No More began as a query about the dearth of scholarship on African American women in the nation’s capital. Preliminary research at the D.C. Historical Society and the Moorland Spingarn Archives at Howard University led me to a group of women imagining, creating, and forging new lives in the late nineteenth and early twentieth centuries. Recurring themes of equality, freedom, and justice emerged as the archival work deepened. The stories of Black women in Washington at the turn of twentieth century offered both unique and illustrative insights about the meaning of race, gender, and Blackness at the turn of the century.

Using local black newspapers, advertisements, publications, printed ephemera, and the writings of Black Washington-based women, Colored No More uncovers various arenas that African American women in early twentieth century Washington participated in and created. Both the local/unique and the national/shared experiences of African American women in Washington contributed to a burgeoning discourse about what it meant to be a Colored woman. Examining the questions, ideas, and standpoints espoused by Black women in Washington during this era complicates how we think about the New Negro, particularly if we center Black women in our analyses.

New Negro women established spaces for contesting political, social and cultural currents and conventions that limited Black women’s participation in the public sphere. Consequently, many of these women defiantly entered into public cultures such as higher education, literary activism, and local and interstate commerce. New Negro women challenged racial, gender, and sexual ideologies and norms that often relegated African American women to subordinate political, social, and cultural statuses. My book reveals the significance of Washington, D.C. and the African American women who inhabited this city to African American freedom and equality struggles of the early twentieth century.

The book’s reconceptualization of the New Negro derives from a feminist, cultural-historical approach. The analysis of primary sources such as letters, articles, and memoranda and of close readings of literary texts written by Black women in Washington anchors the interdisciplinary scope of the book. Colored No More is in conversation with the extant and forthcoming scholarship in feminist history, urban history, cultural studies, and D.C. history. Ultimately, this book strives to reveal the significance of Washington, D.C. and the African American women who inhabited the city to African American and women’s freedom and equality struggles of the late nineteenth and early twentieth centuries.