loading...
By Matthew Teutsch May 9, 2017 Comments Off on Celebrating the Life and Activism of Jackie Robinson 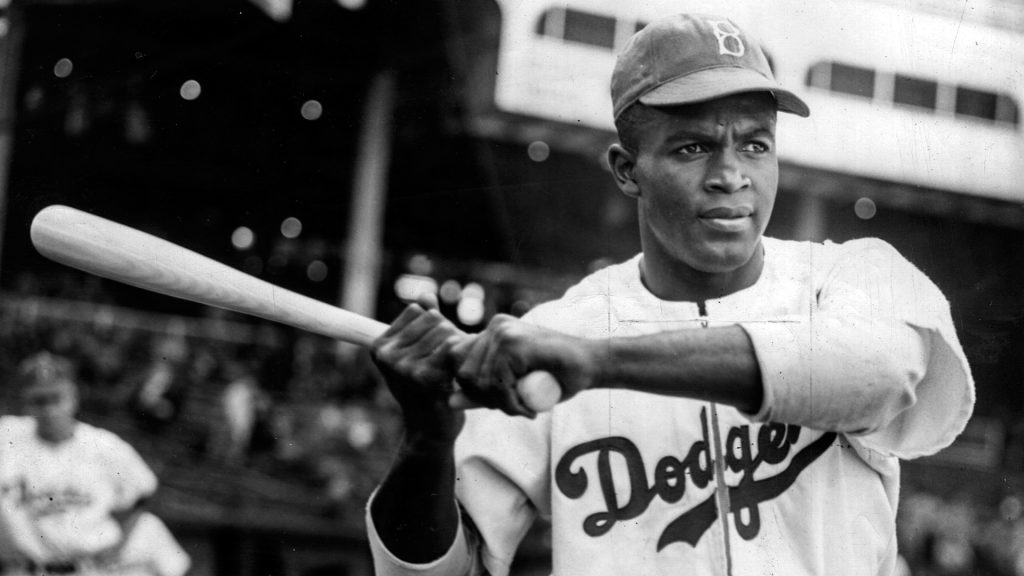 On April 15, 2017, Major League Baseball (MLB) celebrated the 70th anniversary of Jackie Robinson’s first MLB game. On that date in 1947, Robinson’s Brooklyn Dodgers took to Ebbets Field to play against the Boston Braves. Fifty years later, MLB retired Robinson’s jersey number 42 across the league, and since 2007, players gather on the field to pay homage to Robinson by wearing his number on their jerseys. Robinson’s accomplishments on the field have been well documented and even popularized on the big screen with adaptations such as the recent film 42. We should recognize Robinson’s contributions on the diamond and the ways he maintained his outward composure while facing blatant racism. However, we must also remember the courageous and confrontational moments when Robinson openly pushed back against Jim Crow segregation in the United States.

When Robinson entered the league, Branch Rickey, the Dodgers’ owner, told him to remain silent when facing overt anti-black antagonism. In 1949, Rickey lifted those “restrictions” and Robinson began to speak out publicly against the strictures of Jim Crow. The most notable example of his race activism occurred in 1949 when the House Un-American Activities Committee called upon him to appear before them in order to speak against popular film star Paul Robeson and the “un-American” comments he made in Paris earlier that year.1 Robinson did address Robeson’s comments, but more importantly, he used his appearance as an opportunity to deplore the government for directly allowing the injustice of Jim Crow segregation to persist while hypocritically claiming equality for all. He boldly told the committee,

[W]hite people must realize that the more a Negro hates communism because it opposes democracy, the more he is going to hate any other influence that kills off democracy in the country—and that goes for [Jim Crow].

Later, in his 1972 autobiography, the hall of famer writes about how he typically responded to people who asked him why he had a “beef” with America even though he had ostensibly “made it.” Robinson simply told them, “I’m grateful for all the breaks and honors and opportunities I’ve had, but I always believe I won’t have it made until the humblest black kid in the most remote backwoods of America has it made.”

Lauded as a standout athlete at UCLA, Robinson still experienced Jim Crow segregation first hand. Stationed for a time at Fort Riley, Kansas, during World War II, Robinson served with heavyweight boxing champion Joe Louis. There, both men encountered Jim Crow segregation and racism. Though clearly talented and skilled, the military kept denying Robinson membership on the camp’s baseball team, and they denied his requests to become a commissioned officer. Louis stood up for Robinson and other Black Americans who did not receive an opportunity to undergo officer training. He confronted Brigadier General Donald A. Robinson, telling him that if this kind of Jim Crow segregation continued he would not participate in any exhibition bouts or speak favorably on behalf of the military. Talking about his career in Life Magazine in 1948, Louis recalled the situation and noted that, because of his intervention, “Jackie Robinson and 17 other Negro boys got into officers training and they all came out lieutenants.”

Robinson “made it,” but talented Negro League players like Josh Gibson never “made it” to the majors. According to Larry Doby, the first African American to play in the American League, Robinson was not the most talented player in the Negro Leagues: “One of the things that was disappointing and disheartening to a lot of the black players at the time was that Jack was not the best player. The best was Josh Gibson. I think that’s one of the reasons Josh died so early—he was heartbroken.” August Wilson reflects on this in his Pulitzer Prize winning play Fences (1986), which is set in 1957. After rattling off his numbers in comparison with the white Yankee right fielder George Selkirk, Troy Maxson tells his wife Rose and friend Bono that he “saw Josh Gibson’s daughter . . . walking around with raggedy shoes on her feet” while Selkirk’s daughter probably has better shoes. Rose responds by simply telling him, “Folks had to wait for Jackie Robinson.” To this, Troy begins to rant against Robinson’s athletic accomplishments, telling his wife, “Jackie Robinson wasn’t nobody.” While Larry Doby and the fictitious Troy Maxson question Robinson’s role, some like Robeson understood the importance of Robinson as an exemplar.

Robeson saw Robinson’s role as a spokesperson for the African American community. When one of his children asked him if he could get an autograph from Robinson, Robeson refused because he knew that if people associated Robinson with Robeson after his “un-American” comments in Paris it would have a negative impact on how the public viewed and embraced the Brooklyn Dodger second baseman. Robeson’s views on the importance of maintaining Robinson’s public appearance was consistent with how others viewed Robinson. Esteemed Black American writers such as Ernest J. Gaines present Robinson as an inspiration and role model. In a 2003 interview, Gaines pointed out that during the 1930s and 1940s “[Joe Louis and Jackie Robinson] were definitely heroes to African Americans all over the country. There were no Martin Luther Kings at that time or political heroes out there.” For Gaines, the hope that Robinson personified reached “the humblest black kid in the most remote backwoods of America.” Robinson, as an American icon, repeatedly appears in Gaines’ novels about the African American experience in rural Louisiana. Chimley in A Gathering of Old Men (1983) wears a Dodgers’ hat symbolic of Robinson’s career, and the men at the Rainbow Club in A Lesson before Dying (1993) reenact Robinson stealing home for the first time against the Pittsburgh Pirates in 1947. Most importantly, Robinson plays a direct role in The Autobiography of Miss Jane Pittman (1971). 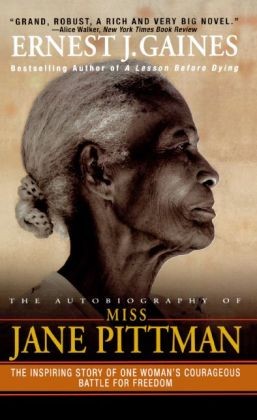 Robinson only takes up a few paragraphs in the novel, but his presence looms large in the narrative because Miss Jane idolizes him, and he paves the way for “the One,” Jimmy Aaron, who will lead the community against Jim Crow segregation. From the first day Robinson stepped onto Ebbets Field in 1947, she listened to his games on the radio without fail, even skipping church to catch his exploits. Since she was illiterate, Miss Jane would have Jimmy Aaron read her the box scores from the previous day’s game. No matter what, she wanted to know what Robinson did, and she wanted to see him succeed. Robinson’s accomplishments reached her on a plantation in rural Louisiana through the radio and newspaper accounts. Robinson was one of the key figures that inspired Miss Jane to participate in the demonstrations in Bayonne after the murder of Jimmy Aaron at the end of the novel. For Miss Jane and real-life individuals, “Robinson,” according to Herman Beavers, “articulate[ed] not only African American competitive spirit but also how that spirit is the fuel to future struggles.”

While MLB annually honors Robinson, we must remember that his position on the Dodgers’ roster did not end Jim Crow, and while his role helped to usher in the Civil Rights Movement, the situation did not change instantaneously. It took close to ten years before every team was integrated–the Boston Red Sox being the last to do so with Elijah Jerry “Pumpsie” Green in 1959.

Ultimately, how should we remember Robinson? While we need to acknowledge the racism Robinson endured on the field from teammates such as Dixie Walker and Philadelphia Phillies manager Ben Chapman, we need to remember the ways that Robinson fought back against racism and inspired others to dream of a day when true racial equality would exist in America. We need to do more than just say his name on April 15 during broadcasts and show footage of his career. We need to expand the popular narrative rather than relegating its entirety to the playing field, and we need to tell the stories of people like Louis, who helped Robinson fight for opportunities in the military, Doby, who followed him, and Gibson, who didn’t “make it.”

Surrounding the narrative of Robinson is a rich historical era of rising hope against hostilities in the 1940s giving us the contextual antecedents of the modern Civil Rights Movement. Those that are connected to Robinson make up the story of this era just as much as he does. He represents those few who “made it” and the conditions and context of those who could only dream of doing the same.