At the Anne Frank House in Amsterdam, visitors can read responses to the museum from around the world. By pressing on a touch screen that displays a map of the globe, museum visitors access comments such as those of Nisha (age 41) from Trinidad and Tobago, who wrote on 24 June 2014: “Anne was such an inspiration for me growing up. I asked for my own diary at 13. I still write and aspire to become a writer like her. In 1992 my country had a coup d’état. I wrote in that diary every day and thought, I am not experiencing half as much suffering as she did.”

Another Caribbean visitor to the Anne Frank House, Lauren (age 26) from Jamaica, wrote on 15 January 2015: “This history is so important, as it can be related to so many other histories & adversities in our lives & our own personal roots. I’m not Jewish, but when I read Anne’s story as a child, it broke my heart. Not just because of her, but because of how inhumane the situation was. God bless her family for making her story known.”

Alongside these visitor responses, the museum bookstore’s many different editions of the Diary, which has been translated into 67 languages, confirm both Anne Frank’s status as a global Holocaust icon and the global resonance of the Holocaust itself.

Memory studies scholars tend to understand the Holocaust’s global resonance—and the global circulation of Holocaust memory in particular—as a recent phenomenon associated with globalization. Aleida Assmann, for example, asserts, “the year 2000 marks the starting point of a new era. In retrospect, we may say today that with the beginning of the new millennium the Holocaust went global.”

The significant presence of the Holocaust in postwar Caribbean literature, however, attests that global Holocaust memory is not solely a product of globalization and the digital age. Instead, Caribbean Holocaust narratives illustrate how Holocaust memory has long circulated in colonial settings.

In the 1950s, Caribbean intellectuals such as Aimé Césaire and Frantz Fanon relied heavily on analogies with anti-semitism to advance their theoretical critiques of colonial racism. Subsequently, a number of Caribbean writers who had turned to the Holocaust in their youth as a “surrogate issue” (in Trinidadian Canadian writer Marlene NourbeSe Philip‘s phrase) began to introduce Holocaust motifs into their fiction and poetry. Philip recalls, “At twelve, possibly, thirteen, I was outraged and upset at what had happened to the Jews. In the silence surrounding my own history and my own memory, I took to myself the pain of what had happened to Jewish people in Europe.”

It is against this background that we can understand why the Holocaust features in works of Caribbean literature such as Philip’s novella Harriet’s Daughter (1988) and short story “Stop Frame” (1993). Decolonization rather than globalization is the primary context for this Caribbean intellectual and literary tradition in which, in the absence of a public discourse about slavery in the early postwar decades, the Holocaust came to serve as an alternative site of identification. 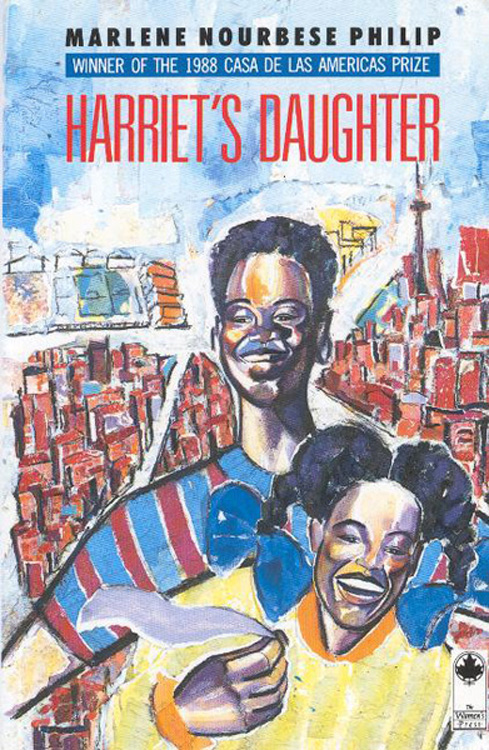 As I’ve argued in my larger study of Jewishness in the Caribbean literary imagination, Caribbean writers regularly invoke the Holocaust, particularly those who came of age during the war or in the early postwar period. For the most part, their Caribbean Holocaust narratives appeared in the last two decades of the twentieth century, an important moment in the public memorialization of both the Holocaust and the Middle Passage.

Anne Frank features prominently, for example, in the work of Jamaican writer Michelle Cliff and St. Kitts-born British writer Caryl Phillips, both of whom draw inspiration from the Jewish diarist. In Cliff’s classic novel Abeng (1984), which is set in Jamaica on the eve of independence, the 1959 film The Diary of Anne Frank prompts the light-skinned middle-class protagonist to question the dominant beliefs of her colonial society. This episode in Abeng draws on Cliff’s own biography. In an interview, Cliff recounts how when she was young, she began a diary after seeing the film and reading Frank’s book: “I would never have thought to keep a diary without having read her. She gave me permission to write, and to use writing as a way of survival.” Relatedly, in his essay “On The Nature of Blood and the Ghost of Anne Frank,” Caryl Phillips describes how he worked for ten years with a poster of Anne Frank hanging above his desk.1 Phillips’ acclaimed 1997 novel The Nature of Blood is in part an intertextual reworking of Frank’s Diary.

These and other works of Caribbean literature exemplify the phenomenon of multidirectional memory theorized by Michael Rothberg in which memories of different historical traumas interact in a productive, rather than competitive, fashion. The multidirectional character of Caribbean writing about the Holocaust allows us to take some distance from a U.S. setting in which Holocaust memory vies for real estate on the Washington Mall with memories of Black and Native American atrocities.

At the same time, Caribbean Holocaust narratives reveal the historical imbrication of wartime metropolitan and colonial settings. Antiguan writer Jamaica Kincaid’s novel Mr Potter (2002), for instance, recalls the historical presence of refugee Jews in the Caribbean. In the late 1930s, hundreds of European Jews found safe haven in various parts of the Caribbean including Trinidad, where they called themselves the “Calypso Jews.”

As Caribbean literature also registers, the Calypso Jews were not the first Jewish refugees to arrive in the Caribbean. After their expulsion from the Iberian Peninsula in the late fifteenth century, Sephardic Jews resettled in Curaçao, Jamaica, Barbados and elsewhere, establishing Jewish communities and building beautiful synagogues that one can still visit today. Contemporary Caribbean writers reference this history of the Sephardic Caribbean, in some cases layering the memories of both the Iberian expulsion and the Holocaust within a single text. Indeed, one of the distinctive features of Caribbean Holocaust memory is its interweaving of these two Jewish historical traumas.

The academic disciplines of Jewish and postcolonial studies have tended to divide and compartmentalize Jewish and African diaspora experiences. Imaginative literature, by contrast, has proven much better able to register the kinds of entanglements that characterize the history of Black-Jewish encounter in the colonial and postcolonial Caribbean. Moreover, while some memory studies scholars have voiced concern about the detachment of Holocaust memory from its original meanings and European setting, Caribbean Holocaust narratives illustrate that to consider the resonance of the Holocaust in non-European spaces is not necessarily to decontextualize or dehistoricize the Holocaust. Instead, to draw attention to a Caribbean literary tradition of cross-cultural engagement and identification with the Holocaust is to consider an alternative colonial context in which Holocaust memory was localized and reanimated well before the era of globalization.

Sarah Phillips Casteel is Associate Professor in the Department of English and the Institute of African Studies at Carleton University, where she teaches postcolonial and diaspora literatures and where she co-founded the Centre for Transnational Cultural Analysis. She holds a doctorate from Columbia University and is the recipient of a Polanyi prize from the Government of Ontario as well as a Horst Frenz prize from the American Comparative Literature Association. Her new book, Calypso Jews: Jewishness in the Caribbean Literary Imagination (Columbia University Press, 2016), was awarded a 2016 Canadian Jewish Literary Award.