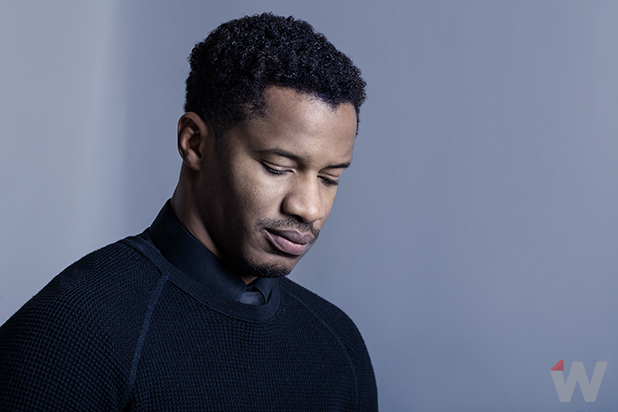 I write to you as my brother because I cannot think of anything else to call you but my brother. When I learned about how you and your friend were tried for raping an intoxicated fellow student at Pennsylvania State University in 1999, the anger, embarrassment, and shame I felt were feelings I would feel for a family member.

We were both nurtured in the ideological womb of the Black male radical tradition that famously birthed the revolting spirit of Nat Turner in 1831, as you chronicle in “The Birth of a Nation.” Although I am quite furious with you right now, I cannot help but see you as my brother.

I have felt these feelings many times during my scholarly gazes into the past at Black male radicals who were as powerfully sexist as they were antiracist—men who felt as threatened by feminism as they were by racism; men who reinforced rape culture as tightly as they reinforced an antiracist (patriarchal) culture.

But I always wished these brothers were not stuck in the graveyard of history. I always wished they were alive—and to truly be alive is to have the ability to change. Of course, some of us are “walking dead,” refusing to self-critique and refusing to change. But at least those who are alive have the possibility to change, to forge a splendid feminist ending after beginning in the wretchedness of patriarchy.

On your recent Facebook post, you admitted that you “still have more learning and growth to do.” That is why I feel hopeful in the midst of my fury. This is an open letter expressing my hopes for you—my hope of what is to come from you—and of you.

In your Facebook post, you finally expressed in public “empathy for the young woman and empathy for the seriousness of the situation I put myself and others in.” But showing empathy is only a start.

I am writing this letter to tell you that in the end you must stop declaring your innocence. That was the problem seventeen years ago. That remains the problem today.

Perhaps you don’t think you raped her. But, actually, you did rape her. And you utilized—and took advantage of—the most popular rape drug on the market: alcohol.

You and I were in college around the same time at the turn of the century. But I acted by a different sexual code of conduct than you did. I refused to engage in sexual intercourse with a woman who was intoxicated or otherwise under the influence. And Nate, having sex one time with the woman the night before, would not have changed that.

When alcohol is present in sexual decision-making, it is oftentimes impossible to tell whether that woman (or man) is truly giving consent or whether the alcohol is giving the consent.

What I am ultimately trying to explain to you—brother to brother—is that rape culture actually extends far beyond these narrowed boundaries of hyper-aggressive acts of forcing yourself onto another person—narrowed boundaries that have exonerated so many rapists in the court of law and public opinion, leaving their traumatized or unaware victims feeling like the guilty parties. Rape culture extends to using chemical and social agents that manipulate people into engaging in “consensual” sexual activity that the next day they gloomily regret. In patriarchal societies like the United States, rape culture nearly eclipses sexual culture.

That may come as a surprise to you. But think about it this way: in racist societies like the United States, racist culture nearly eclipses racial culture. Just as American history is saturated with sexists denying the pervasiveness of rape culture and rapists declaring their innocence, American history is saturated with racists denying the pervasiveness of racist culture and racists declaring their innocence.

You sounded like an American racist when you told Variety magazine earlier this month, “Seventeen years ago, I experienced a very painful moment in my life.”

You sounded just like those white police officers who keep talking about their own pain and innocence after they lethally assaulted a black man. And here I specify men for a reason. Black men should have received a crash course in rape culture over the last few years. Society blames us, our families blame us, our friends blame us, and we sometimes, if not most times, blame ourselves. Maybe I should have said or done this or that differently, and it would have saved me from the beating, from the gunshot, from the execution. And then all this self-blaming takes an emotional toll on us, and some of us consider—and act on—suicide. All because the police officers—and their racist backers—do not want to take the blame, and instead only want to declare their innocence. Some police shooters of Black people empathize, but hardly any stop declaring their innocence and hardly any stop blaming the dead victim.

Nate, my brother, we need to revolt against rape culture with the same ferociousness that Nat Turner revolted against slavery. You are uniquely positioned to lead the way. But first you must slaughter your master that has enslaved you all these years: your declaration of innocence.

Ibram X. Kendi is an assistant professor of African American history at the University of Florida. His second book, Stamped from the Beginning: The Definitive History of Racist Ideas in America, was recently released by Nation Books. Follow him on Twitter @DrIbram.

Comments on “Brother to Brother: An Open Letter to Nate Parker”