This post is part of a new and recurring blog series I am editing–announcing the publication of selected new books in African American and African Diaspora History. Today is the official release date for Blood in the Water: The Attica Prison Uprising of 1971 and Its Legacy, published by Pantheon. 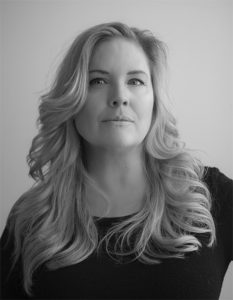 The author of Blood in the Water is Heather Ann Thompson. Professor Thompson is an award-winning historian at the University of Michigan. She has written on the history of mass incarceration, as well as its current impact, for The New York Times, Time, The Atlantic, Salon, Dissent, New Labor Forum, and The Huffington Post. She served on a National Academy of Sciences blue-ribbon panel that studied the causes and consequences of mass incarcerations in the United States and has given Congressional briefings on this subject. Thompson is also the author of Whose Detroit?: Politics, Labor, and Race in a Modern American City and editor of Speaking Out: Activism and Protest in the 1960s and 1970s.

Along with Professor Rhonda Y. Williams, Thompson edits a manuscript series for UNC Press, Justice, Power, and Politics, and is the sole editor of the series, American Social Movements of the Twentieth Century published by Routledge. She has also consulted on several documentary films including Criminal Injustice at Attica and is a consultant on two films in progress: one on Criminalization in America with filmmakers Annie Stopford and Llewellyn Smith from BlueSpark Collaborative, and the other produced by Henry Louis Gates entitled, And Still I Rise: Black Power to the White House for PBS. Follow Professor Thompson on Twitter @hthompsn. 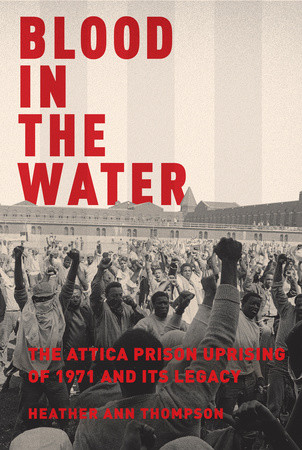 Blood in the Water is the first definitive account of the infamous 1971 Attica prison uprising, the state’s violent response, and the victims’ decades-long quest for justice—including information never released to the public—published to coincide with the forty-fifth anniversary of this historic event.

On September 9, 1971, nearly 1,300 prisoners took over the Attica Correctional Facility in upstate New York to protest years of mistreatment. Holding guards and civilian employees hostage, during the four long days and nights that followed, the inmates negotiated with state officials for improved living conditions. On September 13, the state abruptly ended talks and sent hundreds of heavily armed state troopers and corrections officers to retake the prison by force. In the ensuing gunfire, thirty-nine men were killed—hostages as well as prisoners—and close to one hundred were severely injured. After the prison was secured, troopers and officers brutally retaliated against the prisoners during the weeks that followed. For decades afterward, instead of charging any state employee who had committed murder or carried out egregious human rights abuses, New York officials prosecuted only the prisoners and failed to provide necessary support to the hostage survivors or the families of any of the men who’d been killed.  Heather Ann Thompson sheds new light on one of the most important civil rights stories of the last century, exploring every aspect of the uprising and its legacy from the perspectives of all of those involved in this forty-five-year fight for justice: the prisoners, the state officials, the lawyers on both sides, the state troopers and corrections officers, and the families of the slain men.

Blood in the Water is extraordinary—a true gift to the written history of civil rights and racial justice struggles in America.” —Michelle Alexander, author of The New Jim Crow: Mass Incarceration in the Age of Colorblindness

“Superb . . . Gripping . . . Remarkable . . . Not all works of history have something to say so directly to the present, but Heather Ann Thompson’s Blood in the Water: The Attica Prison Uprising of 1971 and Its Legacy, which deals with racial conflict, mass incarceration, police brutality and dissembling politicians, reads like it was special-ordered for the sweltering summer of 2016.” —Mark Oppenheimer, The New York Times

Ibram Kendi: Did you face any challenges conceiving of, researching, writing, revising, publishing, or promoting Blood in the Water? If so, please share those challenges and how you overcame them?

Heather Ann Thompson: Writing Blood in the Water: The Attica Prison Uprising of 1971 and its Legacy was a challenge from start to finish. In short, this is a book about one of the nation’s most important struggles for human rights that took place over four days and nights–September 9-13, 1971. It is also, however, a book about one of the bloodiest chapters in American history. Thanks to the decision that the State of New York made to end this rebellion with force, sending in nearly 600 heavily armed troopers and corrections officers on the 13th of September, ultimately 39 unarmed men were shot to death—prisoners and hostages alike—and officers severely wounded more than a hundred more. Needless to say, this was not a history that the state wanted written and, frankly, my access to this history was blocked at every turn. It took me more than a decade to finally rescue that story.

It became clear to me that it was going to be difficult to write the first comprehensive history of the Attica rebellion almost from day one. As I began to map out my research agenda, I suddenly realized that all of the state’s thousands of boxes of materials related to Attica were going to be virtually impossible to access. Some of these documents in these boxes were officially sealed, others were so heavily redacted that they were useless, and others were kept off limits to me by various freedom of information officers in various state agencies who denied my requests for a host of questionable reasons.

Undaunted, I made it my mission to do two things: firstly to talk to anyone who had experienced this rebellion and had survived it—from the prisoners to the guards to the prison officials to the police to the lawyers and judges, to those who had reported on it—and secondly, to travel anywhere I needed to go to find the original, or a copy, of whatever the state of New York had and was refusing to let me see.

Talking to Attica’s survivors was a life-changing experience. No matter who I talked to, no matter what role they had played in the uprising or its aftermath, they were permanently scarred—many physically, many psychologically. From these people I learned of the powerful ideas that had held the men in D Yard together to demand better treatment from the state as well as the barbaric measures that the state went to in order to make these men pay for daring to speak out. From these people I heard stories that sickened me and stories gave me a whole new faith in the power of people to make change. From these people I finally understood how much Attica had mattered at the time and still today. Virtually everyone I talked to, at some point, broke down in tears—still finding it hard to process all that had happened when the state decided to retake Attica with such terrible force on September 13 1971. From these people I mostly learned that, no matter how long it took me, somehow I had to get their stories told.

The research journey around the country was equally powerful. It took me into people’s living rooms and basements, and it took me to numerous state agencies that at least on the surface would have appeared to have nothing related to Attica, but in fact had crucially important pieces of the story in their archives.  This research journey took me into archival collections I never expected as well as to dusty courthouses and law offices.

And then, I just plain lucked out. Midway through writing my book I came upon a cache of records that held the smoking gun documents that I most needed finally to get to the bottom of which members of law enforcement had actually committed crimes during their retaking of Attica and who had protected them at the highest levels of government. Those documents then disappeared, but I had my copies and I was able to write the book that needed to be written.

Today those who survived Attica’s ugly retaking—both prisoners and guards are still waging a most public fight to get access to the state’s records. They keep getting stalled and shut down. It is my hope that this book will finally tell them much of what they want to know. At the very least, this book makes clear just how important the Attica uprising was—introducing everyone to the real heroes in D Yard who knew what they risked but still took a stand—and, as importantly, it also finally names those who were responsible for raining so much carnage down on these same people who dared to speak up.

Comments on “Blood in the Water: A New Book on the Attica Prison Uprising of 1971”