loading...
By J. T. Roane December 11, 2018 Comments Off on Black Creativity and Imagination at the End of the World

Octavia Butler’s Parable of the Sower and Edwidge Danticat’s The Farming of Bones are set in starkly different times and places. Butler’s narrative unfolds as protagonist Lauren Oya Olamina flees the desiccated landscape of a future apocalyptic California where slavery has returned. Meanwhile Danticat’s work fictionalizes Amabelle Desir’s flight from the violent racial cleansing orchestrated against Haitians by Dominican dictator Rafael Trujillo in 1937 and 1938. Despite their distinctions, these two novels share a consideration of the ways that calamity lurks just over the horizon, exposing through writing set in the past and the future the racialized nature and production of this condition in quotidian and eventful senses. They both serve as an acknowledgement that, depending on your vantage, the world ends everyday. In this, they share in a widely practiced phenomenon of Black culture, the result of ingenuity and possibility in our ongoing “struggle… in the eddies of the fifteenth century,” as Du Bois famously periodized it.

Black communities face the radical susceptibility of the worlds we make and inhabit, the vulnerability of the lives we share and build together, and the violent dislocation of even our most intimate institutions. Given our history, the end in Black culture takes on a different frequency than the apocalyptic sense of singular, totalized destruction that repeats and edits millennialism in Western thought and in American popular culture. Proximity to untimely death and “ends” within Black culture has rendered the experience of compounding loss a paradigmatic feature of Black life. To make this claim a bit more forcefully, for Black people the world ends regularly. This departure from the temporality of the end as epochal, and acknowledgement of the end’s quotidian, serial, and cyclical nature for Black people, occasions an opportunity to theorize how these conditions have demanded that Black people craft otherwise modes of living. These alternative life-worlds are imprinted, for example, in sayings, greetings, songs, novels, and films that afford a different vantage on loss and, ultimately, articulate an alternative grammar of living. They give expression to other formulations for how to build connections, how to configure social worlds according to unsanctioned rubrics that do not inhere in the futures outlined by settler futurity—a relay between the equally destructive fantasies of permanency and total apocalypse. Black vitality, Black living is the expression of possibility against the frame of the catastrophic anti-Black circumstances of the world we inherit. It is produced through “wake work”—not the production and reproduction of the geographies of property and capital but the phenomenological and epistemological developments that result from life lived where nothing is supposed to be.

For Butler’s protagonist Lauren, the house and small compound she inhabits with her family and neighbors experiences a series of escalating attacks, eventually leading to its demise. In the aftermath, she flees surviving the dangerous circumstances brought on by ecological catastrophe, the rise of a fascist leader, and the return of human chattel through her articulation of a new cosmology and the expression of novel forms of fugitive community on the move.

In the disruption set off by the unleashing of genocidal violence, Danticat’s Amabelle loses contact with her lover. It is a powerful desire for him or at least for news of his fate that carries her over the various encounters with violence, destruction, and borders as she makes her way from the Dominican Republic to Haiti. Amabelle clings to restive longing as well as fleeting fugitive relationships to survive.

For both authors, survival and the envisioning of futurity facing out from some of modernity’s ultimate machines of social dissolution and colonization, genocide, racial slavery, apartheid, and mass incarceration give a unique vantage on what is possible as a new world eclipses an old one as well as wisdom regarding how to create fleeting worlds as catastrophe folds us in. Butler and Danticat chart the world of possibility, the horizon of survival that is the extension of Black culture and the articulation of Black futurity. For both of their main characters, it is the dangerous work of forging quick and agile forms of reciprocity, of mourning and longing for what was in the frame of the melancholic, that allow them to survive and in that pinhole opening to imagine the further possibility of something else—something for Butler out in the stars or for Danticat back across a border. 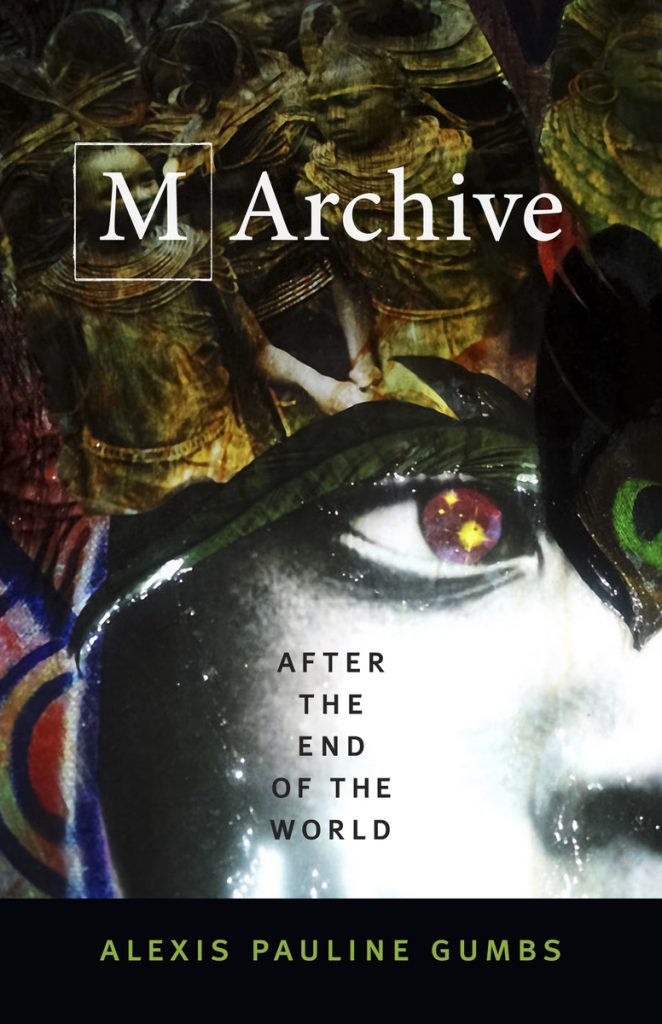 Or in the case of Alexis Pauline Gumbs latest book, M Archive: After the End of the World, through our bodies and down into the earth and the ocean. Gumbs joins this tradition of Black futurists and dreamers, drawing as well on M. Jaqui Alexander’s insights about the persistent human-ecological effects of transatlantic slavery in Pedagogies of Crossing to build a novel mode of rendering temporality and materiality she describes through the metaphor of the elemental table. The metaphor of the elemental builds M Archive into a distinctive Gumbsian mode that is at once a deeply generative if not intuitive reflection of Black feminist historiography, a lamentation and critique of the West’s historical and ongoing denaturing, defacement, and defilement of life and the planet, and a poetic archive of the sacred ways of kin, belonging, and envisioning expressed by people passing through apotheosis of an order created in colonialism, slavery, and most recently fracking.

The premise of the work is that fracking—the contemporary practice of extracting fuel from shale by pumping the ground with high pressure gas—has totally remade the composition and spatial arrangement of the planet with catastrophic effects on life as we have known it. Here the catastrophic, like in the writings of Butler and Danticat, provides a pinhole opening for fleeting and furtive connections for life lived literally underground or for reflection on the past and the future down into the ocean’s depths. It is in these dives to the deep ocean, into the subterranean space of life underground into our collective selves that alternative relationships are staged within and between bodies and within and beyond creation. Gumbs draws us into the deep cosmos of interiority, quiet, stillness.

Gumbs is primarily a poet and in this mode she articulates an alternative frame on the world, one that opens the surprising, troubling, and powerful ways that the present, past, and futures intertwine. In one of the most haunting and beautiful passages, Gumbs parallels the rituals of carnival with the experience of the Middle Passage:

after and before carnival. causing carnival, there was a craving a salt craving for a particular smell. no one talked about it or explicitly associated the sweetness of saltfish with the memory of being packaged and preserved (barely) while crossing over it was a memory too visceral for words.”

This passage drew me back to the sweat drenched walls of the country nightclubs that defined my teens in Virginia. I can’t cognitively make sense of all the feelings this and other passages drew up in me and indeed the prospect of trying to partially metabolize Gumbs’ writing through deep conceptual and emotional work simultaneously has given me full pause in my writing of this piece a number of times. Gumbs, both in this latest work, and in the work that comes before it, Spill: scenes of black feminist fugitivity (and undoubtedly the forthcoming installment in this tryptic), is too brilliant and textured to render in the flatness of a review. Aimee Meredith Cox, in conversation about this piece, suggested the method of “writing around” Gumbs—a practice I take up to avoid presenting comprehensive review that for work of such texture and brilliance would only signify reductiveness. I have to live with the feeling of the parallel Gumbs made in this passage about carnival and the middle passage and not being able to get beyond it exactly, by flattening it is part of the point. These works are a creative homage to brilliant Black feminist theorists (Spill for Hortense Spillers and M Archive for M. Jacqui Alexander) that we will need to engage for a very long time. They outline a new matrix for understanding the ways that the past, present, and future braid and that their particular linkages in Black fugitive living express alternative horizons, sometimes not up our out, but down, into the abyss—into the creative darkness of the deep ocean, the subterranean, into one’s interiority.

Gumbs is a writer for our times. She greatly expands what we can glean from archives of embodied memory pressing us toward an engagement with the knowledge produced in the rituals of Black existence, in the bold phenomenological strokes of trying to survive. Gumbs has crafted a vital collection of imaginative narrative threads and fragments, elements of an old order, remixed, remixing, towards perhaps different ends.