loading...
By Jessica Marie Johnson December 13, 2016 Comments Off on “We Need Your Freedom”: An Interview with Alexis Pauline Gumbs 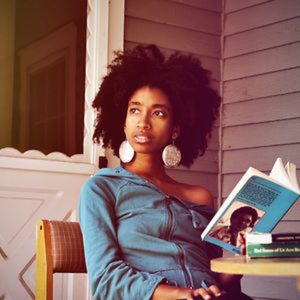 had the pleasure of interviewing Alexis Pauline Gumbs on her new book Spill: Scenes of Black Feminist Fugitivity (Duke University Press, 2016). Gumbs is a black queer poet and independent scholar and self-described troublemaker and love evangelist. She is currently co-editor of Revolutionary Mothering: Love on the Front Lines. Gumbs is also the Founder and Director of Eternal Summer of the Black Feminist Mind. You can follow Gumbs on Black Feminism Lives! Tumblr and on Twitter @alexispauline. 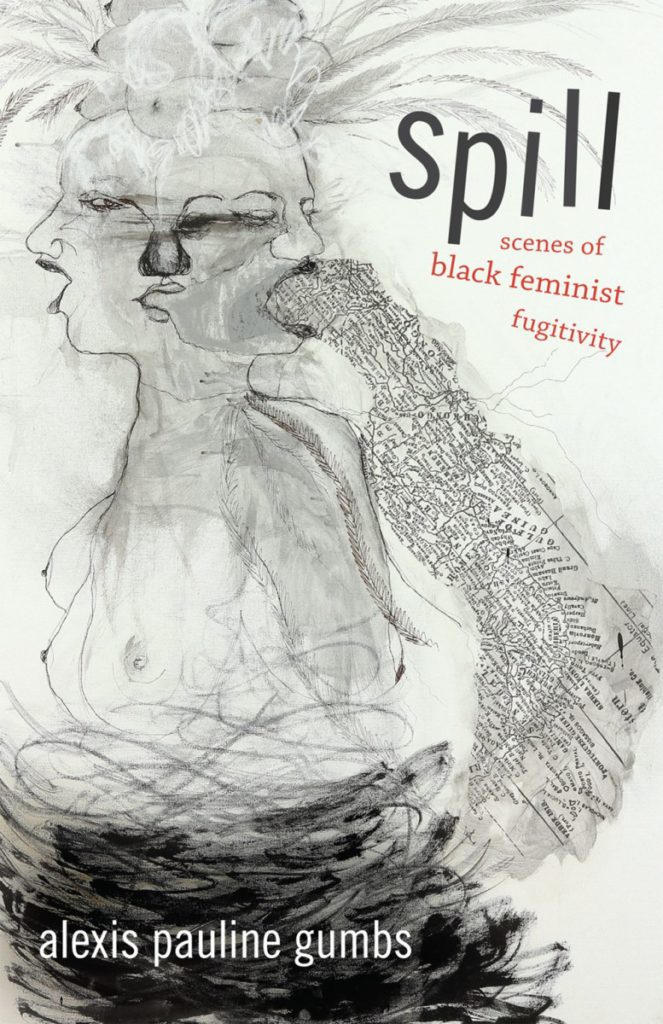 Alexis Pauline Gumbs (APG): I do experience Spill as an act of love. As a complex and multi-faceted libation that honors the work that Hortense Spillers and so many other black women theorists, authors, and literary workers have done. Spill is also pouring something out to the homies more generally. All black women’s lives break the systemic lies of oppression. All black women’s lives must be honored.

Although Spill may not conform to the form of a love letter, it definitely seeks to honor the importance of the body of work that Hortense Spillers has created. Love changes us. Love shifts our ideas of what is possible. Love, almost every time, causes us to restructure our lives in some way. Because of love, I sought a methodology that would allow me to write with Spillers instead of continuing to merely write about her work. The difference between about and with has to do with intimacy, conspiracy; maybe we can call that love. Some people call it “we go together.” In Black, White and In Color and in her current project, Spillers is very careful about how she uses the term love. I am usually not as careful. I am not shy at all either about wanting Spillers to know how grateful I am for the worlds her work makes possible.

I started writing Spill after rereading Spillers’ essays in Black, White and In Color and drawing out what I call the portals, these phrases within her work that use the vernacular, poetic layering, not-so-subtle shade and liturgical language, basically the many moments in Spillers’ essays that exceed their explanatory function and invoke more than the workings of her (already nuanced and necessary) arguments. To use Spillers’s own terms, they are the places where she invites “the intervening narrative” to break through in her own essays. I used those moments and wrote every day for about a year, and instead of seeking to explain the phrases that attracted and undid me in her work, I allowed the phrases to take me into intimate moments in the lives and worlds of black women seeking freedom.

JMJ: Spill, in its interpolation with Spillers’s Black, White, and In Color: Essays on American Literature and Culture, forces the reader to engage with words on the page in a different way. It seems as though you want to change how readers engage with, cite, and do black feminist critique. How do you want us to read Spill?

APG: You know what? Black women have literally Facebook messaged and emailed me asking, “Am I doing this right?” I just say yes, even though I really have no idea what they are doing. I just ask folks to trust themselves. I had to trust myself and the larger process a whole lot to keep writing this text and then to share it with anyone.

And yes. I was interested in creating a text that troubles a reader’s desire to assimilate into a world that requires something other than assimilation. I do actively disrupt the development of a coherent character that can allow any reader to say this is about someone specific who is specifically not me. As always, in text and in practice, I want to create a space that invites us to relate differently to the act of reading, to the usual practice of differentiation. You can’t skim it. But you can’t really skim Spillers either. What if all you had was a narrative that intervened? Again and again and again. What would it teach us. How could it liberate us from the narratives that kill, maim and destroy us? Could it? What if I never ask if I am “doing it right” ever again. Then what Capitalism? (To quote Spillers again.) “What you gonna do?”

For us, for my colleagues who are also black feminist theorists, I do want to ask about what it would mean for us to write with black feminist theory. Every footnote in Spill goes back to Spillers and the “bibliography” does not cite one white person or one man. Not one. It is a challenge to my colleagues, to those of us who claim that our primary accountability is to black women. What if we created forms that prioritized being with each other, being with the work, being with the possibilities, more than they prioritize the gymnastics of trying to get it right in a structure built on our wrongness?

JMJ: You have scenes dedicated to an anonymous I, she, us, and you. And yet you capture a rich and delicious range of black feminist diasporic life in Spill. I read the scene around the line, “new world callaloo, return over and over again,” and immediately sent the book to my grandmother. I could almost taste the greens! Will you talk a bit about the way you use anonymity and what you want the reader to learn about black feminist fugitivity from it?

APG: What’s happening with Spill is that people are understanding that these scenes belong to their grandmothers, their recent selves, their fellow fugitives, their own dreams. I was hoping to break down a certain dispossession with which narrative form complies. The thing that Harriet Tubman taught us about fugitivity was that being one person is not particularly strategic under the circumstances. Anonymity is a practice that disrupts capitalism, and a crucial practice for those of us who are stealing away, stealing time with each other, interested in being free enough from the narrative to be able to taste some greens!

I think of Spill as a ceremony. The ceremony is ongoing and the book is an oracular tool. The ceremony holds space for the possibility of black women being present in any moment. Tina Campt talks about the tenses of fugitivity. Saidiya Hartman talks about the afterlife of slavery. I am interested in presence and the present tense. I think fugitivity requires being present and being with, which are both challenges. Both of those things are definitely personal challenges in my life. How often am I present? Being present, as my mentor Cheryll Y. Greene would say, “is more than a notion.” More than an ocean too. It’s deep what divides us from ourselves and each other. Audre Lorde writes about how hard it is to hold space for each other in her essay “Eye to Eye: Black Women Hatred and Anger,” which is definitely a reference point for Spill. But she also says “we can learn to mother ourselves.” Spill is a technology for that nurturing that also acknowledges the pain that makes critical nurturing necessary.

JMJ: That said, you also become more specific in places. You have a scene dedicated to Phillis Wheatley, for instance, and another “from the readers of Essence magazine.” How did you choose who would appear?

APG: Yeah. I couldn’t help it. Those specific shout outs reveal something about some of the narratives I really want to intervene in. I want to intervene in the ways the characterization of Phillis Wheatley is overdetermined by tokenizing narratives that separate her from other black women. I want to intervene in the story Essence magazine has told over time about a phantom black patriarchy. I call out Harriet Tubman’s name specifically because, first of all, there is no understanding fugitivity without citing Tubman, but also because I want to break space to understand her as a fugitive not only from the external structures of slavery, but also from the pain of interpersonal relationships structured by violence.

JMJ: What do you want Spill to do for us—academics, activists, students, people, everyone!—in this particular historical moment, a moment that seems so precarious for so many, for the Earth as a whole, and, yet, so terribly familiar at the same time?

APG: Offer your libations. If Spill can be an example or a reminder of how multiple, repetitive, and continual freedom seeking is, use it that way. If Spill can be an index referring back to how over and over again in the face of being slapped in the face black women have known and grown freedom, let that be as familiar as the racism on the news. Let it give you strength and squad for boldness. If Spill makes you feel like you can do your own work in a way that is less constricting than the way you have been doing it, do it. We need your freedom.