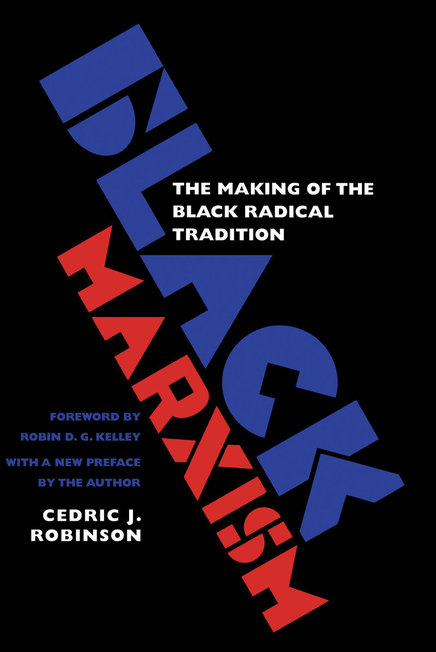 The African American Intellectual History Society (AAIHS) is hosting an online roundtable on Cedric Robinson’s Black Marxism: The Making of the Black Radical Tradition. The roundtable begins on Monday, Nov. 7, 2016 and concludes on Saturday, Nov. 12, 2016.

A beloved scholar and mentor, Robinson passed away on June 5, 2016. He was the author of several foundational texts including Black Marxism and Terms of Order: Political Science and the Myth of Leadership and Black Movements in America. Robinson was Professor Emeritus in the Department of Black Studies and the Department of Political Science at the University of California, Santa Barbara. He received his BA from the University of California, Berkeley and his MA and Ph.D. from Stanford University. He served as Chair of the Department of Black Studies as well as of Political Science and has also served as the Director of the Center for Black Studies at UCSB. His fields of teaching and research included modern political thought, radical social theory in the African Diaspora, comparative politics, and media and politics. Please click here to view a series of tributes we featured on the blog in June.

Originally published by the University of North Carolina Press in 1983, Black Marxism was re-released in 2000 with both a new preface written by Robinson and a new foreword by historian Robin D. G. Kelley. In this seminal work, Robinson challenges Black intellectuals to reconsider the origins of the Black radical tradition. Black Radicialism, he argues, “is not a variant of Western radicalism whose proponents happen to be black. Rather, it is a specifically African response to an oppression emergent from the immediate determinants of European development in the modern era and framed by orders of human exploitation woven into the interstices of European social life from the inception of Western civilization” (p. 73).

Although most scholars of black history are familiar with this crucial text, Black Marxism still remains largely under-analyzed in the field and largely unknown to members of the general public. Robinson’s recent passing compelled us to return to this text, which many of us grappled with during our time in graduate school. In this upcoming online roundtable, we bring together a dynamic group of scholars and activists to discuss the significance of Black Marxism–especially for the field black intellectual history–and its relevancy in this historical moment.

In the coming weeks, we encourage you to read Robinson’s important text if you have not yet had a chance. Here’s a brief description of the book from UNC Press:

In this ambitious work, first published in 1983, Cedric Robinson demonstrates that efforts to understand black people’s history of resistance solely through the prism of Marxist theory are incomplete and inaccurate. Marxist analyses tend to presuppose European models of history and experience that downplay the significance of black people and black communities as agents of change and resistance. Black radicalism must be linked to the traditions of Africa and the unique experiences of blacks on western continents, Robinson argues, and any analyses of African American history need to acknowledge this.

To illustrate his argument, Robinson traces the emergence of Marxist ideology in Europe, the resistance by blacks in historically oppressive environments, and the influence of both of these traditions on such important twentieth-century black radical thinkers as W. E. B. Du Bois, C. L. R. James, and Richard Wright.

Click here to read an excerpt of the book.