loading...
By Camille Goldmon May 7, 2020 Comments Off on “An Oasis in Turbulent Times”: Black Towns, Black Futures 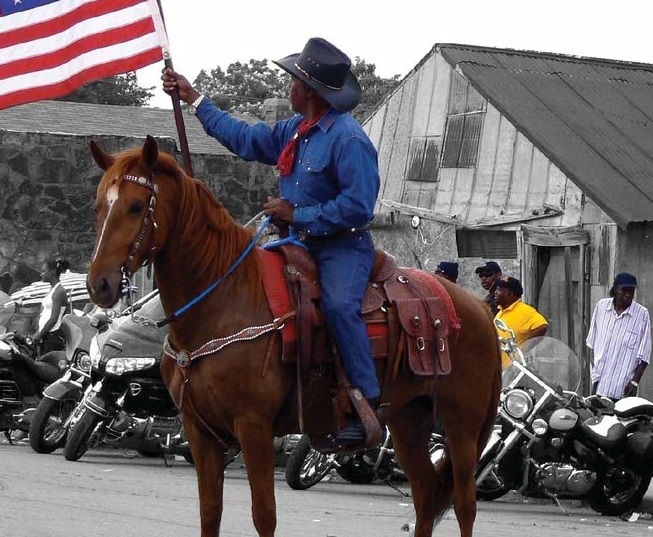 Mound Bayou, Mississippi, founded by Isaiah T. Montgomery—formerly enslaved by Joseph Davis—and his relative Benjamin Green, tells a story of the necessity of Black towns. Black towns, usually all-Black municipalities founded during and immediately preceding Reconstruction, were designed to be almost totally self-sufficient for the purpose of insulating African-American populations from reliance upon white economic and social institutions, as well as potential race-based violence. With the help of Booker T. Washington and Charles Banks, Mound Bayou came to represent all that Black towns meant to their populations.

In 1930, Isaiah Montgomery said about the imminent threat of racial violence: “The Negroes who have shaped and controlled the destiny of Mound Bayou understand conditions too well to allow any radical or indiscreet policy to prevail here.” In the words of Michael Premor, “Mound Bayou was an oasis in turbulent times.” In 1942, the Taborian Hospital opened in Mound Bayou—the first of six charity hospitals in Mississippi to cater to the Black population. For decades, Black towns were places where the violent norms of Black life in America were at least temporarily quelled within the bounds of the city. They mitigated the white supremacy that limited Black access to healthcare, entrepreneurship, and day-to-day agency.

Five years ago, The Washington Post carried a story about the presumed “death” of Black towns, told through the case of Sugarland, Maryland. Like Mound Bayou, Sugarland was one of some two hundred Black towns that existed across the United States. Founded by three former slaves in 1871, Sugarland maintained its own general store, post office, fruit orchards, and gathering places. In the article, Sugarland and other Black towns like Unionville, Maryland; Hobson City, Alabama; and Rentiesville, Oklahoma exists only as a relic of a Black autonomous past. By 1997, the demise of what was once, in Ta-Nehisi Coates’ opinion “a Garveyite’s dream” was nearly final. The final blow to Black towns, which are overwhelmingly rural, was dealt by a combination of the Great Depression and out-migration to urban centers in the World War II and post-war eras.

Karla Slocum, public policy and cultural anthropology scholar at UNC-Chapel Hill, has written a work that counteracts these narratives about Black towns. In Black Towns, Black Futures: The Enduring Allure of a Black Place in the American West, Slocum commands our attention to the living significance of Black towns in the twenty-first century, rather than their demise. Focusing on the years from 2004 to 2012, Slocum argues that Black towns—like Mound Bayou and Sugarland—function as both a rearview mirror and crystal ball. As we study their pasts, we can imagine the future of Black spaces and placemaking. Understanding the historical prevalence of Black towns, Slocum argues, “enable[s] ideas about what those communities can be” (12). These spaces are constantly transformed—adapting to any number of dynamics she classifies as “spatially violent” (10). Referencing the theoretical framework posited by George Lipsitz and critical geographic lens of Katherine McKittrick, Slocum dispels the notion that the key takeaway from the study of Black towns is how they function as physical locations, though physical geography is important. Instead, she argues that the lessons learned from Black towns yield a more thorough understanding of a Black sense of place. This includes social, financial, and educational spaces that are carved out of resistance to oppressive forces and offer the potential for “alternative and free-existence communities” (11).

Slocum’s study focuses on the thirteen remaining Black towns in Oklahoma, most particularly on four that are assigned pseudonyms in the book. In five chapters, Slocum paints a picture of the remaining Black towns and what attracts people to them. Again emphasizing the pliant nature of boundaries, Slocum highlights the place of Black towns within and without broader geographies. This is best expressed in the second chapter, “The Case for America,” in which Slocum situates Black towns in a tourist-centric, “historically significant” narrative of Oklahoma history and the mainstreams of American history more broadly—both of which are often considered in opposition to Blackness (41). In this chapter, Slocum’s decision to center her study in Oklahoma justifies itself through her exploration of the Black Heritage Society’s tours of Tulsa, Oklahoma City, and the state’s Black towns. Therein, Slocum follows the Society’s tour guide, Allen, tracing how “Blackness and Americanness intersect” at sites outside of Black towns through the discourse of race (67). Drawing from Michel-Rolph Trouillot’s work on Haiti, Slocum composes a nuanced argument about the dual positioning of Black towns as simultaneously intrinsic to and separate from a popularly accepted history—in this case, the American narrative. 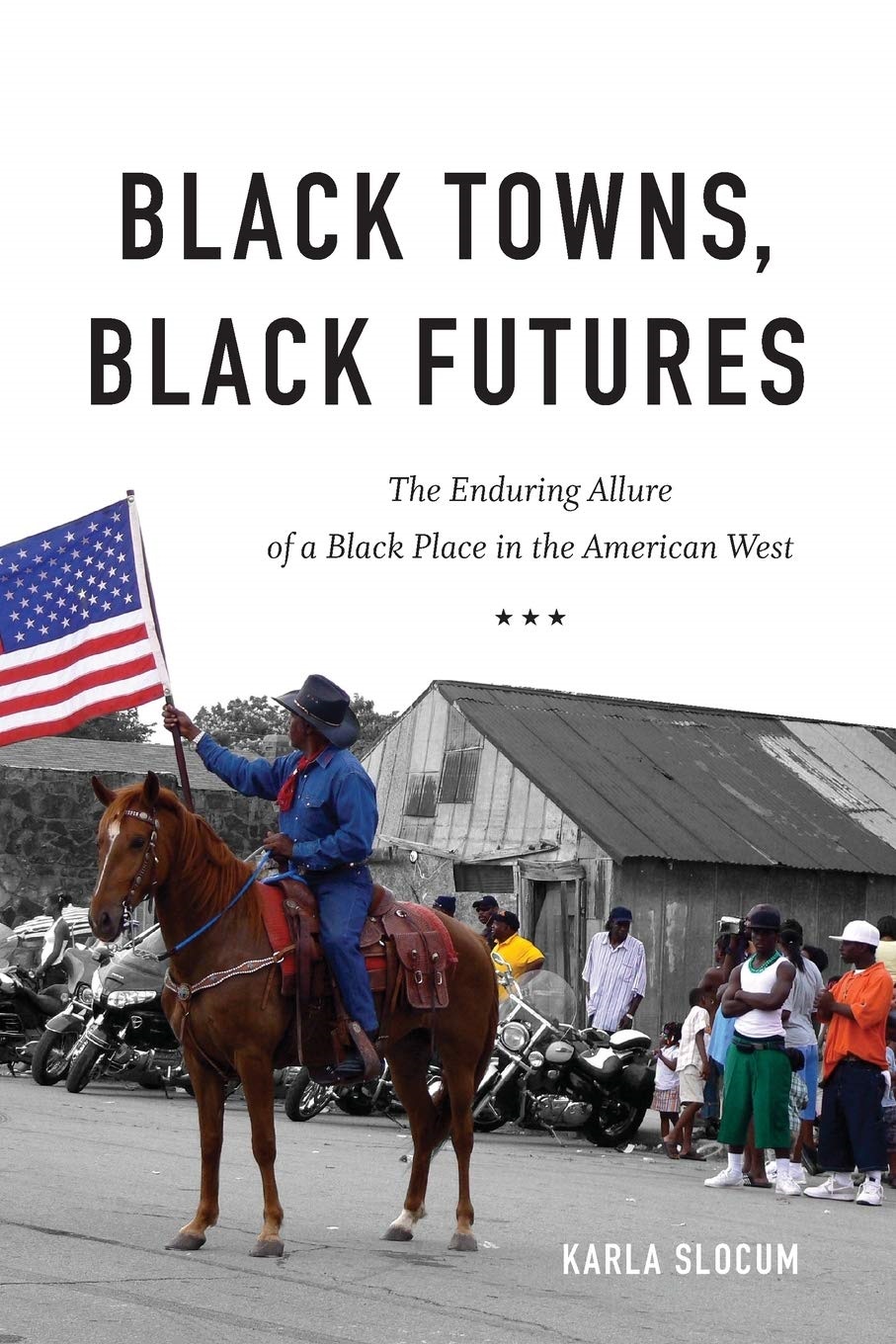 There are a few points throughout the study that warrant more precise attention. For instance, as Slocum reflects on the development of the African American Trails project in the town of Promise (assigned a pseudonym), she reads the project designers as more interested in narratives of “racialized events and conflict with race relations” than in the narrative Black-towners themselves are most proud of: historical entrepreneurship (60). However, Slocum never quite treats these two narratives as intrinsically connected. When we consider the 1921 Tulsa massacre that targeted the Greenwood district known also as “Black Wall Street,” or the burning of People’s Grocery in Memphis in 1892 and the subsequent lynching of the store’s owners, it is clear that racial terror has historically been utilized as a tool against Black entrepreneurs. This reviewer would argue that much of the pride Slocum gathers from the emphasis tourists, guides, and Black town residents place on successful Black-owned businesses is rooted in the fact that those businesses existed in direct defiance of a racial order that would take every opportunity to obviate and obliterate them.

None of that is to say, however, that Slocum’s assessment is at all off-base. The portrayal of the Black American experience on the silver screen over the last few decades suffices to argue that racial conflict and violent events garner the most popular interest. However, Slocum had an opportunity to marry both sides of the narrative on which she did not fully capitalize. She comes close in the conclusion of Chapter Two where she writes that Black towns are “remarkable” in their triumph over odds and describes how tourist events are careful to “place Black towns at the center of America’s themes: racism, capitalism, the modern built environment, Civil War history, and so on” (68) Still, though, it would be good to have her provide a fully fleshed-out opinion on how to treat the narratives of Black entrepreneurship and racial conflict as two sides of the same coin.

At times, it is hard to differentiate what Slocum argues is characteristic of Black towns from what is common throughout small town America. She gestures toward the overlap between rural America and western Black towns in the epilogue, but not explicitly enough to have practical value. For example, in Chapter Three, Slocum points to the popularity of “Walmart runs,” and patronage of superstores as a means of explaining how consumerism in Black towns is directed outward. I would argue, though, that this is less a Black town characteristic than it is a rural one, begging the question of its relevance to the text.

In the same chapter, Slocum references failing businesses and an influx of white investors’ and residents’ interest in Black towns in 2009. However, she omits any mention of the Great Recession and its effects on housing and commercial interests. The reader is left wondering whether the recession’s devastating effects on entrepreneurs and homeowners throughout the country was simply mirrored in those towns or if businesses in Black towns were vulnerable regardless. Moreover, Slocum outlined the process of “rural gentrification” by which whites acquire property in Black towns by scooping up foreclosed property or taking advantage of low property values (85). Yet, again, she does not indicate if that phenomenon is unique to Black towns. Perhaps situating the “Economic Futures” chapter in the context of the recession would strengthen Slocum’s commentary on the livelihood of Black-owned businesses and the attractiveness of Black towns to white investors.

The major strength of Black Towns, Black Futures is Slocum’s interrogation of merit and worth outside of capitalistic value. This intellectual thread unites the entire text, truly cresting in Chapter Five. Slocum wrestles with the “material fragility” of Black towns in contention with their prominence as cultural epicenters (133). She balances the continuation of culturally significant practices—like the Boley Rodeo—with hopes for newness and revitalization. She demonstrates the power of resisting narratives that privilege a one-dimensional depiction of Blackness and accepting that these towns exist as living sites of negotiation. Masterfully weaving their voices into her scholarship, Slocum allows the reader to get this understanding directly from Black town residents themselves and for that, I am certainly grateful.

Camille Goldmon is a PhD candidate at Emory University in the History Department. Goldmon received both the BA and MA degrees in History from the University of Arkansas.